President Joe Biden is endorsing recommendations from an independent commission that sexual assault cases in the military be prosecuted outside the chain of command.

Biden asked Defense Secretary Lloyd Austin to create a review of sexual assault and harassment in the military earlier this year, and the independent commission is set to release its findings Friday, including recommendations for changes.

The president endorsed the recommendations in the report, according to senior administration officials in a press call Thursday — including shifting prosecution of sexual assault cases to special victims prosecutors, as well as having sexual assault response coordinators and victims’ advocates outside of the command structure.

After meeting with hundreds of survivors, former service members, advocates and more, the commission found that, although senior leaders say there is no tolerance for harassment in the military, junior women experienced demeaning language and sexual harassment nearly daily and were told it was just what they should expect.

The commission recommended that commanders set the standards for showing there is no tolerance in practice by interrupting such behaviors and speaking out.

A 2019 Pentagon report found that sexual assault rates among service members had spiked in recent years, with a 38% rise in reported military sexual assaults from 2016 to 2018. 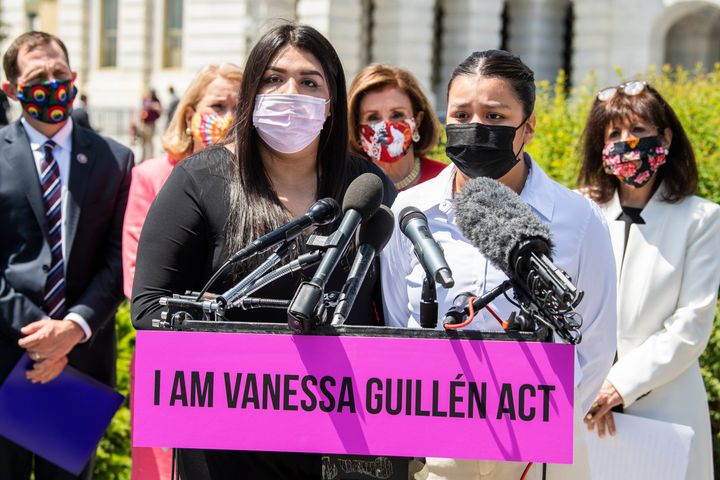 In 2020, a soldier in Texas, Vanessa Guillen, was bludgeoned to death at Fort Hood by a fellow soldier. Guillen had reported sexual harassment before she was murdered.

Sen. Kirsten Gillibrand (D-N.Y.) has introduced legislation to move the decision to prosecute sexual assault cases in the military outside the chain of command.

The independent commission also found that sexual assault and harassment victims carried a heavy burden, with many who had reported incidents later regretting it due to being ostracized or bullied and having trouble accessing quality services.

The report recommended hiring people who would specifically work on sexual harassment prevention in the military and could emphasize online harassment as well. It also recommended that there be more transparency around disciplinary actions for perpetrators.

Over the next few months, the White House and Pentagon are expected to consult on how the Department of Defense will implement these recommendations, and Biden aims to work with Congress to amend the Uniform Code of Military Justice.

Biden expressed gratitude to the survivors who shared their stories and made recommendations to the commission, according to senior officials. The president also thanked Gillibrand for her years of advocacy on the issue of sexual assault in the military.