Will the president say anything on the border crisis during speech to Congress? Former chief of U.S. Border Patrol Ron Vitiello weighs in.

EXCLUSIVE – Republican state attorneys general are taking an aggressive approach to suing the Biden administration for its southern border policies and consider themselves “the last line of defense,” attacking the Democratic regime’s policies on multiple fronts before President Biden hits 100 days in office.

“It is the pinnacle of hypocrisy for the Biden administration to claim it supports protecting our environment while simultaneously ignoring laws established for that very purpose,” Brnovich said, adding that each migrant who crosses the border leaves behind 6 to 8 pounds of trash. “The left for years has used NEPA to stop development and highways and all sorts of projects while they wait for an environmental impact study.” 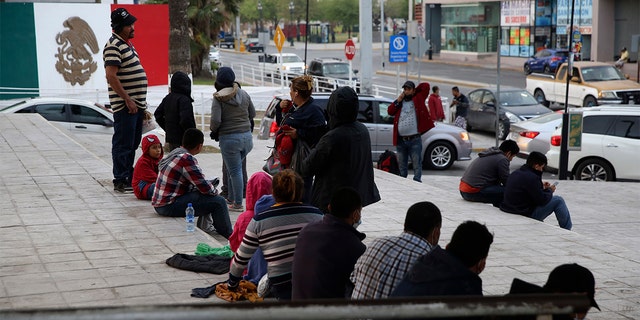 Migrants recently expelled from the U.S. after trying to seek asylum sit next to the international bridge in the Mexican border city of Reynosa, Saturday, March 27, 2021. (AP Photo/Dario Lopez-Mills)

The Republican Attorneys General Association has brought together attorneys general from border and non-border states to push back against the administration.

“The key thing is the states are being very aggressive right now,” Republican Attorneys General Association executive director Peter Bisbee told Fox News in an interview. “If there’s something unconstitutional that a state can challenge, it’s going to challenge it in court.”

Texas Attorney General Ken Paxton and Florida Attorney General Ashley Moody have also led on such lawsuits, including Paxton’s recent suit against the Biden administration for allegedly encouraging the spread of coronavirus at the border by allowing large numbers of migrants into the U.S., often into overcrowded facilities.

They’ve already enjoyed some victories. In January, a federal judge temporarily blocked Biden’s attempt to put a moratorium on deportations for 100 days after Texas filed suit.

Such court battles can take a long time to play out, but with Democrats in control of Congress, many Republican state attorneys general feel that taking action is the only way to get things done. 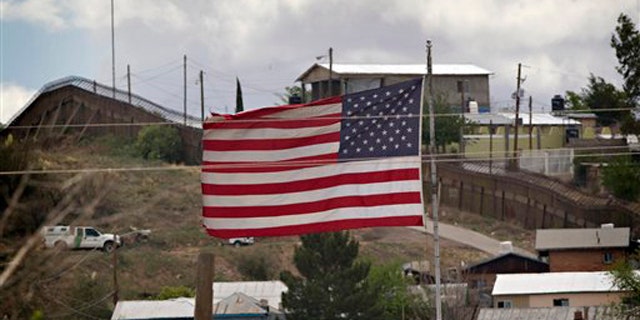 In this April 22 photo, the American flag flies along the international border in Nogales, Ariz. (AP Photo)
(AP2010)

“If you’re able to score a nationwide injunction on a policy, it is stopping it in its tracks,” Bisbee said. “The one thing it does every time you challenge policy from the  federal government … resources are going to have to be shifted to defend what they’re doing in court.”

“Agencies … are now having to shift to the defensive and explain why what they’re doing is constitutional,” he continued. “That allows the opportunity for that agenda to be whittled away piece by piece. It’s not rapid … but the seeds become sown for these policies to slowly dissolve.”

Brnovich said he will use all “the tools in my toolbox” to combat Biden’s border policies that affect his state and the nation.

“This isn’t just an Arizona problem. When you have an estimated two million people crossing, that is like the entire state of Nebraska,” he said. “Lots of elected officials … talk the talk but they never walk the walk. I think it’s important that we have officials that understand that it’s not enough to say we have a crisis, we have to do something about it.”