WASHINGTON ― President Joe Biden has enthusiastically undone policy after policy undertaken by his predecessor, some on his first day in office, but he had little leeway with the peace agreement signed with the Taliban in February 2020, national security adviser Jake Sullivan said Tuesday.

“Walking away from that was not just kind of a cost-free proposition for the United States,” Sullivan said of the peace deal struck by former President Donald Trump’s administration with the group that has retaken control of Afghanistan after a 20-year war against its U.S.-backed government.

Trump had set a May 1, 2021, deadline for the departure of U.S. forces, and Sullivan said the Taliban would have started attacking American troops despite the extremist group’s own failure to meet that deal’s obligations, such as no longer harboring terrorists and entering peace negotiations with the Afghan government.

“On May 2, the Taliban offensive was going to start. The Taliban onslaught was going to happen,” Sullivan said. “And the question facing the president was, would increasing numbers of American troops be in the teeth of that offensive or would we draw it down and try and give all the capabilities necessary for the Afghan government and the Afghan army to step up to that?”

Some of Trump’s advisers have said the 2020 agreement should not have been honored. “The Taliban are butchers. We demanded a set of conditions and made clear the costs we would impose if they failed to deliver. They haven’t. The deterrence we achieved held during our time. This administration has failed,” former Secretary of State Mike Pompeo wrote in a Twitter post Saturday. 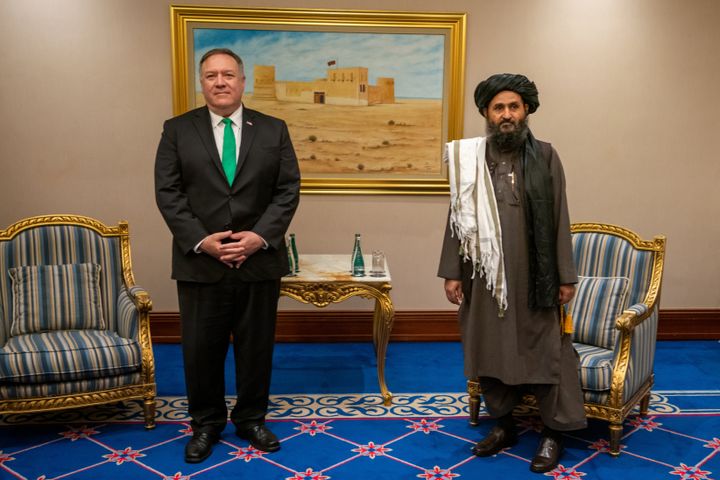 But Sullivan said demanding to renegotiate, given the troop levels Trump had left in the country by the time he left office, was not realistic.

“That is the situation that he was placed in with a mere 2,500 troops in country when he took over. This was a choice between dramatically ramping up forces to fight or drawing them down to end our military involvement,” he said.

Sullivan spent nearly 50 minutes taking questions in the White House briefing room, spending much of it trying to counter criticisms the administration has received from Republicans and some Democrats.

On why Biden did not start evacuating both Americans and Afghans who worked with the U.S. and felt their lives would be at risk under Taliban rule much sooner, Sullivan said the State Department had been advising U.S. citizens to leave Afghanistan for weeks but that some had declined. Further, he said, the Afghan government “made a passionate case” that Biden not step up evacuations because doing so would “trigger a loss of confidence in the government.”

As to military equipment, such as Black Hawk helicopters that were left behind and now could be used by the Taliban or terrorist groups against the United States, Sullivan said that was among the tough choices that faced Biden.

“Those Black Hawks were not given to the Taliban. They were given to the Afghan National Security Forces to be able to defend themselves at the specific request of President [Ashraf] Ghani, who came to the Oval Office and asked for additional air capability, among other things,” Sullivan said. “So the president had a choice. He could not give it to them with the risk that it would fall into the Taliban’s hands eventually or he could give it to them with the hope that they could deploy it in service of defending their country.” 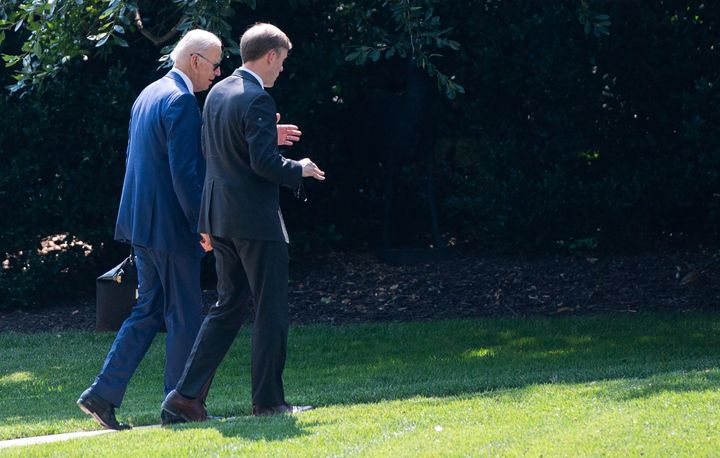 Trump, who tried to overthrow American democracy to remain in power despite losing reelection in 2020, continued attacking Biden on Tuesday for the chaotic withdrawal despite his own push for an even earlier departure.

In an April 18 statement, Trump called the decision to leave Afghanistan “a wonderful and positive thing to do” and urged that it happen still earlier than Biden’s deadline, which at the time was Sept. 11.

Trump claimed last year that “the relationship is very good that I have with the mullah” referring to the co-founder of the Taliban, whose members Trump initially invited to Camp David within days of the 18th anniversary of the Sept. 11, 2001, terrorist attacks on the United States.

The Taliban allowed Al Qaeda to train for those attacks in Afghanistan and then refused to turn its leaders over, leading to President George W. Bush’s decision in October 2001 to invade Afghanistan and remove the Taliban from power.

A Department of Defense report this past February found that the Taliban had not cut ties with Al Qaeda and instead had integrated with the terrorist group ― in abrogation of the deal it agreed to a year earlier.