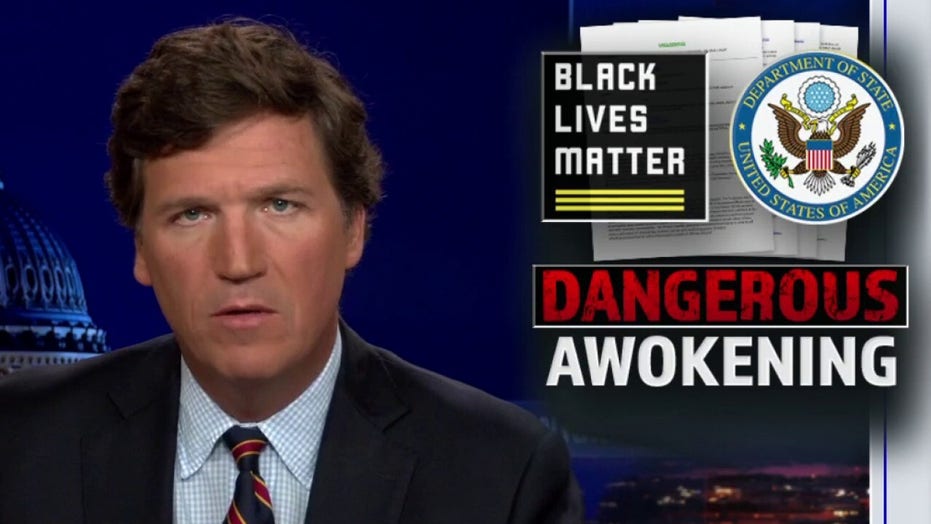 The Department of State under President Biden issued guidance to all “Diplomatic and Consular posts” encouraging official displays of support for Black Lives Matter (BLM) on the one-year anniversary of George Floyd’s murder on May 25 and beyond, according to a new report.

According to a leaked memo from an anonymous State Department source, the department wrote that it “supports the use of the term ‘Black Lives Matter’ in messaging content” as well as in speeches and foreign diplomatic engagements on May 25 “and beyond.”

The memo allows U.S. diplomats to fly the Black Lives Matter flag outside of embassies. Fox News verified the authenticity of the memo first reported by Human Events, a conservative American political news and analysis newspaper and website.

Specifically, the memo acts as an “authorization” for agency higher-ups to “display the BLM flag on the external-facing flagpole to any Chiefs of Mission who determine such a display is appropriate in light of local conditions.”

In a statement to Fox News on Tuesday, a spokesperson for the State Department said the agency does not “comment on the authenticity or veracity of allegedly leaked documents” as a general matter.

Similar to the BLM banner, Secretary of State Anthony Blinken also previously authorized embassies to fly the LGBTQ pride flag from May 17 through the end of June in recognition of Pride Month celebrations, reversing a Trump-era policy.

BLM has come under scrutiny recently for different reasons, including when armed BLM protesters swarmed a restaurant in Louisville on the anniversary of Breonna Taylor’s death and when BLM supporters rallied behind a carjacker killed in a police-involved shooting in Minnesota, but left after learning he was White.

Additionally, BLM co-founder Patrisse Khan-Cullors — a self-described “Marxist” — came under heavy fire in the media after purchasing multiple multimillion-dollar homes across the U.S.

BLM put out a statement on Twitter following the reports of Khan-Cullors’ property purchases claiming the reports were “narratives” that were “generated by right-wing forces intent on reducing the support and influence of a movement that is larger than any one organization.”

“This right-wing offensive not only puts Patrisse, her child and her loved ones in harm’s way, it also continues a tradition of terror by [W]hite supremacists against Black activists,” the release also claims.

After the New York Post’s report on the property acquisitions dropped last month, Facebook blocked the article from being shared on their platform, sparking backlash from conservatives.

On Monday, it was reported that a prominent BLM activist in the United Kingdom, Sasha Johnson, was shot in the head at a party and in critical condition.