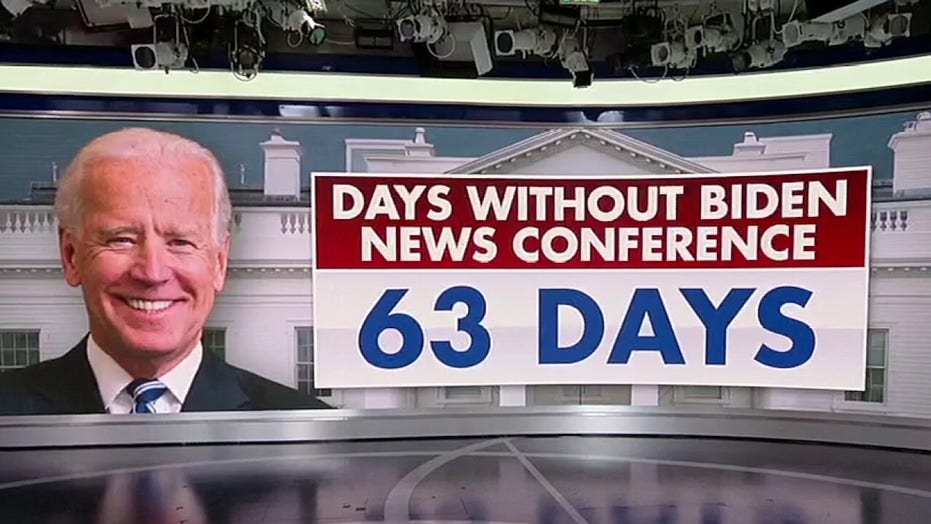 Fox News contributor Joe Concha reacts to a left-wing Washington Post columnist warning media members to not be too aggressive against President Biden.

President Biden will hold his first news conference as commander-in-chief Thursday at 1:15 p.m. EST in the East Room of the White House.

The conference will be streamed on Fox News Channel and Fox News Digital.

Biden’s first press conference comes over two months into the new administration, a delay that raised eyebrows in the media world.

Donald Trump waited 27 days into his presidency to hold a press conference, Barack Obama waited just 20 days before holding one, and George W. Bush waited 33 days before taking questions from the press in a formal setting.

“The president takes questions several times a week,” White House press secretary Jen Psaki told reporters. “Which is an opportunity for the people covering the White House to ask him about whatever news is happening on any given day.”

Biden’s first face-off with reporters comes on the heels of a surge in migrants at the southern border and two deadly mass shootings, which prompted Democratic calls for gun control measures. The White House has already said Biden will be pursuing executive action on gun control, in addition to legislative pathways.