Bank of England 'asleep at the wheel' on inflation says Carver

The grim forecast was made as the Bank of England is expected to hike interest rates by the highest level in nearly three decades tomorrow (Thursday). 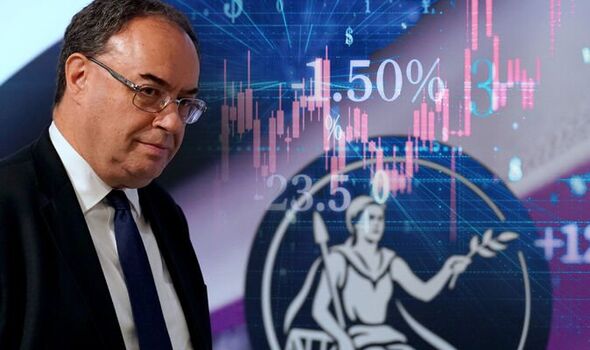 With inflation currently running at a 40-year high of 9.4 per cent, rate setters are predicted to announce a rise in the base rate from 1.25 per cent to 1.75 per cent as they battle to bring the cost of living down.

Previous BofE predictions forecast that the Consumer Prices Index measure of inflation would peak at around 11 per cent this autumn, before falling back.

But the Resolution Foundation think tank today warned of further misery to come on the back of rampant energy costs.

“It is now plausible inflation could rise to 15 per cent in the first quarter of 2023,” said Jack Leslie, senior economist at the Foundation.

“The outlook for inflation is highly uncertain, largely driven by unpredictable gas prices, but changes over recent months suggest that the Bank of England is likely to forecast a higher and later peak for inflation.

“While market prices for some core goods – including oil, corn and wheat – have fallen since their peak earlier this year, these prices haven’t yet fed through into consumer costs and remain considerably higher than they were in January.”

While the prices of some global commodities, such as oil, have come off their peaks, the gas price is obliterating household budgets. Gas prices are expected to be around 50 per cent higher this winter than they were in the immediate aftermath of the Russian attack on Ukraine.

And the energy price cap will remain higher than £3,300 from October to at least the start of 2024, according to consultancy Cornwall Insight.

Economists, businesses and mortgage payers will be bracing themselves for today’s (THURS) noon announcement from the BofE’s Monetary Policy Committee. The Bank has raised rates five times since December – taking them from 0.1 per cent to 1.25 per cent – as it battles soaring inflation.

A more aggressive hike of 0.5 per cent to 1.75 per cent would be the sharpest increase in borrowing costs since 1995.

With the average UK property costing £270,708, with a 75 per cent loan-to-value, a 0.5 per cent hike means mortgage repayments will cost £196 per month more than in November last year.

If the BoE raises the rate by 0.25 per cent, the same mortgage repayments will have risen by £144 per month since November 2021. 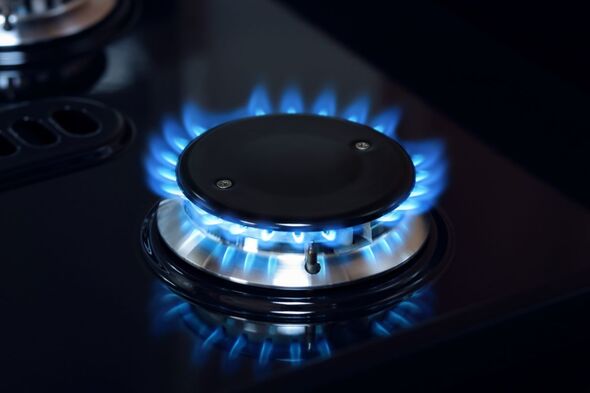 And with 850,000 properties on tracker mortgages and 1.1m on Standard Variable Rates, as many as 20m homeloan payers (one in four) will have no protection against any jump. With inflation at 9.4 per cent, hardpressed homeowners are already facing rising food, fuel and energy prices.

Central banks usually raise rates when inflation gets out of control as, in theory, this should help keep a lid on prices by encouraging saving rather than spending. But many experts fear that overly aggressive rate increases could slam the brakes on the Covid recovery.

Since pandemic lockdowns ended, workers have been in high demand, leading to historically low levels of unemployment. This could now start to reverse as businesses battered by higher prices and the rising cost of borrowing look to make redundancies.

And, at their last meeting in June, three MPC members had already voted for further and faster base rate hikes.

“After a number of central banks across the world have picked up the pace of their tightening cycle, the Bank of England is starting to look like something of a laggard when it comes to raising rates,” said Luke Bartholomew, senior economist at asset manager Abrdn.

“We expect this impression to be somewhat corrected with the Bank hiking interest rates by half a per cent.”

This would be the biggest single interest rate hike since 1995. The last time rates rose by more than 0.5 per cent was 1989.

“Markets are putting an 87 per cent chance on a 0.5 per cent increase to 1.75 per cent at this meeting,” said Russ Mould, investment director at AJ Bell.

Alastair Douglas, chief executive of TotallyMoney, said: “The latest interest rate hike will serve as yet another blow to the two million mortgage borrowers without a fixed-rate deal.

“What’s more, this isn’t an isolated problem. With everything ranging from phone bills to food feeding inflation, costs will continue to soar over the upcoming months, increasing pressure on household finances for millions.

“The one in three homeowners whose fixed-rate deal is soon coming to an end should start planning ahead. Not only is the Standard Variable Rate rising, but new deals are also getting more expensive.”

However, according to the financial markets, there is still approximately a one in eight chance that rates will not go up by the full half point.

Samuel Tombs and Gabriella Dickens, economists at Pantheon Macroeconomics, argued that market watchers should not take a big hike for granted.

“The MPC’s interest rate decision next week is a very close call, but on balance we think the committee will stick to its slow and steady approach,”
they said.

“The MPC began its tightening cycle earlier than the US Fed and the European Central Bank, leaving it with less need to rush now. We doubt the MPC will judge that the bank rate needs to rise as quickly as markets expect.”

Conservative leadership candidate Rishi Sunak warned his rival Liz Truss that the tax cuts she has promised would “stoke inflation”.

Mr Sunak has faced attacks from Ms Truss for overseeing rising taxes while in No 11 during the pandemic, as she pledges a more radical plan to slash them. He has insisted he does want to see taxes come down, but argues it is necessary to bring inflation under control before making major changes.