Border Patrol agents in the Del Rio Sector have seen a 911% in illegal immigrants found hiding on trains in the sector’s Uvalde Station compared to the same time last fiscal year – the latest sign of a dramatic surge in illegal immigration at the border, and the state of the ongoing border crisis.

In a press release, Customs and Border Protection said that in FY 2020, Del Rio Sector agents apprehended 372 illegal immigrants. During the current fiscal year, with three months still to go, agents have encountered 3,390.

Skero also noted the increased risk due to the heightened summer temperatures in the South.

“They are found hiding in many dangerous storage areas to avoid detection, putting their lives at risk,” he said. “With the increase in temperatures during the summer months, this mode of transportation could turn deadly.”

Fox News has previously reported on a number of instances where migrants are being found in packed U-Haul vans, often with 100+ degree heat.

There were more than 180,000 migrant encounters in May alone, and it is not known how many illegal immigrants are sneaking past overwhelmed agents. However, agents in multiple sectors have reported apprehensions of gang members – including members of MS-13 – as well as other criminal illegal immigrants such as child sex offenders. 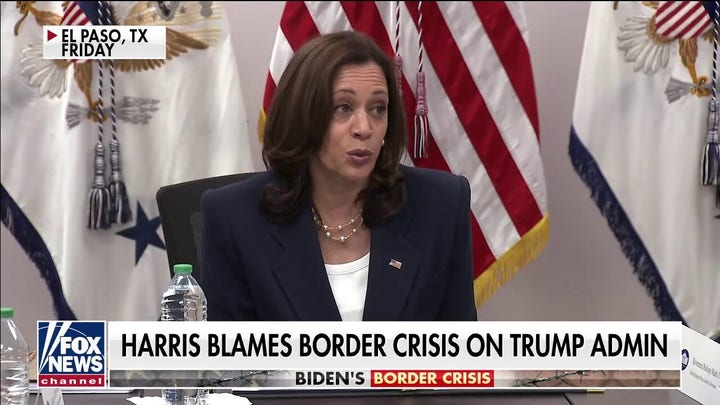 The agency said that since Oct. 1, the beginning of Fiscal Year 2021, agents in the sector have arrested 95 convicted sex offenders – making a 3,166% increase over the same timeframe last fiscal year.

Vice President Kamala Harris on Friday visited the border for the first time since being put in charge of tackling the “root causes” of the migrant surge at the southern border. However, she came under criticism from Republicans and others who accused her of avoiding the harder hit areas of the border for a more politically convenient spot.