Australia’s newest low-cost carrier Bonza has finally secured its approval to fly, 15 months after it launched its business.

The Civil Aviation Safety Authority granted the fledgling airline its long-awaited Air Operator Certificate on Thursday. The carrier is expected to commence flying within weeks. Its planned flight network covers 17 destinations and 27 routes including Albury, Bundaberg, Toowoomba and the Whitsunday Coast.

The airline’s chief executive Tim Jordan said the approval was historic, and doubled down on the airline’s promise to deliver low-cost airfares and unique route strategy. 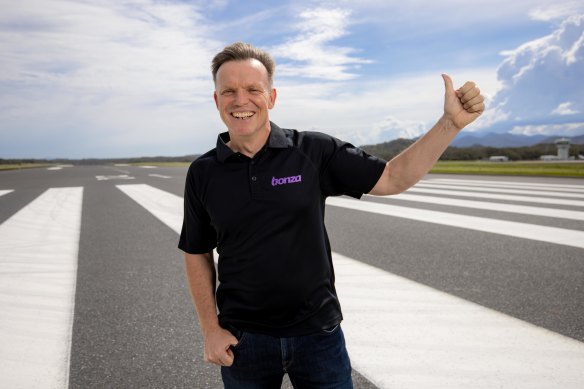 “The excitement for what we are about to deliver is palpable and the timing couldn’t be better. Demand for domestic travel is high and Aussies deserve for travel to be a basic right for many, not a luxury for the few.

“This has never been truer with today’s cost-of-living challenges. With the approval from CASA, 2023 is set to be the year of seeing more of your own backyard for less,” added Jordan.

Minister for Infrastructure, Transport, Regional Development and Local Government Catherine King said it was a “welcome milestone” for Australian aviation as the sector continues its COVID-19 recovery.

“The entry of a new operator will boost competition in the Australian aviation sector, offering more choice to the travelling public, and putting downward pressure on fares,” King said.

A spokesperson said Bonza would begin flying from its Sunshine Coast headquarters before expanding to its Melbourne base, with tickets due to go on sale through it’s Fly Bonza app shortly.

About 93 per cent of Bonza’s initial flight network is not served by any other airline and 96 per cent of the destinations are not flown by a low-cost airline. The airline has committed to offering $50 fares for short-haul flights with longer flights expected to average between $75 and $100.

The model was once stopped by manufacturers after it was marred by a litany of hardware and software issued that resulted in two crashes and more than 300 deaths. Since then, 135 countries have approved them for use. The aircraft is already flying to and from Australia with other international carriers and will be soon used by Virgin Australia. Virgin has ordered eight Max-8’s expected to begin arriving from April this year.

Bonza is relying on the aircraft’s superior fuel efficiency to protect it from the brunt of the jet-fuel crunch and is quick to dismiss industry concerns the airline cannot be profitable with such low prices.

“It’s a new model for Australia, but it works elsewhere. Our fuel-efficient aircraft has high capacity and will only fly two to three times a week. If we were flying 4-6 times a day on major routes with high competition and low capacity, we’d be more worried about profitability,” Bonza’s chief commercial officer Carly Povey told this masthead last year.

Jordan said the airline is firmly focussed on Australia’s ‘tradies, teachers, kids and carers,’ and hopes to compete primarily with those choosing to travel by car, not other airlines.

The Air Operators Certificate is a mandatory license imposed on all commercial operators in Australia. The approval process considers how the operator will meet the required aviation safety standards.

Bonza initially applied for its Air Operator Certificate in April 2022 with a promise to commence services by the middle of last year. This timeline was then pushed back to September and then scrapped when it became clear the approval process was not going to be completed in 2022.

CASA director of aviation safety and chief executive officer Pip Spence said on Thursday that Bonza went through a rigorous assessment and validation process to ensure it could operate safely.

“Australia has one of the safest aviation industries in the world and travellers should be assured when they get on a Bonza aircraft that the operator has been assessed in detail to ensure it complies with the same safety requirements as other Australian airlines,” Spence said.