New York (CNN Business)Almost every tech giant has its sights on gaming. Even Apple and Google, predominantly known for their hardware and operating systems, have made big bets in games.

Microsoft, one of the earliest to get into games with its Xbox consoles in the early 2000s, announced last Monday that it will be shutting down its livestreaming service, Mixer, by July 22. The company acquired Mixer in 2016 and last year paid gaming stars like Ninja millions of dollars to sign exclusive contracts.
Over the past year and a half, Google launched its cloud gaming service Stadia, Apple introduced subscription service Apple Arcade, and Amazon released a free-to-play PC game called “Crucible.” Livestreaming platforms like Facebook Gaming also are vying for audience attention.

But after the splashy launches, whatever happened to Apple Arcade or Google Stadia or some of these other products? We take a look at them below. 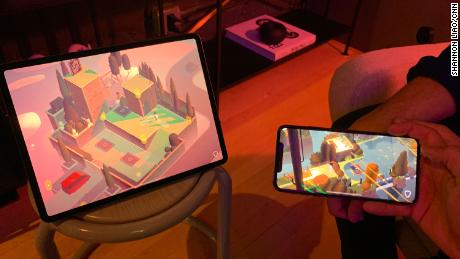 2019 was a big year for Apple launching new services after iPhone sales declined. With consumers holding on to older phones longer and taking their time to upgrade to the latest model, Apple was banking on its new credit card, a new streaming service and even its new gaming venture to bring in the next round of profits.
Apple Arcade, the company’s new game subscription service, launched what was essentially a curated selection of games last Septemer from the company’s App Store. At $4.99 per month, it can be shared on a family plan, making for an affordable deal.
Five dollars a month not seem like a lot of money, but if Arcade is adopted by enough subscribers it could be lucrative for Apple (AAPL). The company hasn’t said how many people use the service.
In September, Joost van Dreunen, founder of video game investment firm New Breukelen estimated 50 million people could subscribe to Arcade within the next two years, which could bring in $250 million for Apple each month, he said.
“I continue to believe that the Apple Arcade has potential, but it has a ways to go,” said van Dreunen on Saturday, “Its titles are beautiful and clever, but appear to serve the Apple aesthetic more than gamers looking for uncomplicated, casual content.”
While the service no longer gets much buzz online, Apple regularly adds new games to it.
Arcade now boasts more than 120 games, playable on iPhone, iPad, iPod touch, Mac and Apple TV. It’s still a viable service for gamers who exist in the Apple ecosystem and don’t own consoles or PCs. 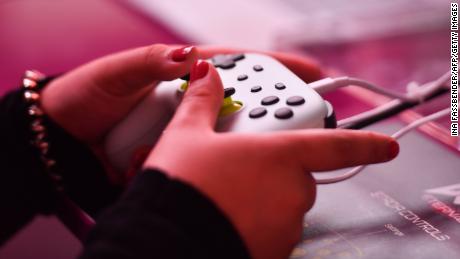 Stadia, Google’s new cloud gaming service, officially launched in November, with some likening it to the Netflix (NFLX) of video games. Stadia users can stream and play games via smartphones, web browsers or wirelessly through a Chromecast.
Stadia succeeds in delivering a console-quality experience without clunky, space-consuming hardware. You also don’t have to wait and install games, saving hours of typical downloading time for serious gamers. In tests that were run last year by CNN Business, Stadia showed minimal lag thanks to the cloud, and the graphics loaded seamlessly on mobile, even in particularly intense battle scenes — as long as the internet connection was strong.
But the platform’s biggest challenge has been in offering content that will attract gamers. Stadia now has more than 55 games on the service, and more are announced each week.
However, critics have noted that many of these games are already available on other platforms and existing consoles, so why should consumers switch to Google Stadia?
“Stadia has a long road ahead,” said Dreunen. “The service is running out of runway to elbow its way into the traditional console space as Sony and Microsoft gear up to release their next gen devices.”
Google declined to say how many users are on the Arcadia platform. 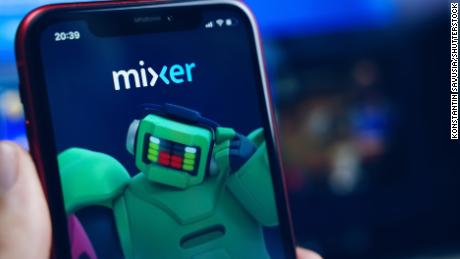 Microsoft is well established in games within the Xbox Fans are anticipating a new Xbox Series X console later this year; Xbox Game Pass had more than 10 million members as of April.
But outside the Xbox ecosystem, other ventures have had mixed results. Mixer is shutting by July 22, redirecting its page to Facebook Gaming. Its content creators learned about the shift when it was announced Monday. In a statement, Microsoft explained that Mixer didn’t grow fast enough to match with the company’s vision.
Now streamers without a home will have to decide whether to migrate to Twitch, Facebook Gaming, YouTube or a smaller platform.
Mixer never grew enough to challenge its livestreaming rivals Twitch, Facebook and YouTube, even though the platform spent millions recruiting talent. Reports from StreamElements last year showed that the hours watched on the platform went up only incrementally after Ninja joined, not enough to gain a lead over Twitch.
By October, Mixer had just 3.2% of hours watched, according to StreamElements, which publishes quarterly reports on streaming. (Twitch, by contrast made up 75.6% of hours watched.)
In a statement, Microsoft explained that Mixer didn’t grow fast enough to match up with the company’s vision for its gamers. “it became clear that the time to grow our own livestreaming community to scale was out of measure with the vision and experiences we want to deliver to gamers now, so we’re shifting our focus to deliver upon that vision.”
Project xCloud, Microsoft’s cloud gaming service, still has potential. It’s in preview on Android in 15 countries with more than 50 games and is set to launch later this year. CEO Satya Nadella said during the company’s April earnings call that hundreds of thousands of people are participating in the xCloud preview. 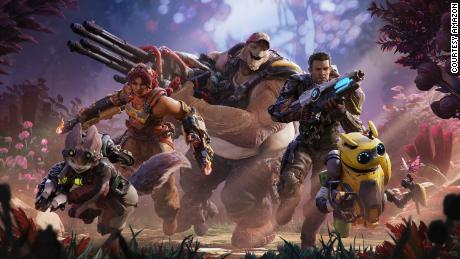 In May, Amazon released a free-to-play shooter “Crucible” on PC. But the game did not get much promotion across the internet. Dreunen, the video game investment firm founder, called it “an unfortunate flop.”
Only a few hundred players are on Crucible at any given time, according to Steam Charts, which pulls data from the PC games platform, a tiny number when compared to blockbuster hits like “Fortnite” and “Valorant.” Amazon did not immediately return a request for comment.
“Crucible” combines elements from adventure and questing games, like defeating monsters for experience points, as well as features from popular shooter games.
Amazon’s game development arm has little brand name recognition, so its reputation will depend on whether fans are enthusiastic about “Crucible” or its upcoming massive multiplayer game “New World,” analysts told CNN Business in May.
Whatever the result, Amazon already has its foot in the gaming industry by offering its web services to major developers and through attracting millions of pageviews on Twitch, the livestreaming king. 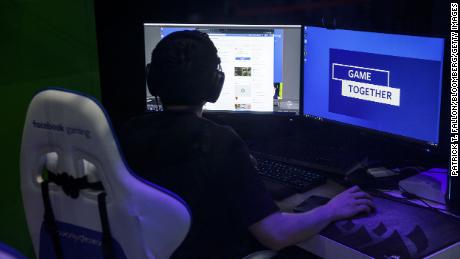 Facebook Gaming launched in 2018 with the potential to leverage the social network’s massive audience.

As of last November, Facebook said more than 700 million of its 2.4 billion active users “engage with” gaming content on its platform each month. But the stat has caveats: Facebook counts anybody who has watched even just one minute of content, played a game or left a comment or reaction within a gaming group.
Unlike Mixer’s tepid growth, Facebook has greatly expanded its platform in hours watched. In April, it brought in 291 million hours watched, compared to Mixer’s 37 million. But both platforms are still dwarfed by Twitch, which saw 1.6 billion total hours watched, according to StreamElements.
Source: Read Full Article