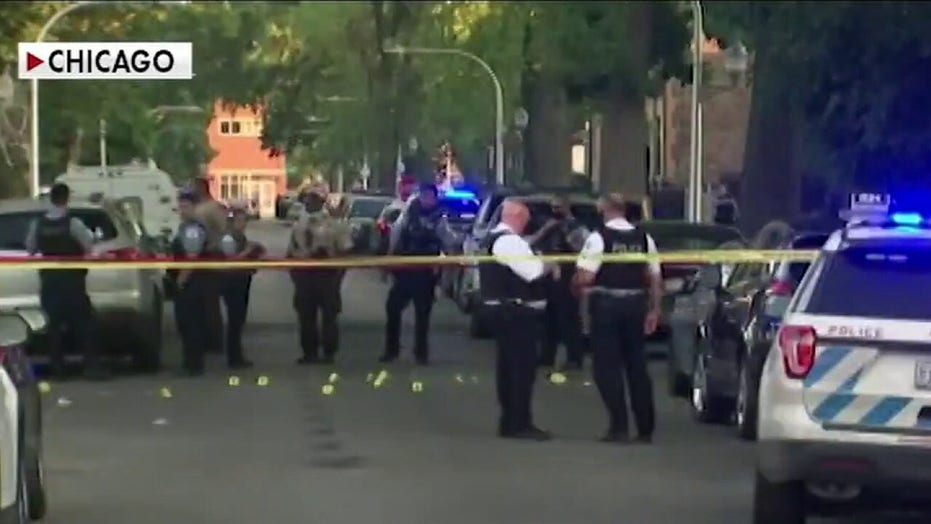 Chicago's Democratic leaders are "too afraid" to ask for federal help in addressing the rampant crime in the city because it could make President Trump a stronger candidate for the 2020 presidential election, said Alderman Anthony Napolitano, who is a former police officer.

“People are too afraid right now to ask for help right now because if it does work, they’re going to make the president look like a success. It’s a political move,” Napolitano told “Fox & Friends” on Monday.

Napolitano said that people should be put first over political matters.

“We are dealing with crime at biblical proportions in Chicago,” Napolitano said.

Napolitano reacted to more than a dozen Chicago elected officials pushing back against a request, made by the police union president, for federal intervention to curb the city's violence.

"On Saturday, Fraternal Order of Police Lodge #7 President John Catanzara released a letter he said was being sent to President Trump, asking for federal assistance. In the letter, Catanzara said Chicago was in "chaos" and that Mayor Lori Lightfoot is 'a complete failure.'"

Chicago on Sunday was reeling from another violent weekend, with nearly 50 shootings – including eight people killed – since Friday, police said.

As of Sunday evening, officials said police had not made any arrests in any of the shootings.

The violence first unfolded around 5:30 p.m. Friday. Three people – a 14-year-old boy, a 21-year-old man, and a 27-year-old woman – were standing on a sidewalk when someone fired shots at them from within a car, WMAQ-TV reported.

Later that evening, an armed suspect kicked in the door of a first-floor apartment and shot a 60-year-old man in the neck and 23-year-old in the arm, police said. The 60-year-old was pronounced dead at the scene and the 23-year-old was recovering at University of Chicago Medical Center in fair condition.

Napolitano said he “prays every night that Democratic mayors will support Trump and back police departments.”

“We’re putting our men and women, our police officers out there, there is a justice movement going on right now where we had a statue in Grant Park — they tried to tear it down. We had 30 officers protecting against about 1000 protestors. It looked like a scene out of 300,” Napolitano said.

Napolitano went on to say, “After this was all said and done, when they adamantly attacked these officers, we were told that anybody that was hurt by officers, they wanted them to file reports against them. What message are we sending to our officers? We’re either protecting them and backing them and saying take care of our city and help protect us, or we’re leaving them out there and hoping that something good happens.”