The firestorm erupted after Meituan founder and CEO Wang Xing posted a poem from the Tang dynasty era on social media last Thursday.
Wang’s original post on the website Fanfou has since been deleted. But Meituan confirmed to CNN Business that it contained the poem “The Book Burning Pit,” written by Chinese poet Zhang Jie more than 1,100 years ago to satirize Qin Shi Huang, who proclaimed himself the first “emperor” of a unified China in 221 BC. 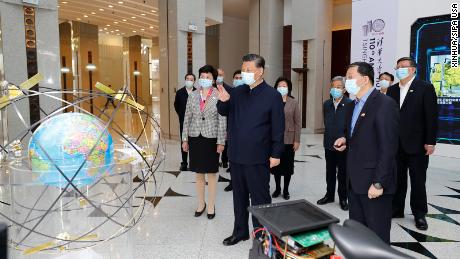 According to official historical records in China, Qin quashed dissent by digging huge pits and burning books that were not approved by his government, and well as burying scholars to discourage people from critiquing his rule.

“It’s just wishful thinking that Qin Shi Huang expects to rely on force to maintain his and his descendants’ rule on China forever,” the poem reads in part. “The ashes in the pits haven’t turned cold yet. But there are already riots in Shandong,” it adds, referring to a major seat of power at the time.

Some on Chinese social media suggested that Wang may have posted the poem as a veiled shot at the government, which is currently reining in some of the country’s biggest tech giants. Others compared the post to a speech Alibaba (BABA) co-founder Jack Ma gave late last year, when he criticized China’s conventional, state-controlled banks for having a “pawn shop” mentality and financial regulators for using outdated methods. Ma’s speech appeared to anger officials in Beijing, and a world record IPO for Alibaba affiliate Ant Group was pulled at the last minute.
As part of the crackdown, Meituan and others, including Alibaba and Tencent (TCEHY), have all either faced fines or have otherwise been investigated and scrutinized in recent months over antitrust or consumer rights concerns.
And the fracas over the poem has underscored the precarious position facing Chinese tech companies like Meituan. Shares in the company plunged some 13% from Thursday through Tuesday, wiping out nearly $30 billion in market value. (The stock has since rebounded a bit, and ended Wednesday up 2.5%).
Meituan told CNN Business that Wang later added a clarification, explaining in another post on Sunday that he was referring to Meituan’s industry competitors.
“A poem from the Tang dynasty has made me sigh a lot these days,” he wrote in the second post, which Meituan provided to CNN Business. “The Qin dynasty was wary of scholars, but Liu Bang and Xiang Yu, whose rebellions overthrew the Qin dynasty, didn’t read. This reminds me that the most dangerous opponents are usually not the ones that you have expected.”
“Alibaba (BABA) has focused on JD.com (JD) all these years, but in the end, it was Pinduoduo (PDD) that suddenly turned up, with its number of users surpassing [Alibaba-owned] Taobao’s in one fell swoop,” he added, referring to China’s largest e-commerce websites. Wang wrote that his own industry, food delivery, may be disrupted by companies or business models “that we haven’t paid attention to.”
The company declined to comment further.
In April, Meituan and dozens of other companies were warned to take a lesson from Alibaba’s record $2.8 billion fine, which antitrust regulators delivered after concluding that the online shopping giant had been behaving like a monopoly. The regulators told the companies that if they did not address any monopolistic behaviors, they could receive “severe punishments.” 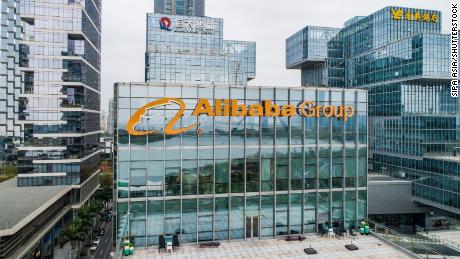 China’s State Administration of Market Regulation later launched an anti-trust investigation into Meituan, adding that it was probing “exclusive dealing agreements.” And the company has since been summoned by various regulators — including on Monday, when it was called to speak with industry watchdogs in Shanghai about consumer rights, according to the Shanghai Consumer Council.

Analysts at Fitch Ratings wrote in a report last month that the regulatory risk for the internet sector was “likely to remain elevated.” The ratings agency added that it could “not rule out fines for other companies” after what happened to Alibaba.
“The poem is so evocative, and Wang Xing posted it at such a critical moment of the big tech crackdown. This is indeed an inappropriate act,” one person wrote on the Twitter-like website Weibo earlier this week. “Wang probably meant his competitors. But apparently investors don’t take it that way. Now is a very sensitive moment.”
Source: Read Full Article