Tianwen-1 is currently orbiting Mars – but its rover will soon make a hair-raising descent to the planet’s desert surface. 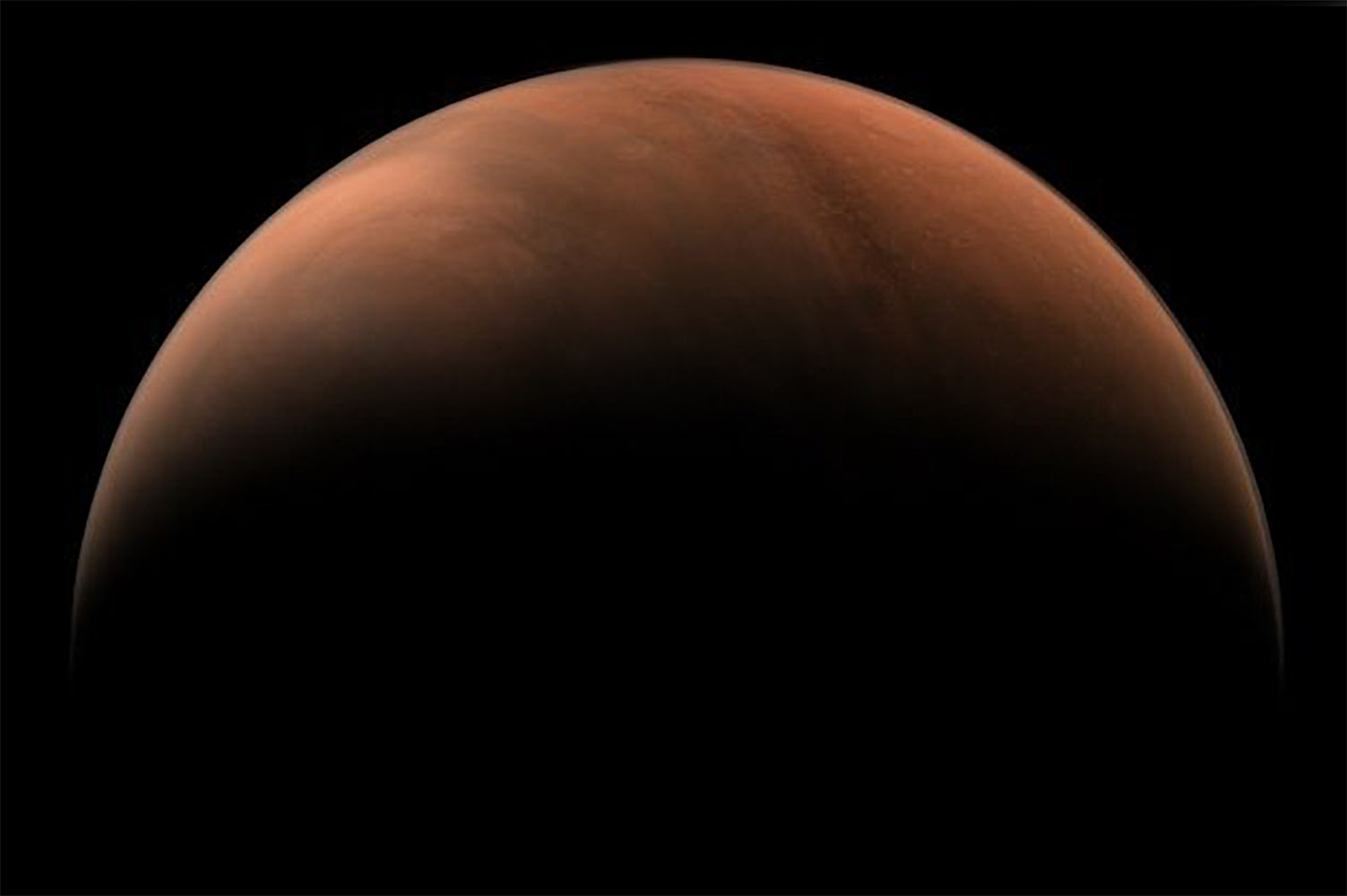 While it awaits the perilous journ1ey, the probe has been capturing valuable data about Mars.

This includes several haunting images of Mars, only partly illuminated by the Sun.

The snaps were taken on March 16 and March 18, using the spacecraft’s mid-resolution camera.

You can see a crescent view of Mars, due to its position relative to the Sun.

At the time of the photographs, Tianwen-1 was a mere 6,835 miles from Mars.

That’s roughly a trip from London to New York and back again. 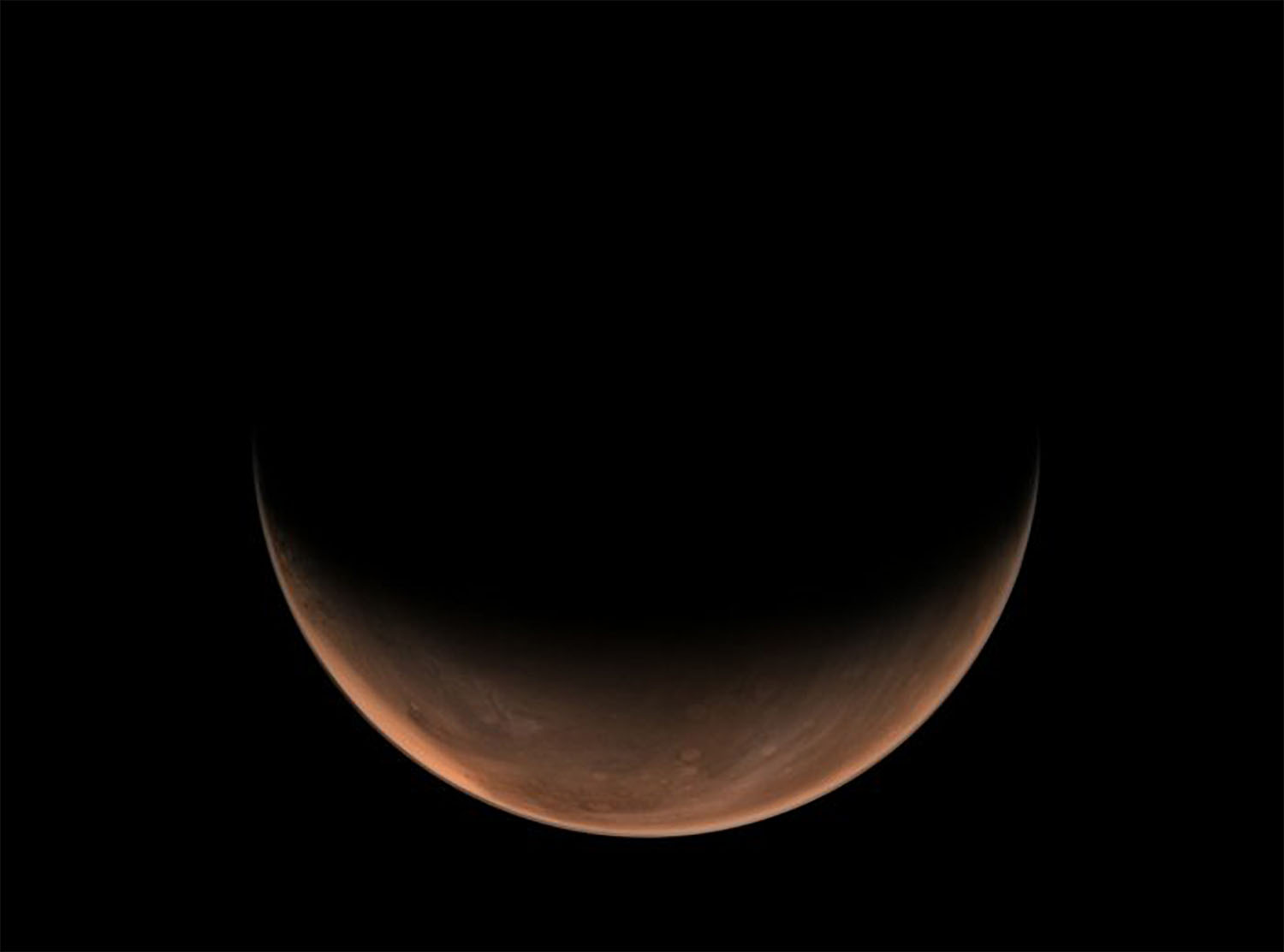 If you look closely, you can see the thin atmosphere encircling the planet.

Tianwen-1 – or the Quest for Heavenly Truth – is a double orbiter and rover.

They will remain paired in orbit around Mars until May, when the lander and rover separate to descend to the arid Martian surface.

If all goes well, China will become only the second country to land successfully on the red planet.

The aim is to explore for underground water as well as searching for evidence of possible ancient life.

Tianwen-1 has travelled more than 300million miles (480million km) since it lifted off on a Long March 5 rocket in July 2020.

The orbiter is expected to last two years and will study the Red Planet's surface using its powerful cameras, as well as a sounding radar. 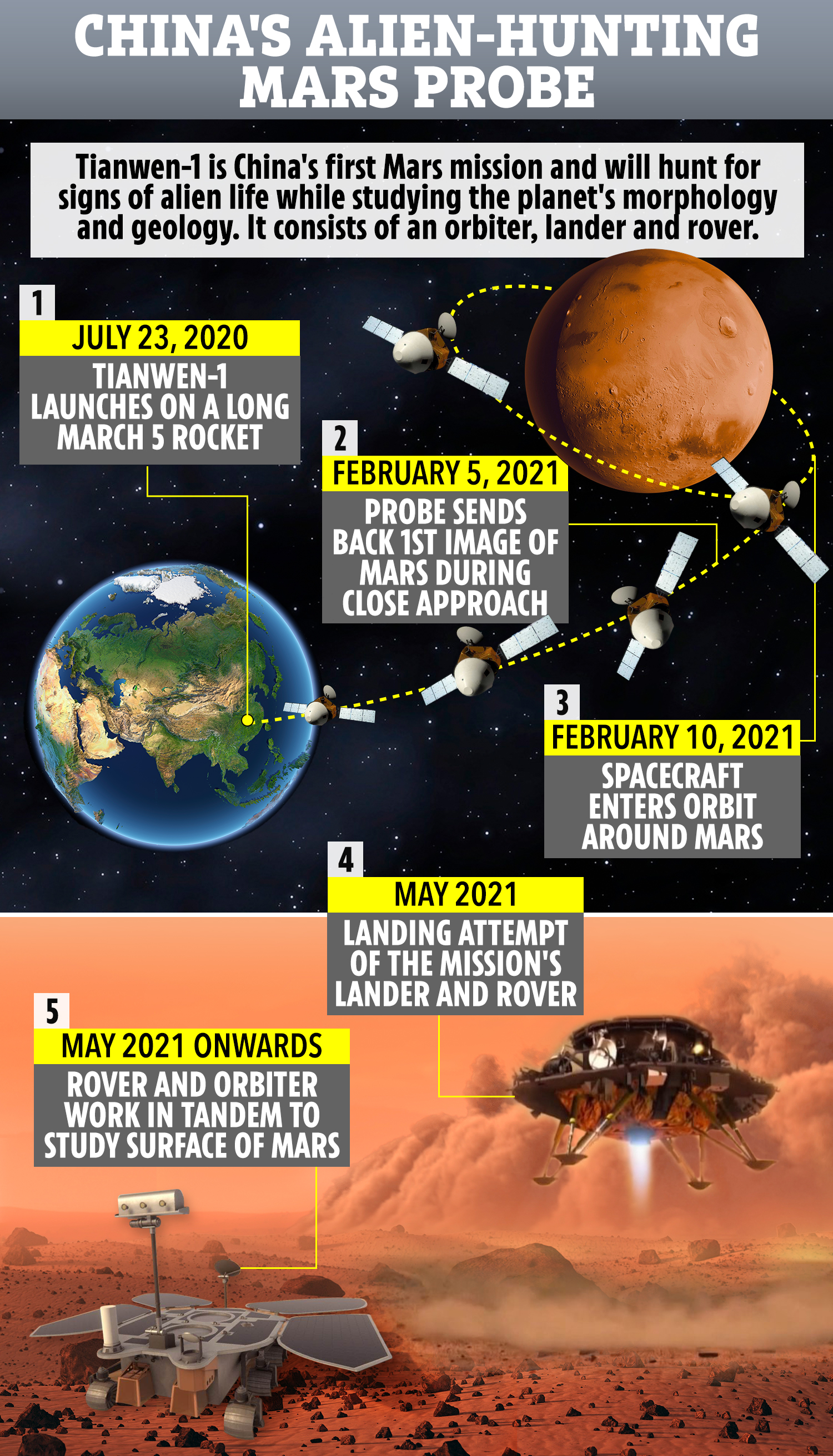 Meanwhile, the solar-powered rover – which weighs a fairly lightweight 240 kilos – has a three-month mission.

It’s packed with cameras, subsurface radar equipment and particle analysers, as well as instruments for the study of magnetic fields.

The rover will examine the composition of Martian rocks and soil as well as the water-ice distribution at the planet’s surface.

China is hoping to add its name to the list of nations that have successfully reached the red planet.

Its first attempt with Russia in 2011 failed to make it through Earth’s orbit.

In other news, Elon Musk has warned that humanity may "self-extinguish" before we can colonise Mars.

Nasa is also due to land an alien-hunting probe on Mars this month.

And, dead alien civilisations could be littered all over our galaxy, according to a new study.