A version of this story appeared in CNN’s Meanwhile in China newsletter, a three-times-a-week update exploring what you need to know about the country’s rise and how it impacts the world. Sign up here.

The 30-year-old livestreamer, also known as Austin Li, was, until recently, one of China’s biggest internet celebrities, with 64 million followers on Taobao, an online shopping platform. He once sold 15,000 lipsticks within 5 minutes in a sales competition against Alibaba founder Jack Ma, winning himself the nickname “China’s lipstick king.”
But the superstar salesman has gone silent after his popular livestream show was abruptly cut off on the eve of the anniversary of the 1989 Tiananmen Square massacre this year. Just before the abrupt ending, Li had shown his audience multi-layer ice cream treat decorated with Oreos and wafers. It resembled a tank.
Hours later, Li issued an apology on his social media account, citing technical issues. 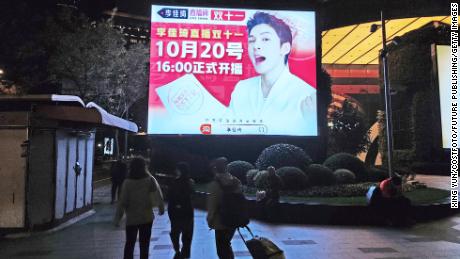 “Sisters, I’m very sorry. We can’t continue the livestreaming tonight because of our internal equipment failure, ” Li said. “You can all go to bed early, please. The products that haven’t been shown will be presented to you in our future livestreaming sessions.”

But Li didn’t show up for two livestreaming events that were scheduled for the following days. Since then, he has disappeared from the online space, suspending all streaming activities without explanation.
His Weibo and WeChat accounts still exist, but haven’t been updated since early June.
The long silence is unusual for Li, who hosted about 250 live streaming sessions last year. Li and his agency did not respond to requests for comment.
He isn’t the only internet star to vanish in China in recent months.
In December, authorities slapped a record $210 million fine for tax evasion on Huang Wei, known to followers as Viya.
Huang had millions of followers on China’s major social media and shopping platforms — including Weibo, Taobao and TikTok’s China version Douyin — but her accounts were removed in December. She has not appeared online since then.
Known in China as the “live-streaming queen,” the 36-year-old had become one of China’s most popular influencers over the last decade, helping to sell goods worth billions of dollars.
While Li and Viya are missing from the internet, an unlikely candidate has emerged to take their spot in China’s livestreaming world.
Dong Yuhui, a former English tutor, attracted millions of followers after he started offering free English-teaching sessions while selling products online. He has helped his company attract 22 million followers on Douyin’s live-streaming platform in under two months.
Viya and Dong did not respond to requests for comment.
The sudden rise and fall of China’s most famous influencers underscores the vulnerability of those who depend on the internet for their livelihood in the world’s second-largest economy.
While Li and Viya were almost certainly censored by the government, the crackdown on livestreamers is part of a wider Communist Party regulatory effort to enforce greater supervision over private industries, ranging from tech to real estate.
Since coming to power in 2012, Chinese leader Xi Jinping has called for the “great rejuvenation of the Chinese nation.” A tighter control over all aspects of society -— business, education, entertainment, and culture — is central to this vision.
Beginning in late 2020, Xi launched a regulatory onslaught intended to “reduce economic inequality” and rein in what the government sees as the excesses of capitalism. The crackdown, at its peak, wiped off $3 trillion in market value for Chinese companies world wide.
“One thing that the Chinese government has demonstrated numerous times over the last several years is that nobody is too important economically, culturally, politically, etc. to be censored, fined, banned, or in the worst case, completely disappeared,” said Cara Wallis, an associate professor at Texas A&M University who studies China’s media industry and online culture.
“This fact, combined with broader geopolitical uncertainty, does make it appear that it is more risky to do business in China right now,” she said. 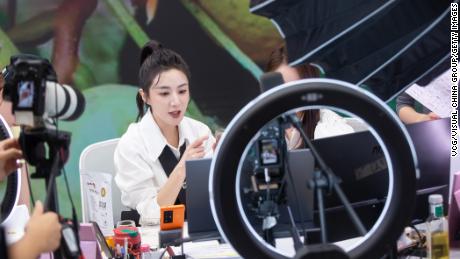 Xi’s government hasn’t shown much tolerance for controversial political statements, no matter who makes them or what the intent of the statement was. So it’s not much of a surprise Li’s tank-shaped ice cream hit a nerve.
The tank shape is a sensitive symbol in China, related to the Tiananmen massacre in 1989. On the eve of June 4, 1989, Chinese leaders sent in tanks and heavily armed troops to clear Beijing’s Tiananmen Square, where student protesters had gathered for weeks to demand democracy and greater freedoms.
The crackdown, which killed hundreds, if not thousands, of unarmed protesters, is shunned in classrooms and strictly censored in media. It is unlikely that people born in mainland China after the incident have much knowledge about it.
Wallis said that Li hasn’t ever been overtly political, and he wouldn’t have had anything to gain by trying to make a political statement.
“Regarding Li Jiaqi, I really do think it was an innocent mistake,” Wallis added. “And, as many have pointed out, most of his fans would probably not even realize any connection between the shape of the ice cream cake and June 4th.”
But the swift ban on him indicates how sensitive Chinese censors might be in this environment, she said.
Rongbin Han, an associate professor at University of Georgia focusing on China’s internet and media politics, also believes Li might have made an “inadvertent” mistake. But the Tiananmen incident topic is a clear taboo in China and the timing is “fatal,” he added.
The fact that Li’s livestreaming was immediately interrupted indicates “the progress the Chinese state has made in the realm of censorship,” Han said. “Clearly, it is going beyond simply keyword filtering.”
“In general, we do see rising level of uncertainty regarding keeping up to political taboos and red lines,” he added. 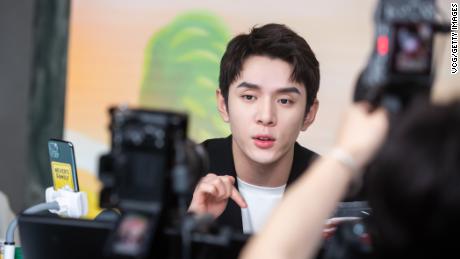 Two weeks after Li’s show was cut off, the National Radio and Television Administration — a top media regulator — and the Ministry of Culture and Tourism jointly released new rules banning 31 “misbehaviors” by livestreaming hosts.
Hosts must “uphold correct political values and social values,” according to the rules. They should also self-regulate and avoid “illegal and harmful” content during the show, and must not publish anything that “undermines the leadership of the Chinese Communist Party. ”
Those who seriously violate the rules will be put on a blacklist and permanently banned from the business, the regulation said.
The new regulation is a latest move by Beijing to intensify its crackdown on the the country’s booming livestreaming industry.
“There probably is a need for some regulation of livestreamers whose content falls within the ‘professional’ areas mentioned in one section of the regulations,” Wallis said, referring to one of the rules that requires livestreamers to have the right qualifications when talking about topics, such as law, finance, medicine, and education.
“But the overall emphasis on harmony, promoting socialist values, correct outlook, etc. throughout the new code of conduct really speaks to tightening ideological control,” she said.
David Craig, a communications professor at University of Southern California, said it’s always been difficult to do business in China, especially as firms and executives grow too powerful economically and culturally, “which the state finds threatening.”
But he noted the timing might be a factor for China’s intensifying control.
“Every five years, these waves of dramatic and exaggerated governance appear right before the [Communist Party congress,]” he said, adding that the dramatic crackdown tends to go away or reduce in severity afterward.
Stability is on top of Beijing’s agenda this year, as Xi looks to secure a third term in power during the twice-in-a-decade leadership reshuffle later in the fall.

A strict crackdown on the ballooning live-streaming industry might not be a good news for China’s economy. According to iResearch Consulting Group, the size of China’s livestreaming e-commerce market hit 1.2 trillion yuan ($178 billion) in 2020, up 197% from the previous year. The consulting firm expected it to grow to 4.9 trillion yuan ($726 billion) by 2023 with the same growth rate.
But that was before the world’s second-largest economy began slowing down.
China’s economy grew only 0.4% in the second quarter from a year ago, the worst performance since early 2020. Consumer spending is weak, while unemployment is rising. Policymakers now face mounting challenges to keep growth steady, as the country contends with a sharp slowdown in activity due to Beijing’s stringent zero-Covid policy, a bruising regulatory crackdown on the private sector, and a real estate crisis that is causing rising bad debts at banks and growing social protests.
Concerned about the worsening outlook, Beijing has signaled that it will relax its yearlong crackdown on the tech sector, long a key growth driver and the main source of well-paid employment.
In recent weeks, top government officials have tried to lift the spirits of the internet industry and pledged to support tech companies that seek to list in overseas markets.
But market confidence remains fragile. Last week, the State Administration for Market Regulation said it had fined a number of technology companies for violating anti-monopoly rules on the disclosure of transactions. The news immediately sparked a fresh stock sell-off.
“The fact that a social media influencer who is not politically motivated may inadvertently become a censorship target clearly sends a signal with chilling effects,” Han said.
“In this regard, it may have adverse effects on the government’s plan to boost the economy,” he said.
The intensifying crackdown against top live-streamers come as the e-commerce industry shows signs of slower growth amid regulatory tightening and economic slowdown.
During this year’s June 18 online shopping festival — China’s second largest e-commerce event after Singles’ Day in November, total sales generated on major e-commerce platforms only increased 0.7% from the same period last year, sharply slowing from the 27% growth in 2021, according to data from Chinese e-commerce analytics firm Syntun.