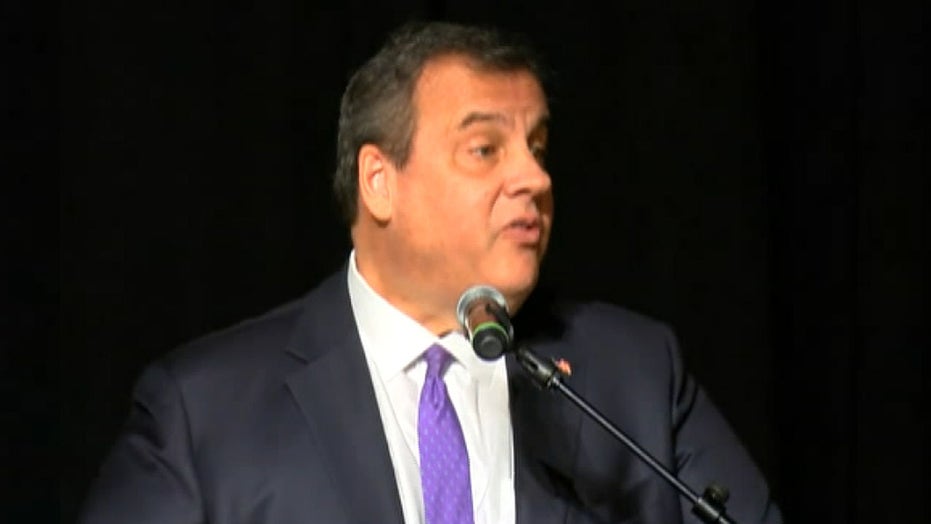 Chris Christie: Biden has got his emotion, passion behind his candidacy, he’s ready to go

Former New Jersey Gov. Chris Christie said on Saturday that he checked into a Morristown Medical Center after testing positive for COVID-19.

Christie made the announcement in a tweet, citing his history of asthma as a reason for taking the "precautionary measure."

"In consultation with my doctors, I checked myself into Morristown Medical Center this afternoon. While I am feeling good and only have mild symptoms, due to my history of asthma we decided this is an important precautionary measure," he said.

In a follow up tweet, he added: "I am thankful for our hardworking medical professionals and look forward to coming home soon."

Christie announced his diagnosis earlier on Saturday after President Trump had similarly checked into the hospital out of "an abundance of caution," according to the White House.

Trump indicated on Sunday that former New Jersey Governor Chris Christie and his attorney, Rudy Giuliani, helped him prep but it's unclear what exactly that entailed.

When a small group of people gathered in the White House's map room on Monday to help Trump prepare for the next evening's debate, none of them was wearing a mask, Christie said on Friday.

"We were – the group was – about five or six people in total," Christie told ABC's "Good Morning America."

Giuliani, along with many others in Trump's orbit, has tested negative for the virus.