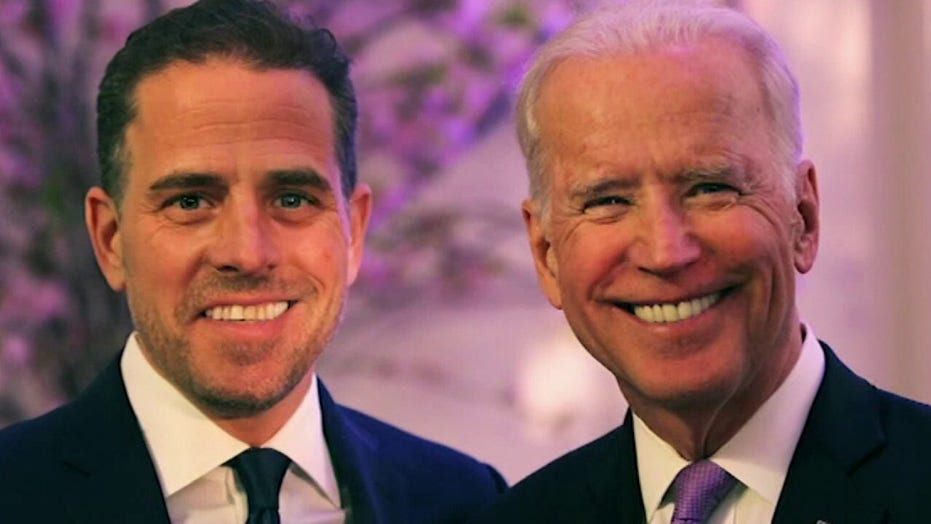 CNN's staple Sunday morning news show was the only one to avoid discussion of the explosive news surrounding the Hunter Biden investigation.

While "Fox News Sunday," NBC's "Meet The Press," ABC's "This Week," and CBS's "Face The Nation" all addressed the legal troubles faced by President-elect Biden's son, CNN's "State of the Union" turned a blind eye to the subject.

Anchor Jake Tapper spent much of his show discussing the coronavirus vaccine with FDA Commissioner Dr. Stephen Hahn and Microsoft co-founder Bill Gates, election integrity with Al Gore and Stacey Abrams, and lambasting GOP lawmakers for expressing their support for President Trump's ongoing challenge to the results of the 2020 presidential election.

The lack of coverage belied the Twitter scolding Tapper gave the Biden transition team last week over a press release that included the statement from Hunter Biden revealing that his "tax affairs" were under investigation by the U.S. Attorney's Office in Delaware.

"CNN’s @evanperez was working on the story about the US [sic] Attorney investigation and reached out to Hunter’s legal team for comment Monday. They spoke on Tuesday and said they would get back to him today. They didn’t. Instead the transition team issued a press release," Tapper tweeted.

He later wrote, "Note to Biden transition team: if your strategy to deal with bad news is to falsely promise a comment to journalists operating in good faith then issue a press release, you will end up getting called late in the process."

Tapper didn't always take the Hunter Biden controversy seriously. During the election campaign, the CNN anchor was quick to dismiss the New York Post's bombshell reporting that shed light on the Biden family's questionable business interests overseas, going so far as to claim that the allegations were "too disgusting" to repeat on air and that the "right wing is going crazy."

"The Trump media, you know, moves immediately from — OK, well, never mind — the [Michael Flynn] unmasking was, you know, found to be completely nonsensical to the latest alleged scandal and expects everybody to just follow suit," CNN President Jeff Zucker told his staff on Oct. 16. "So, I don't think that we should be repeating unsubstantiated smears just because the right-wing media suggests that we should."