If you were to go into your bank account, digitally increase your balance, and then use that new balance to buy things, it would be called fraud.

When the Federal Reserve does that, it is called monetary policy. If you were to offer money to someone in a position of power for a favorable outcome or treatment, it would be called bribery. When big businesses do that with the U.S. government, it’s called lobbying.

If you were to purchase stocks in advance of learning of non-public information or making decisions that influence the stocks’ outcomes, it would be called insider trading. When Congress does that, Speaker of the House Nancy Pelosi calls that part of "…a free market economy."

And, in the case of Speaker Pelosi, owning and trading stocks has netted her family millions of dollars.

While there’s an intellectual argument which I have made before about insider trading getting information to the market more quickly to improve market efficiency, our current markets don’t resemble free, fair and efficient markets. Even if you can argue there is a benefit for insider trading to be made legal, it isn’t legal today. 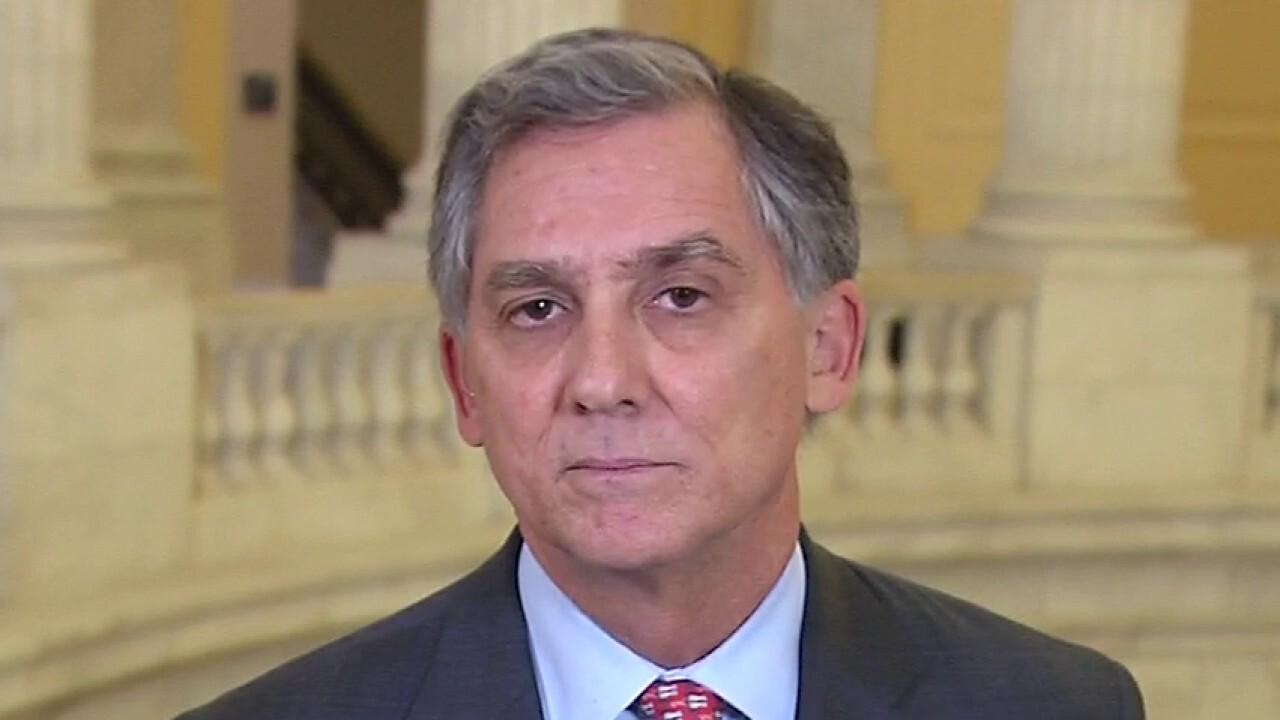 Moreover, that potential legality wouldn’t make sense in all situations; the conflicts presented by those in government trading based on decisions they have influence over creates moral hazard, not efficiency.

Speaker Pelosi was asked recently about the potential to ban members of Congress and their family members from owning individual stocks as a means to avoid such potential conflicts of interest.

Congress is certainly not part of a free market when it inserts itself-with no competition — into all types of law making and capital allocation decisions. 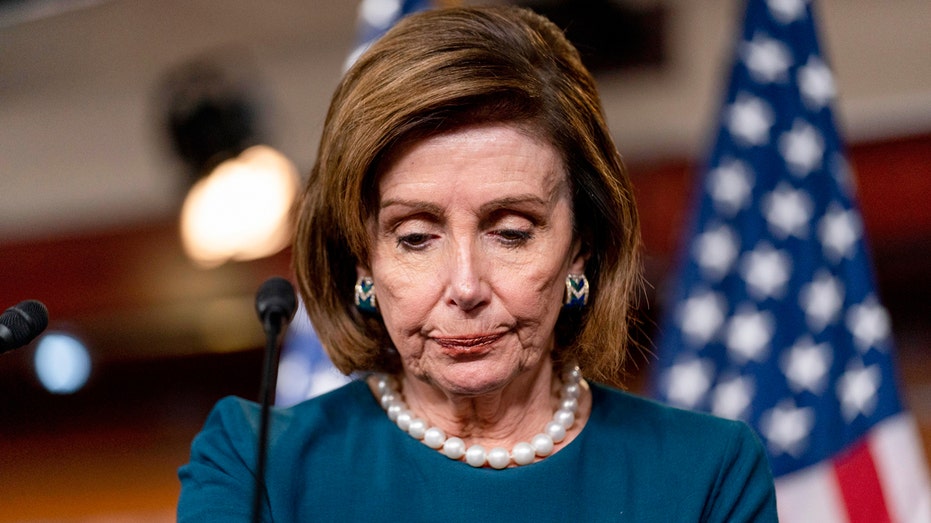 FILE – House Speaker Nancy Pelosi of Calif., listens to a question from a reporter during a news conference on Capitol Hill in Washington, Thursday, Oct. 28, 2021.  (AP  / AP Newsroom)

Congress gets to set the agenda for laws and also is privy to other confidential and non-public material information. These activities, both in the short-term and often in the long-term, influence the market overall and the price of publicly traded companies’ stocks. For the members of Congress to benefit off of that is in every way a conflict of interest.

This should be a non-partisan issue, one that Obama-era legislation was supposed to prevent. In 2012, the Stop Trading on Congressional Knowledge (or "STOCK") Act was passed as a means to prohibit those in government with access to non-public information and power to make laws from engaging in trading on that information and power– in layman’s terms, to not derive a personal benefit from their position.

The STOCK Act has a requirement for Congressional members and their employees to report all trades in securities within 45 days of the trade. However, this law is, at a minimum, poorly enforced. If there are violations, the punishment is meek; it typically results in fines of a mere $200. A report by Insider found that 52 members of Congress from both major political parties failed to fully comply with the law and report trades within the time period as required under the STOCK Act. 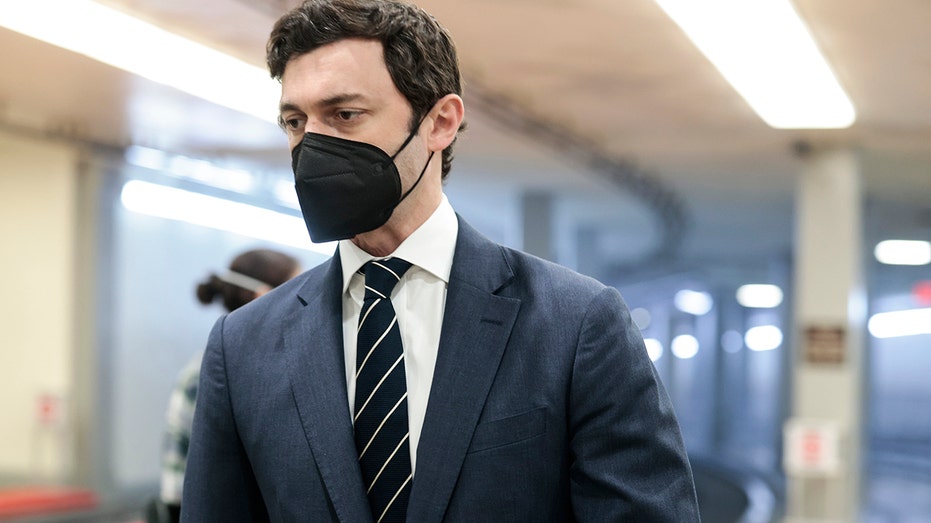 Members of the Federal Reserve and many members of Congress have traded under circumstances which, if not outright insider trading, certainly create the perception of substantial conflicts of interest.

Two regional Fed presidents, Robert Kaplan and Eric Rosengren disclosed active stock trading in 2020, while the Fed made decisions on historical intervention in the markets, including major asset purchases. After these disclosures came to light, these two gentlemen announced their retirements, and in October of 2021, the Federal Reserve introduced, "…a broad set of new rules that will prohibit the purchase of individual securities, restrict active trading, and increase the timeliness of reporting and public disclosure by Federal Reserve policymakers and senior staff."

Members of Congress also traded actively during that time, as well as many other times. Senators Feinstein, Loeffler, Inhofe and Burr were actively investigated by the DOJ, but no criminal charges were filed. The Securities and Exchange commission is reportedly still investigating Burr and his brother-in-law on trades made after Q1 2020 congressional coronavirus briefings.

Speaker Pelosi and her husband’s track record of making millions in the market is so strong, that retail investors have taken to tracking and mimicking their trades. The unusualwhales.com website has been disclosing the millions that the Pelosis and other members of Congress have made via individual stocks, including showing the Pelosis and other members of Congress with returns beating the performance of the S&P 500 for 2021.

According to Insider, retail interest in the Pelosi’s trades ramped up when news emerged that the Speaker’s husband made $5.3 million exercising call options in Google prior to an antitrust regulatory vote by the House Judiciary Committee in the summer of 2021. Speaker Pelosi’s husband has been actively trading call options in a variety of individual names, including as recently as the end of 2021 as call options worth up to an estimated $3.5 million for five securities including Disney and Alphabet were disclosed by Pelosi. Call options give the purchaser the right to purchase a set number of shares of a stock at a future price at or before a specified date.

Even federal judges are in on the action. A Wall Street Journal report found that between 2010 and 2018, 131 federal judges failed to recuse themselves from 685 lawsuits in which they or their family members had a financial interest via stock ownership.

On the back of the Federal Reserve and government enabling a historic wealth transfer from Main Street to Wall Street, this trading by true insiders and influencers isn’t a good look. How does the average American participate in wealth creation when all the elites are doing is looking out for themselves?

Americans believe that both Washington and Wall Street have created a "rigged game". Retail investors have rallied to try to protest this and fight back; certainly many Americans feel hopeless about the ever-expanding role of government and the cronyism it has enabled.

Several members of both the House and the Senate have or are seeking to introduce bipartisan legislation to curb this practice; some of the proposals target trading specifically by Congressional members, while other proposals, such as the ones that Senators Josh Hawley and Jon Ossoff  have just introduced, extend to Congressional members’ spouses and/or families. Whether they can get their powerful colleagues who have been benefitting handsomely from this practice on board remains to be seen.

Preventing Congress and others in meaningful government or government-adjacent positions from trying to benefit directly off the laws they make, the policies they influence, or the information to which their job gives them access shouldn’t even be a discussion point. They can use a blind trust or just keep mutual funds or ETFs without active trading while they are in public service.

The American people are sick of being treated like chumps. It’s time for elected officials to stop putting themselves and their own interests above those they supposedly represent.

Carol Roth is a former investment banker, entrepreneur and author of the new book "The War on Small Business" Broadside Books (June 29, 2021) and the New York Times bestseller "The Entrepreneur Equation."