Crown Resorts decided not to tell Victoria’s gambling regulator it may have been cheating on its taxes for six years because it did not think the watchdog would notice the underpayment.

Victoria’s royal commission into the casino giant also heard on Monday that the possible underpayment of up to $272 million in tax has only come to light now because details were sent to the inquiry by accident. 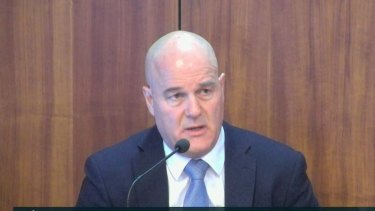 Crown Melbourne chief executive Xavier Walsh said he first became aware of the practice of classifying marketing giveaways – such as drinks and free car parking – as player “winnings” to reduce how much tax it paid Victoria from poker machine revenue in 2018, when he read a 2012 memo explaining the new policy.

The questionable deductions mean Crown may have underpaid between $8 million and $272 million to the Victorian government since 2012, depending on the calculation, the inquiry has heard.

Crown decided in 2012 that, given other changes at the casino’s tax rates around the time, the new deductions “will not be noticed” by the Victorian Commission for Gaming and Liquor Regulation (VCGLR), the memo said.

Commissioner Ray Finkelstein, QC, asked Mr Walsh why “this kind of deception didn’t worry you enough in 2018 to do anything about it?”

“And probably worse than that,” Commissioner Finkelstein said, “this kind of deception was known to many people in the organisation and it didn’t seem to trouble anybody – they were happy to go along with it.”

Mr Walsh said he took “too much comfort” in the fact that the VCGLR looked at the deductions in 2018 and “didn’t ask any further questions”.

It was a sign of Crown’s poor culture that it did not earlier raise the issue with the VCGLR itself, Mr Walsh said, but that had changed recently due to a significant turnover in management and board members following the Bergin inquiry in NSW.

“But it wasn’t good enough,” he said.

In March this year, the commission ordered Crown to provide a full list of potential legal and regulatory breaches but the possible tax underpayment was not included in the first two tranches of documents sent in response.

Counsel assisting the commission Adrian Finanzio, SC, said the inquiry only learnt out about the possible tax rort because Crown’s pokies boss, Mark Mackay, accidently sent the commission a spreadsheet calculating the size of the possible underpayment among documents relating to responsible gambling.

“But for the inadvertence of Mr Mackay… how would this commission or anybody else have ever known about the underpayment of tax as an issue?” Mr Finanzio asked. 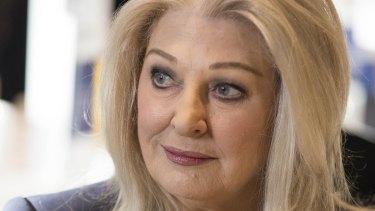 Crown executive chairman Helen Coonan is due to appear at the commission this week.Credit:Jessica Hromas

“I’d like to say once things settled down – I know we’ve been extremely busy here – we could obviously raise it as an unresolved issue,” Mr Walsh responded.

Mr Walsh said he first raised the tax issue with Crown’s executive chair Helen Coonan on February 23 this year, the day after Victoria’s royal commission was announced in February.

However he said the trigger for the disclosure was Ms Coonan’s recent elevation to the top role at Crown and her call for executives to “bring out your dead” as part of a cultural overhaul, not the inquiry.

Mr Walsh did not meet with external lawyers to discuss the issue for almost another month after that, on March 18, and did not raise it with the VCGLR in the interim.

The royal commission will conclude its public hearings this week, with senior figures including executive chair Helen Coonan to give evidence.