Crown Melbourne chief executive Xavier Walsh will stand down on August 20 and will depart the company entirely at the end of the year, as the casino’s bloodletting continues in the wake of the Victorian Royal Commission.

The casino giant told investors this morning that Mr Walsh would cease his role as head of Crown Melbourne in just under three weeks, with an interim chief executive set to be appointed in consultation with the Victorian Commission for Liquor and Gambling Regulation. 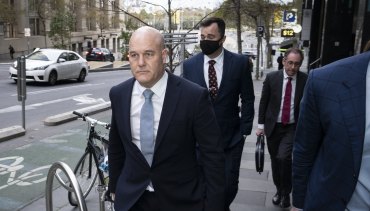 The announcement comes ahead of the final day of hearings into Crown’s Melbourne operations.

Mr Walsh’s exit comes in the wake of directors of Crown expressing doubt over whether he was fit to lead the company,after he downplayed evidence at the Victorian Royal Commission into Crown that suggested the group was dodging millions in taxes to the state.

He had only been in the chief executive’s chair since December 2020. Mr Walsh first joined the business in 2008 and has worked in the United States as chief operating officer of Cannery Casino Resorts.

A Crown Resorts spokeswoman declined to comment on Mr Walsh’s reasons for leaving the role.