New York City Mayor Bill De Blasio announced an “unprecedented” racial justice commission to rethink the city’s laws, including its charter, to address “the foundational sin of racism in this country.”

“We need to do something transformational at this point in our history, something unprecedented, and that’s why today I’m naming a racial justice commission. This is unlike any approach you’ve ever seen in the history of New York City or, honestly, in any major city in America, any state in America. We’ve never had a model for actually addressing structural racism… formally apologizing for it,” de Blasio said at a press conference Tuesday.

The commission will be a “charter revision commission” and have the power to send proposals to the ballot for voters to decide on, de Blasio said. 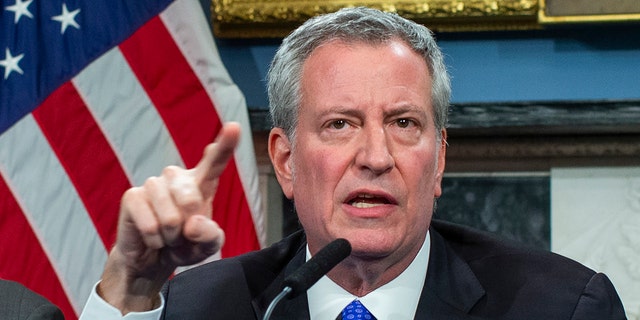 “This commission … will have the power to examine the fundamental laws of New York City, the very basis of the governance of this city, and determine if those very laws themselves are either exacerbating institutional racism or helping us to cure it,” he said.

The commission will be chaired by Jennifer Jones Austin, head of the Federation of Protestant Welfare Agencies. Other members include Deputy Mayor Phil Thompson, anti-Asian racism advocate Chris Kui and Department of Probation Commissioner Ana Bermudez. Jones said at Tuesday’s press conference she looked forward to the commission putting together a report for New York City’s leaders.

“This group will change the world,” de Blasio said. “Folks who have put their entire lifetimes into racial and social justice, it takes a group like that to objectively determine where structural and institutional racism exists and what we need to do about it.”

De Blasio said the commission would draw inspiration from the Truth and Reconciliation Commission founded in post-Apartheid South Africa in the 1990s.

“The Truth and Reconciliation Commission in South Africa is particularly notable for the way it identified the sins of the past, then determined structural changes needed … We want to take from those international models, adapt them to the reality here… recognizing the foundational sin of racism in this country, in this city,” de Blasio said.

The commission’s budget is unclear.