Detroit Police Chief James Craig joined “Your World” Friday to discuss what he believes are the root causes for the nationwide spike in crime and what demonizing police does to the psyche of law enforcement.

JAMES CRAIG: It’s not a good situation. One of the significant problems, we can’t put it on the pandemic, but people are not handling conflict well. They’re escalating right to violence that causes death. We’ve seen multiple shooting situations. The other thing that’s not helping is this demonizing of police. The impact that’s having on violent criminals becoming aggressive towards the police officers. A lot of dynamics are involved. I have to tell you, I was reading something, the Los Angeles chief made comments about violent crime is because of gang violence, and some other things. Let’s talk about the elephant in the room. Let’s talk about bail reform. The decision that some of these judges are making to release violent, predatory criminals back into neighborhoods. That’s a big issue. When you see violence going up all over the country, what is the common denominator? We can talk about the pandemic. What about what is happening in the courts? What about what’s happening in the prosecutorial offices. The Los Angeles prosecutor [George Gascon] wanting to close reform prisons. So there’s a lot of common things that are going on today that some are just not talking about. It’s not getting better.

We talk about defunding. Let’s back off defunding. You want to end qualify immunity for police officers. They did it in New York. So what does that do to the psyche of a police officer? I’m not supported. Why should I put myself at risk if nobody is going to stand up and protect us? 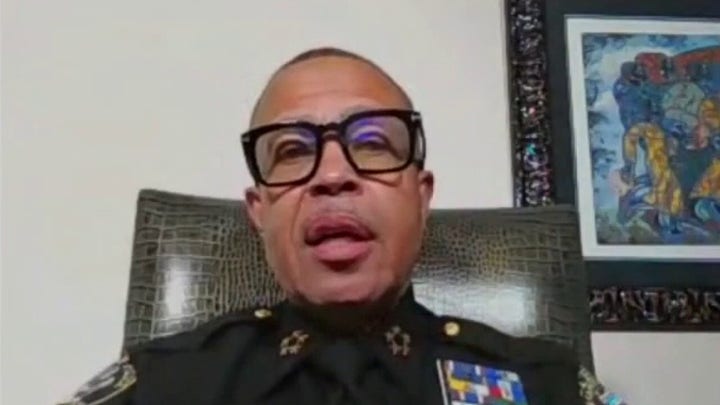