Rep. Dan Crenshaw, R-Texas, joins ‘The Story’ to discuss what influence the left may have on the president-elect

Democratic socialist candidates picked up some important wins in House elections this month, and leaders of the party’s far-left flank are touting those successes to counter a backlash from moderates.

A number of Democratic candidates were backed by Democratic Socialists of America, and pushed policies like "Medicare-for-all," the Green New Deal, defunding police and abolishing student debt.

Rep. Alexandria Ocasio-Cortez, D-N.Y., the leader of the influential far-left group of freshman congresswomen known as the “Squad,” said after the Nov. 3 election that “we also learned that progressive policies do not hurt candidates.”

“Every single candidate that co-sponsored Medicare-for-all in a swing district kept their seat. We also know that co-sponsoring the Green New Deal was not a sinker. Mike Levin (D-Calif.) was an original co-sponsor of the legislation, and he kept his seat,” she told The New York Times.

Among the winning progressives was Rep.-elect Mondaire Jones, D-N.Y. Along with Medicare-for-all and the Green New Deal, he backed calls to partially defund police departments and abolish cash bail.

“Congress must cease all funding that militarizes police forces, repeal the 1994 Crime Bill that accelerated mass incarceration, and abolish cash bail, which condemns poor people to pretrial detention while more affluent people await trial from the comfort of their homes,” he wrote in an article in June. 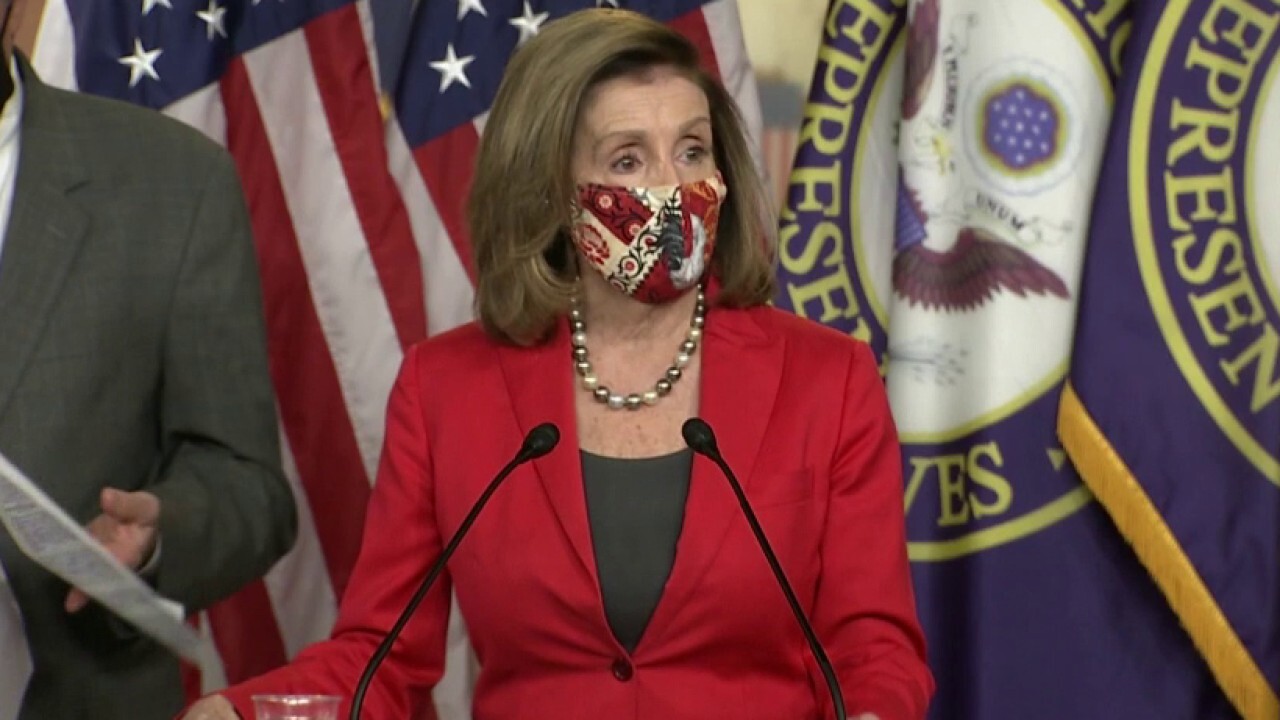 He has pushed a "Reconstruction Agenda" that includes forming a “National Truth and Reconciliation Commission to investigate, document, and assess the federal government’s role in America’s history of racism.”

In an interview with Jacobin, he said there is "some stigma associated with the word 'socialism' even though the current capitalist model we have isn’t working for the majority of Americans."

Rep.-elect Cori Bush, D-Mo., has also pushed policies such as the Green New Deal and abolishing immigration enforcement while calling for a $15 minimum wage and an end to “right-to-work” protections for workers.

She raised eyebrows with a proposal to fund social services by defunding not just the police, but the military.

“If you're having a bad day, just think of all the social services we're going to fund after we defund the Pentagon,” she tweeted in October.

A number of local races and referendums on local issues also passed, notching further wins for the party's far-left wing. In San Francisco, voters passed an "Overpaid Executive Tax" that adds a 0.1% levy on companies whose executives earn 100 times more than the average worker and partially defunded police by nixing a staffing law that required the department to maintain at least 1,971 full-time officers.

Voters in Portland, Ore., decriminalized possession of heroin, methamphetamine, LSD, the painkiller oxycodone and other drugs.

A number of the candidates on the left, including AOC herself, were backed by Democratic Socialists of America. That group states that “democracy and socialism go hand in hand.”

AOC PUSHES BACK ON BLAMING PROGRESSIVES FOR DEMOCRATIC HOUSE LOSSES

“All over the world, wherever the idea of democracy has taken root, the vision of socialism has taken root as well — everywhere but in the United States."

But the group's promotion of socialist and radical policies have sparked anger from more centrist Democrats, who say the messaging from some far-left colleagues pushed away moderate voters and independents.

A Democratic source told Fox News earlier this month that members on a caucus call complained that progressive rallying cries cost some moderates their seats.

"We should have won big but, you know, the defund-the-police issue, the Green New Deal — those issues killed our members. Having everybody walk the plank on qualified immunity with the cops. That just hurt a lot of members. No one's taking responsibility for it.”

Both Ocasio-Cortez and Omar have pushed back on that claim.

"As soon as the election was over … we have seen the pundits and some of the leaders within the Democratic Party, or even some of our colleagues, who are freshmen, talk about us getting back to basics — saying you know, the Squad … all of you, have to stop talking about everything you talk about, because we need to get back to basics," Omar said recently.