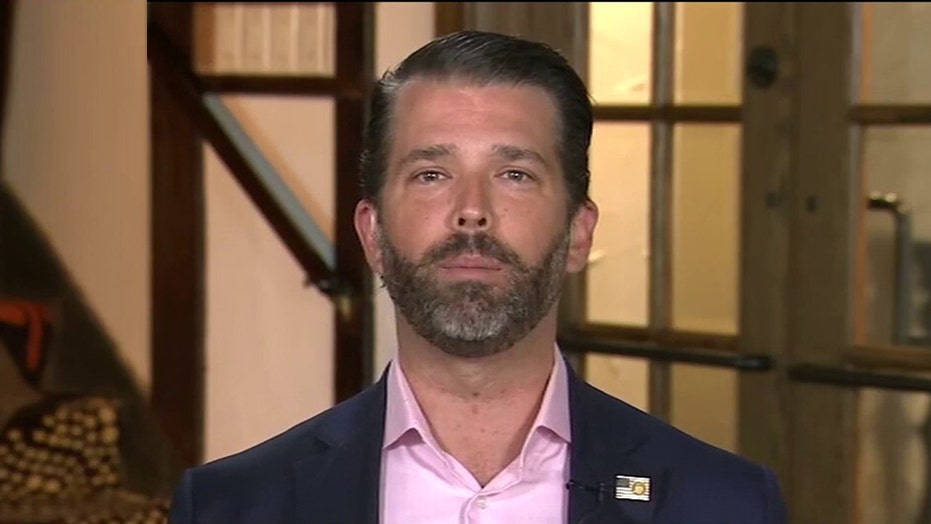 Donald Trump Jr. told “Fox & Friends” on Friday that “it's time to stand up for law and order.”

“I don't want CHOP [the protest zone in the Capitol Hill neighborhood in Seattle] and those kind of zones coming into my backyard and that's what the left is trying to do,” he said. “They want that to take over the rest of America.”

“They don't want the rule of law and that would be Joe Biden's America."

Trump made the comments one day after his father, in a video message, vowed to stop “lawlessness” and to continue to protect monuments and statues across the nation after many were vandalized and destroyed in recent weeks.

“Lawlessness has been allowed to prevail. We’re not going to let it prevail any longer,” Trump said in the video message posted to his Twitter feed Thursday.

The president signed an executive order last week to protect American monuments, memorials and statues, and threatened those who try to pull them down with “long prison time.”

While the initial targets were Confederate generals and figures, some protesters also want to tear down other American figures such as Abraham Lincoln and Thomas Jefferson. 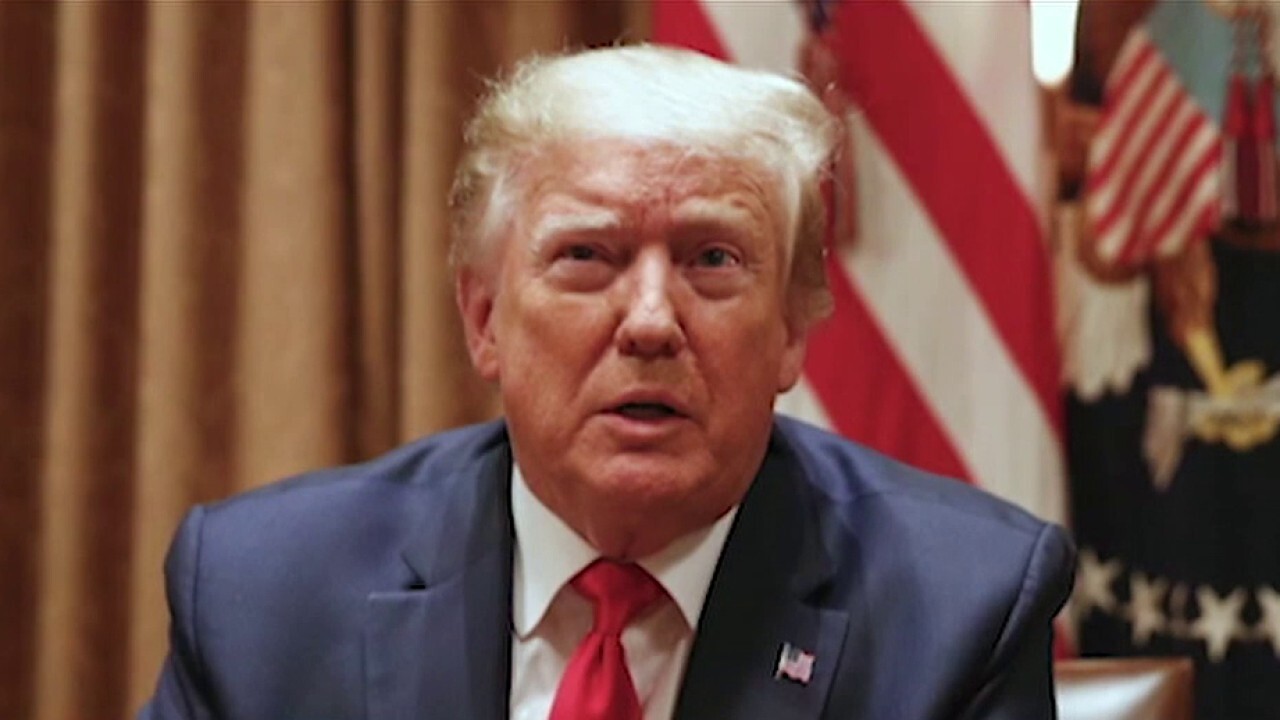 When host Jedediah Bila asked Trump Jr. what he made of his father’s “strong statement” and his executive order, he said, “I think it's really important for people to hear that.”

SHAUN KING: STATUES OF JESUS CHRIST ARE 'FORM OF WHITE SUPREMACY,' SHOULD BE TORN DOWN

He then pointed out that federal law enforcement officials on Thursday arrested a man in Washington they call a “ringleader” in the recent attempt to destroy the Andrew Jackson statue in Lafayette Square near the White House.

“They're starting to arrest people that are desecrating public property,” Trump Jr. said.

“This is not stuff that would be allowed to go on and it shouldn't be by anyone.”

He then noted that his father is “stepping up” while “governors or these leftist mayors” won’t and have “allowed this stuff to happen in their cities.” 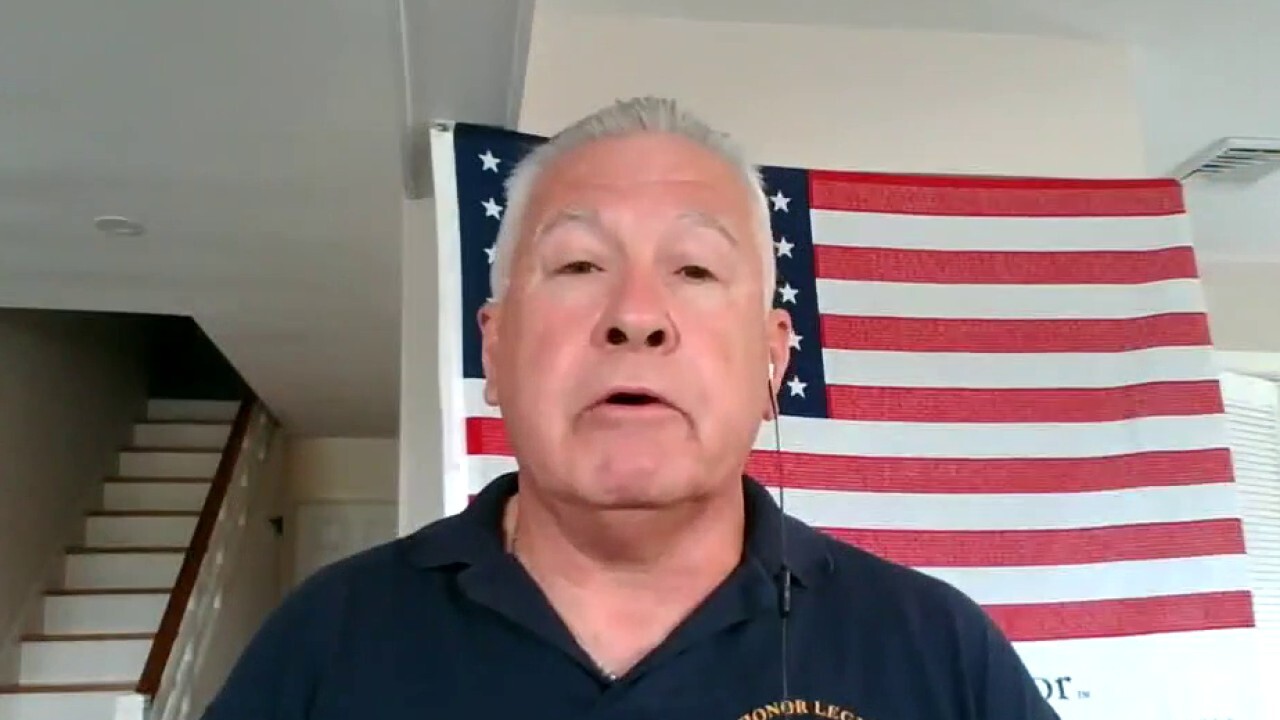 “Someone else has to [step up], someone has to be held accountable,” Trump Jr. continued.

Trump Jr. also pointed out that protesters have been “ripping down and desecrating statues of Lincoln” as well as Ulysses S. Grant.

“They're desecrating World War II monuments dedicated to black soldiers who fought for America,” he continued. “This isn't about racism anymore and we have to stop pretending that it is.”

“He's done a terrible job handling anything as it relates to New York,” he continued. “Honestly, that was the case prior to COVID. COVID just highlighted his gross incompetence.”

Trump pointed out that he thinks Democratic leaders, including de Blasio, are “almost encouraging this kind of behavior and that's the problem.”

“This is perhaps the reason why you're seeing these [coronavirus] spikes because you can't go to work, you can't go to church, and you sure as heck can't go to school, but we can gather and protest and not be socially distanced,” he continued. “I mean the hypocrisy that comes out of all of these people's mouths is truly disgusting.”

Coronavirus infections rose in 40 states heading into what will be a very different Fourth of July weekend, as the virus makes a resurgence following weeks of nationwide containment measures that have been re-imposed in many areas amid the upswing.

In four states where outbreaks are the most severe – Arizona, California, Florida and Texas – more than 25,000 new COVID-19 cases were confirmed Thursday.