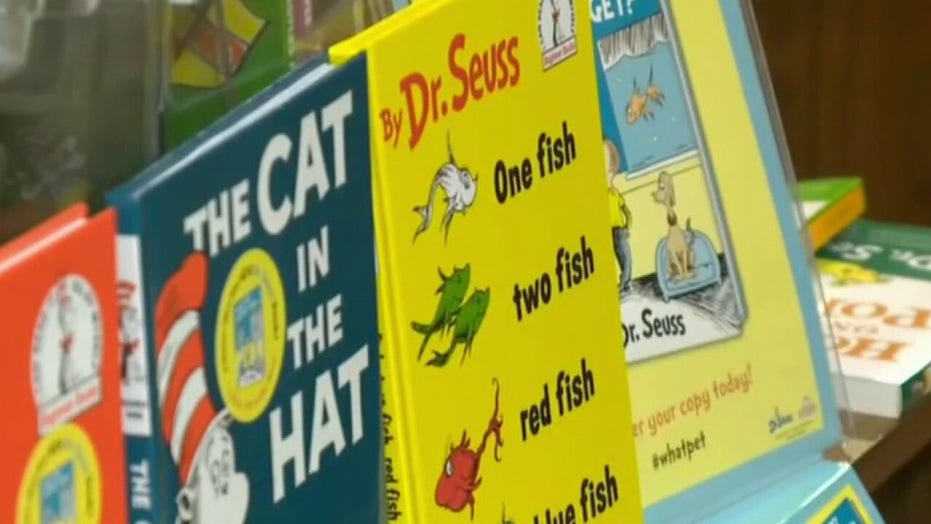 I know there are plenty of people who want to cancel the whole cancel-culture debate.

But come on, some of this stuff–like the Dr. Seuss flap–is out of control.

It does seem like every time a company makes a marketing decision to change or drop or warn about some longtime icon, conservatives turn out in force to sound the alarm.

And yet, even thoughtful liberals should acknowledge that some of these moves so reek of political correctness that they wind up sounding silly.

Like untold millions of parents, I grew up reading “The Cat in the Hat” and “Green Eggs and Ham” and then reading them to my kids. And when Michelle Obama or Melania Trump wanted to read a book to school kids, it was “Oh the Places You’ll Go.” The guy was a genius.

So when I heard rumblings that Dr. Seuss was no longer acceptable in 2021, it seemed bizarre. Then President Biden, releasing an Education Department proclamation for yesterday’s Read Across America Day, made no mention of Seuss, unlike his two predecessors.

SOME JOURNALISTS AGGRESSIVELY PURSUE CUOMO, BIDEN; OTHERS FACE BACKLASH FROM THE LEFT

Under this sort of pressure, Seuss Publishing announced yesterday–the late author’s birthday–that it’s stopping publication of six of his books, including “And to Think That I Saw It on Mulberry Street.” The reason? Racist imagery. “These books portray people in ways that are harmful and wrong,” the company said.

Now if the organization devoted to protecting Theodor Geisel’s legacy says the books, should be dropped, who am I to argue? Is that cancel culture? More like self-cancellation.

But there is offensive stuff in, for instance, “If I Ran the Zoo,” a scene where a gun-toting white male is carried on the backs of three Asians that the text describes as “helps who all wear their eyes at a slant.”

Dr. Seuss did traffic in anti-black and anti-Semitic images as a Dartmouth student in the 1920s, but he later became a civil rights supporter. And in 1961, in perhaps my favorite book, “The Sneetches,” he portrayed the creatures discriminating against those who had no stars on their bellies, and vice versa–a clear parable against racism.

It does seem like a whole bunch of childhood legends are suddenly being put on cultural trial. It’s one thing to consign Aunt Jemima to the dustbin of history. But did Disney Plus really need to slap a warning on the “Muppet Show” for negative stereotypes? How negative can a pig, a frog and a bear be?

And Hasbro has taken plenty of heat for marketing Mr. and Mrs. Potato Head under a general-neutral brand, Potato Head, although the male and female plastic figures will still be available. One wag said the company should start calling itself Hasperson.

And the AP reminds us that some critics have gone after lovable Curious George, on grounds that it’s now unacceptable for the Man in the Yellow Hat (read: white man) to bring home a monkey from Africa.

Now that’s crazytown. I get that the already-cliched cancel culture is wielded like a cudgel by those who crusade against the left. I get that these are thorny questions, including how to deal with the founders who rallied behind “all men created equal” and also owned slaves. Past generations produced artists and politicians who upheld ideas that are utterly unacceptable today. But we have more important things to do than constantly trying to whitewash every book and show produced by our flawed past.