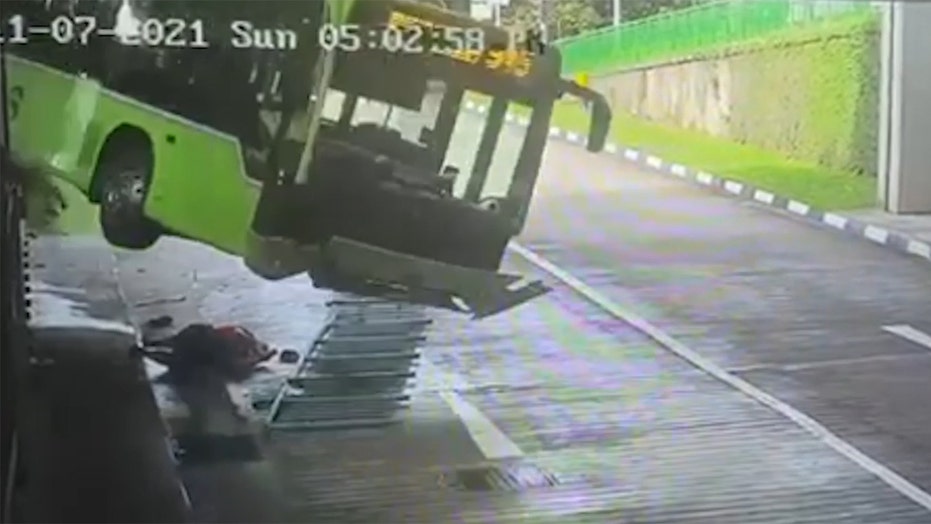 A bus driver in Singapore narrowly escaped being crushed by a bus as they both fell from a platform when the vehicle was struck from behind.

A bus driver in Singapore is lucky to be alive after being struck by a bus and nearly crushed by it they both fell off of a platform.

The Monday incident was caught on security camera at the bus depot, where the bus was hit from behind by another one. 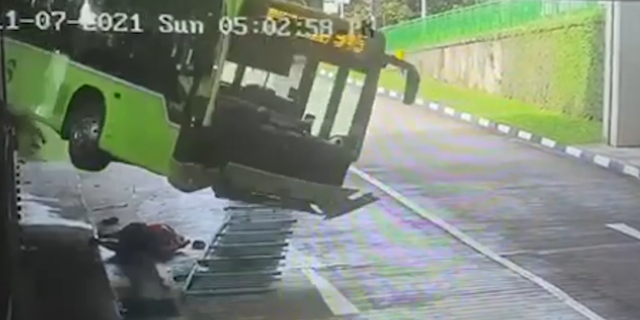 The drivers of both buses and 15 passengers were hospitalized, according to SWNS.

‘Eight persons were inside the bus while another nine were found outside the bus. The rear windscreen of the bus which had shattered served as an entry point for SCDF rescuers. The rescuers created an additional point of entry at the front of the bus by using an electrical saw to cut through the front windscreen,” a Singapore Civil Defense Force spokesperson said.

According to The Straits Times the 65-year-old driver of the second bus was arrested on charges of “a rash act causing grievous hurt.”

Several of the injured had already been discharged by Tuesday morning, but the driver who fell to the ground was still receiving treatment.

The cause of the accident has not been determined and an investigation continues.