The change was announced by Tesla in a regulatory filing on Monday that also named finance chief Zachary Kirkhorn "Master of Coin." 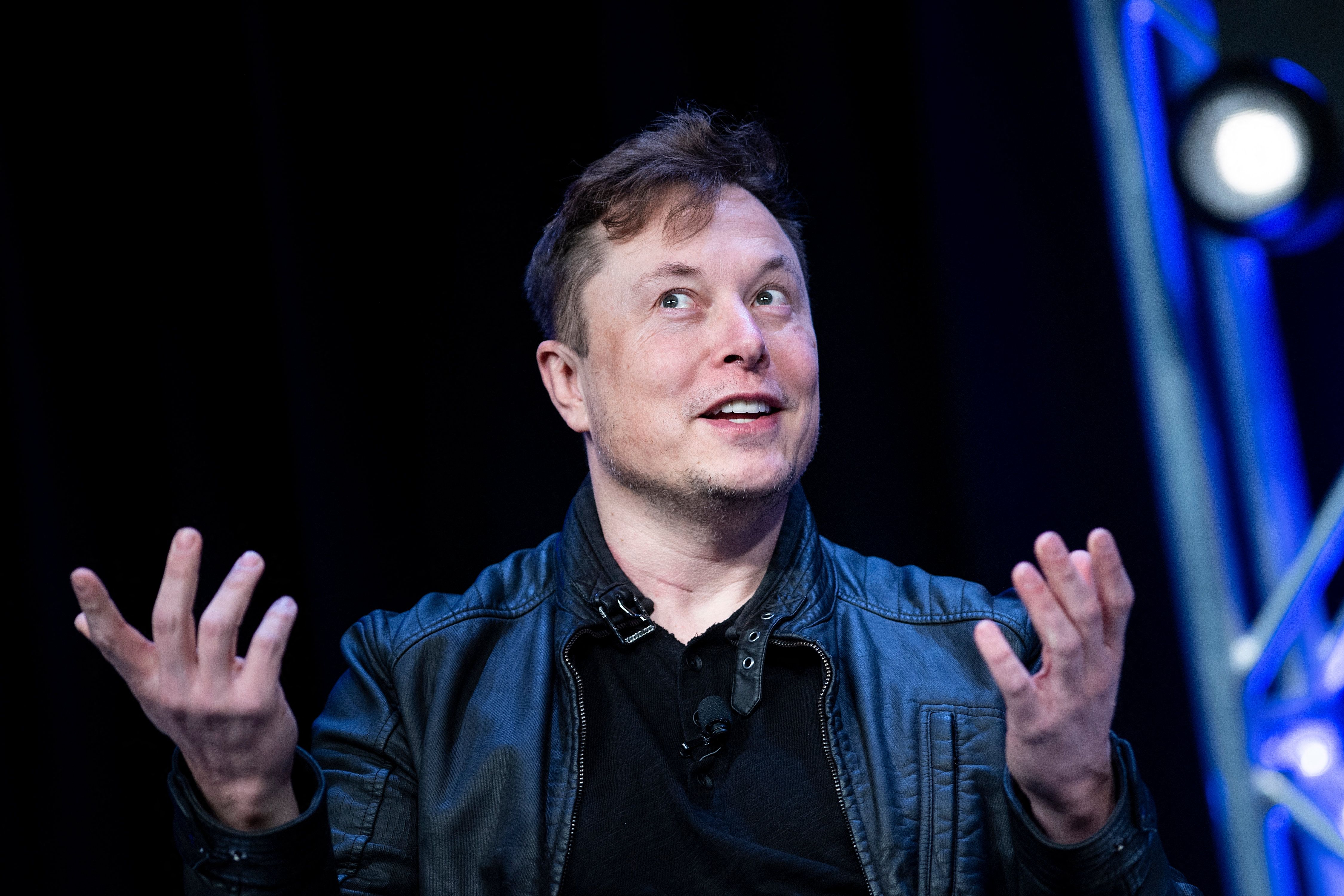 The California car maker did not explain the reasons for the cryptic new titles.

Musk also shared a new electronic music track about a non-fungible token, or NFT – a new type of digital asset that is authenticated by blockchain.

"Im selling this song about NFTs as an NFT," the tweet said, showing a video of what appeared to be a golden trophy decorated with coins and dog figurines accompanied by a pulsing techno music.

The popularity of NFTs has exploded during the pandemic, as enthusiasts and investors scramble to spend enormous sums of money on items that only exist online.

Last month, musician and artist Grimes, who is dating Musk, sold some animations she made on a website called Nifty Gateway for more than $6million.

It was not immediately clear if Musk actually intended to sell the video or the song.

Last month, Tesla revealed it had purchased $1.5billion (£1.1billion) of bitcoin and would soon accept it as a form of payment for cars, sending the price of the world's most popular cryptocurrency soaring.

Musk's recent promotion of dogecoin on Twitter has also lifted the price of that cryptocurrency.

In another statement, Tesla said President of Automotive Jerome Guillen had moved to the role of President for Tesla Heavy Trucking, to lead Tesla's entry into "the critical heavy trucks market for the first time." 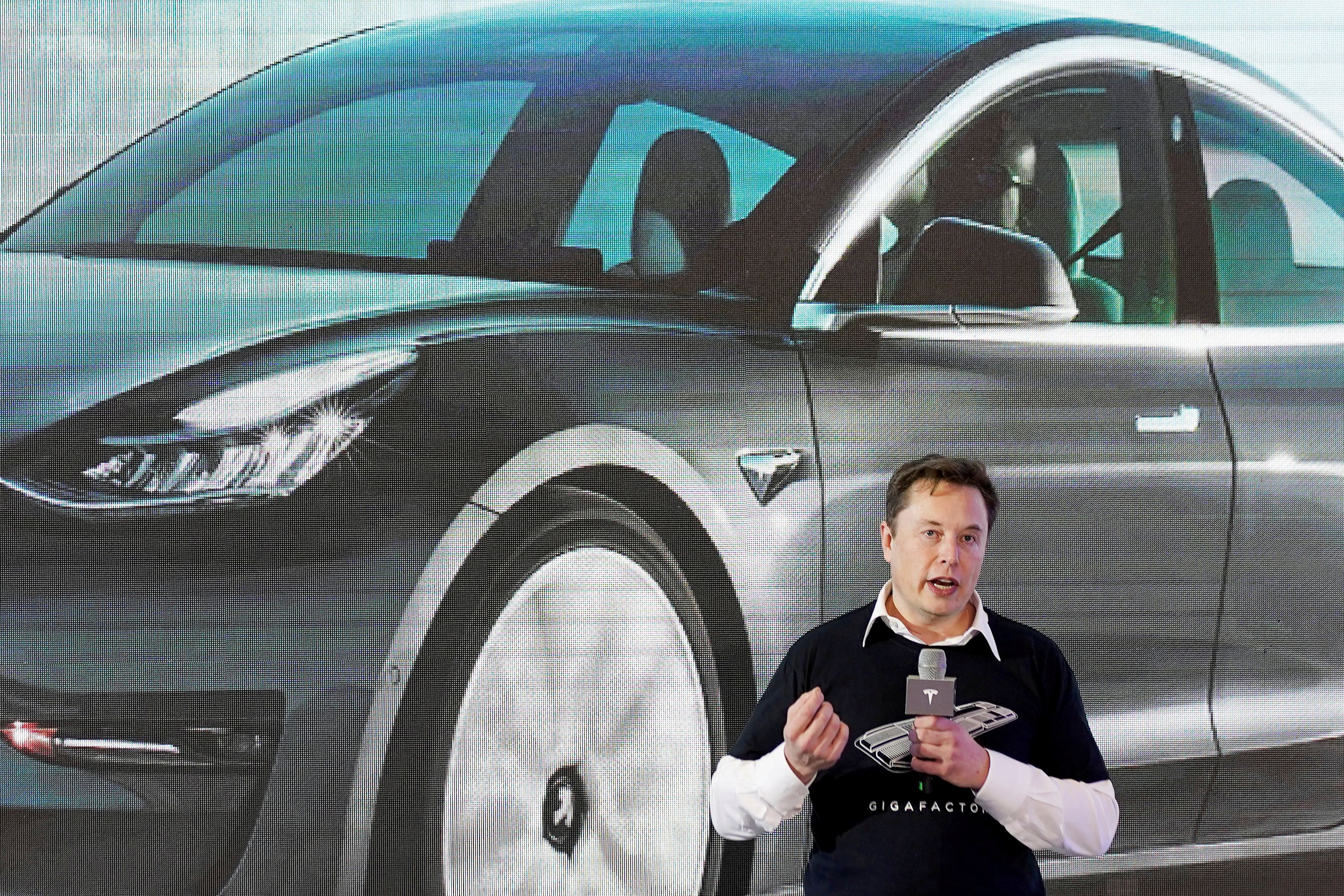 Tesla said in January that it will begin deliveries of its long-delayed Tesla Semi trucks in 2021.

It comes just day after a Tesla investor sued Musk over what he called a series of "unlawful" and "erratic" tweets.

According to the complaint Musk's use of Twitter exposed shareholders to billions of dollars of losses.

The complaint highlighted several Musk posts, including his assessment last May 1 that Tesla's stock price was "too high."

The tweet prompted a more than $13billion tumble in Tesla's market value.

It's not the first time that Musk's social media mischief had landed him in trouble.

Who is Elon Musk?

As a 12-year-old child he taught himself computer programming and sold the code of a video game to a PC magazine for $500 (£300).

At 17, he moved to Canada to study, before gaining two degrees in physics and business at the University of Pennsylvania.

At the age of 24 he moved to California to start a Ph.D. in applied physics and material science at Stanford University – but left the programme after just two days to pursue other projects.

Musk's stated aim is to reduce global warming and save humans from extinction by setting up a colony on Mars.

The billionaire inventor is also working on the world's largest lithium-ion battery to store renewable energy.

In August 2018, the billionaire and Tesla each paid $20million in civil fines following a tweet in which Musk claimed that he had "funding secured" to possibly take Tesla private in a $72billion transaction.

In reality, Musk was not close.

Earlier that year, Musk engaged in a spat with Vernon Unsworth, one of a team of divers who helped rescue 12 boys from a flooded cave in June 2018.

The feud began when Musk voiced plans to build a miniature submarine to assist in the mission, a suggestion dismissed as a publicity stunt by Unsworth, who said Musk should "stick his submarine where it hurts”.

Musk responded by labelling Unsworth a "pedo guy" in a tweet, later deleted, and a "child rapist" in a rambling e-mail to a reporter.

The slurs moved Unsworth to sue Musk for £145million in damages. Musk was cleared of defamation in case brought to a US District Court in Los Angeles a year later.

In other news, Elon Musk says Bitcoin is now better than real cash.

The PayPal founder's fortune soared $15billion in a DAY in November due to the skyrocketing price of Tesla stock.

And, Apple fans can now pay using Bitcoin on their iPhones.

What do you make of Musk's bonkers title change? Let us know in the comments!