SPACEX'S infamous Starlink satellites could provide 'ultra-fast internet' to the US and Canada later this year.

Last week, Elon Musk's company launched another batch of its broadband-beaming satellites into space and they could soon be put to use.

Starlink is a project that intends to put over 12,000 satellites into the Earth's orbit so they can provide cheap WiFi to the entire world.

Billionaire Musk has also asked for permission to put another 30,000 up there.

Currently, the plan is reportedly to provide partial coverage to the US and Canada this year.

Then global coverage may become available in 2021. 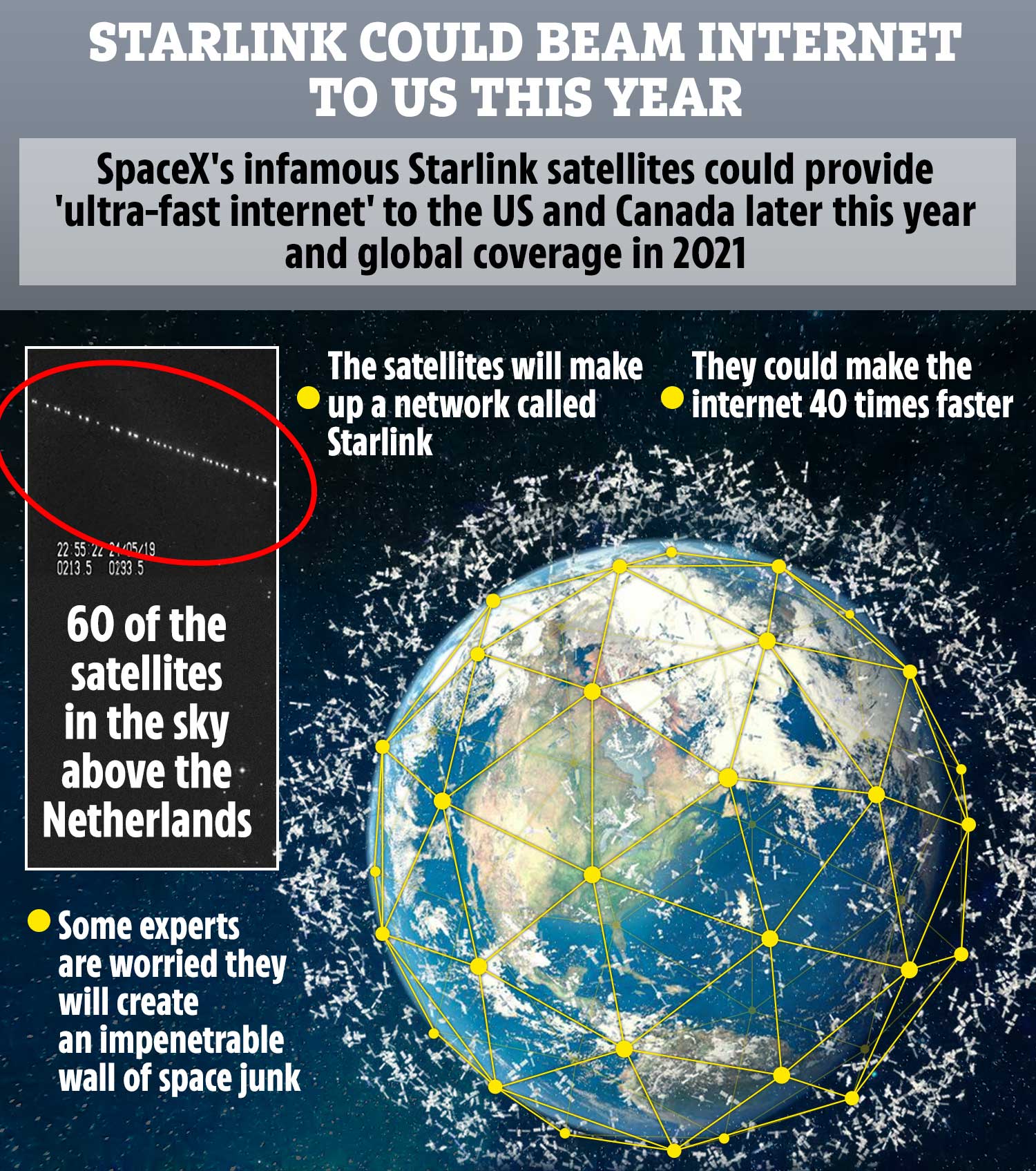 SpaceX is now thought to have enough satellites in space to get Starlink started.

However, a lot more will be needed in orbit before significant coverage can be provided.

The first 60 Starlink satellites were put into orbit in May 2019 and received criticism for being spotted in the night sky looking very bright and visible.

The satellites are intended to be staggered at different heights above the Earth including altitudes of 340 miles and 710 miles.

Musk isn't the only tech billionaire looking to colonise space with satellites.

Musk has previously said he plans to send up nearly 12,000 satellites by the mid-2020s.

If everything goes to plan for SpaceX then internet users across the world could have 40 times faster internet speeds no matter where they live.

How much this service will cost has not yet been revealed but Musk intends to keep prices low.

All eyes will be on SpaceX next month for slightly different reasons.

At the end of May the space company plans to launch a manned test flight.

Here's what you need to know about Elon Musk's satellites…

In other news, Brits took snaps of Starlink satellites passing over the UK last week.

Here's the best way to track Starlink satellites as they soar across the night sky.

And, Nasa astronauts will launch into space from US soil next month for the first time in nearly a decade.

What are your thoughts on the Starlink satellites? Let us know in the comments…