Intelligence officials around Europe were alarmed by the news that a prominent scientist was convicted in the Baltic states for spying for China.

Sources who spoke with Insider said the case is part of a long, worrying trend of China attempting to infiltrate institutions across the continent, in some cases supplanting Russia as their most obvious adversary.

The prompt was the sentencing by Estonia of Tarmo Kõuts, 57, to three years in prison. Kõuts had close ties to the Estonian military and worked on multiple sensitive projects, per reports.

The arrest and conviction were first reported by the Daily Beast. EER, Estonia’s public broadcaster, also covered the case.

Prosecutors said Kõuts began spying for China in 2018, and was arrested in secret last September. He had received about $20,000 and several luxury trips, according to accounts provided to the media by Danish government officials.

Insider spoke to three European intelligence officials, two from Western Europe and one from a Baltic state. All requested anonymity as they did not have permission to brief the media. Their identities are known to Insider.

They described a counterintelligence environment where China often posed the largest espionage threat to European institutions.

The Baltic official said: “Russian intelligence activity obviously takes the highest priority in our neighborhood but the amount of resources required to monitor China increases for us each year. Our natural experience is more with the Russians but we have been warning about China for well over a year.”

In February, Lithuania announced a ban on the use of Chinese security software contractors. Around the same time, Estonian officials warned that China and Russia posed comparable threats.

An official in Belgium told Insider: “It’s been building for about five years, we first saw a giant uptick of activity in Brussels as it was obvious that [China’s] EU mission was being used as cover. In 2019 it had become clear that the Chinese had committed as many as 250 intelligence officers to various EU and academic missions.” 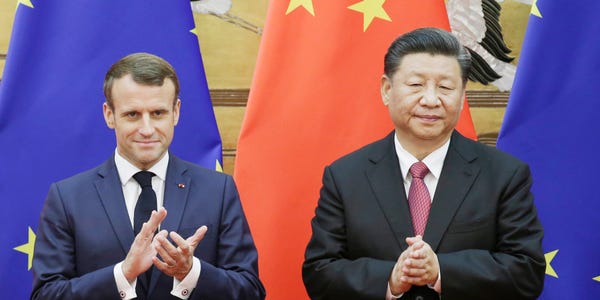 A Feb 2019 report by the EU foreign policy officials determined that at least 250 Chinese spies and as many as 300 intelligence agents from other nations were operating in Brussels.

“That’s when we realized that China not only had the most spies but that it was possible most spies were Chinese,” said the Belgian official.

In January 2020, media reports revealed that a top German EU envoy — along with two German lobbyists — were under espionage investigation by German prosecutors, a case that appears to be ongoing in Germany’s privacy-centric legal system.

And in April, European universities were warned that China was using academic exchanges as cover for intelligence gathering activities.

A third intelligence official from a NATO country said that the Estonian case — where Chinese agents used the cover of conference trips and academic settings to recruit, debrief and even reward Kõuts — was typical of the Chinese playbook.

“They love the academic settings,” said the official who cannot be named in the press. “China heavily emphasizes collection of intellectual property, scientific research, and industrial techniques as opposed to the Russians who focus more on traditional hard government intelligence collection.

“This means the work is often done in more casual conference settings where it’s easier to recruit. And the rewards are easy to cover up… Luxury trips disguised as academic conferences, fine dining or prostitutes at the legitimate conferences, it’s pretty easy to work assets this way.”