2020 forced many retailers to look hard at their physical store footprint and rethink e-commerce. 2021 could be the year many specialty retailers like Gamestop and Lululemon take a look at something else: being acquired.

These specialty retailers are in the middle of the spectrum of retailers. They aren't chains like Krogers and CVS that sell essentials and have boomed during the pandemic. But they also aren't facing the severe hardships of brands like JC Penney or Macy's, which suffer from undifferentiated brand identity and a lack of clear focus.

"All the guys in the middle are going to go through the holiday, try to collect as much cash as possible, but then I'm sure there's conversations around one of two things," said Lee Peterson, an executive vice president at WD Partners.

On one hand, retailers and brands could consider selling to a private equity player, likely a good play for investors but riskier for its long-term reputation, Peterson said. On the other, they could "circle the wagons a little bit and merge with other like-minded companies," he said.

"There are so many retailers and brands that are just hanging on by a thread and hoping that time will be on their side," said Carol Spieckerman, a retail analyst and consultant.

Retailers with a strong private label selection or that offer services that rivals don't will be particularly attractive targets, Spieckerman said. Chains like Macy's, which have their own private labels but rely heavily on branded merchandise, are unlikely to draw M&A interest, she said.

"Are you buying a viable brand, or are you buying a place with a brand that has brands?" she said. "You could argue that Macy's still somewhat enjoys its own brand identity, but increasingly, it's not particularly differentiated."

Retailers with recognizable brands but a string of poor recent results due to the pandemic are likely to make the best targets in 2021, said Bahige El-Rayes, a partner at Kearney's consumer and retail practice. "If everything is devalued anyway, you're not going to go for something that is distressed," he said.

Business Insider asked retail analysts and experts which retailers and brands they think might be ripe for deals in 2021. Here are 9 companies they pointed to: 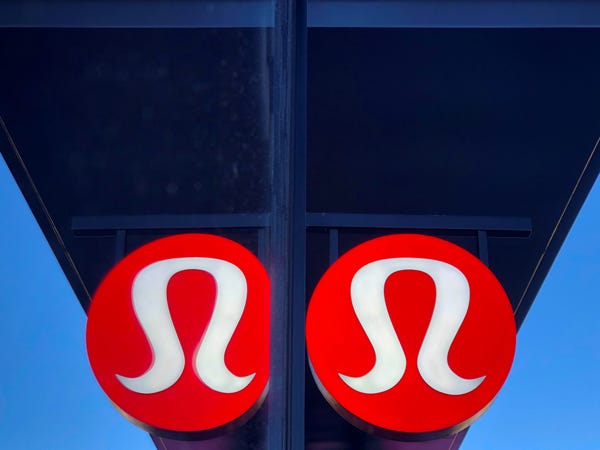 Lululemon has benefited from demand for workout and casual wear during the pandemic, and its most recent earnings show it: Sales were up 22% for the quarter ended November 1.

But having so many stores in malls increasingly represents a liability for the brand, Peterson said, especially with mall anchors at risk of bankruptcy or closing stores. A buyer like VF Corporation, which already makes products under the labels like Vans, North Face, and Timberland, could give Lululemon additional cash and resources to expand its e-commerce business and find new places to sell.

"If you're Lululemon, you're saying 'Oh, maybe I don't want to have so much presence at the mall going forward,'" he said. 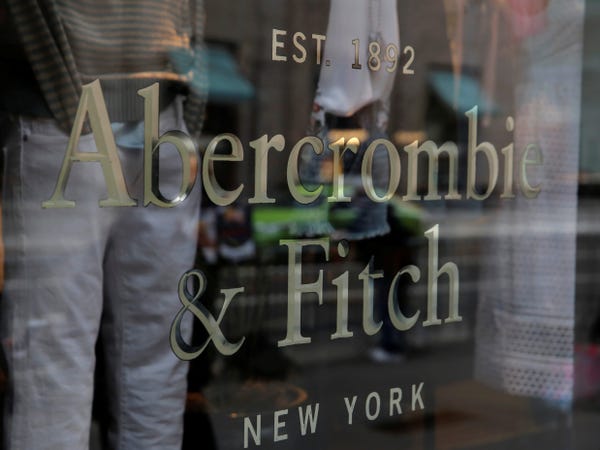 Analysts have been pointing to Abercrombie & Fitch as a potential deal target since before the pandemic, saying that it could give rivals like American Eagle Outfitters or even Amazon some brands popular with young adults as well as a wide sourcing network.

Now, Abercrombie might have more of a reason to sell as mall anchor stores like Macy's appear to be on increasingly unstable footing, Peterson said. Many have to answer the question: "When all the anchors go, what's this [place] going to be?"

That could spur consolidation with another apparel retailer or even a deal with a private equity buyer with a reputation for turning around retailers, he added.

Sales at Abercrombie fell 5% for the third quarter. 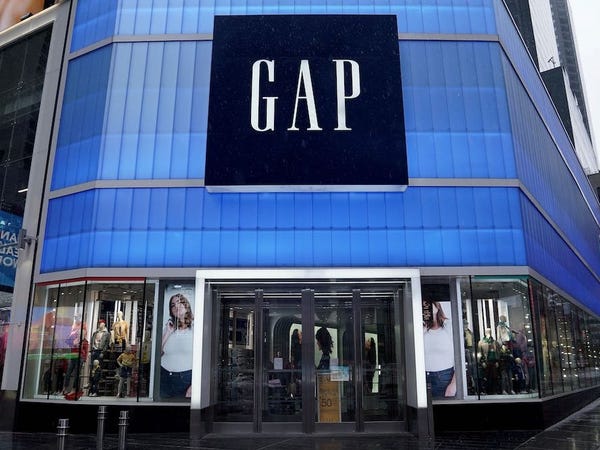 Gap has picked up the pace of store closures during the pandemic. While it started the year planning to shutter 225 locations between its Gap and Banana Republic banners, it added another 350 to the list in October.

But the chain's group of brands, which also includes Old Navy, aren't necessarily irrelevant to consumers and could be appealing to a buyer who could work with a smaller store base and do more online, Spieckerman said.

"A brand like Gap would offer portfolio and platform to any acquirer," she added. 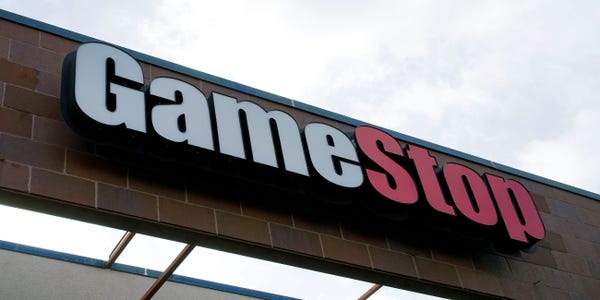 Video game sales have shifted online over the last decade, with streaming and digital downloads capturing an increasing share of the market.

GameStop, meanwhile, still relies on physical stores for a majority of its revenue. Net sales were down more than 30% during GameStop's most recent quarter, which ended in October.

Yet the company has made some moves into the digital realm, including an agreement with Microsoft that gives the chain a portion of every game purchase made on all Xbox consoles GameStop sells. E-commerce sales have also grown to nearly one-fifth of total revenue.

While some analysts have cautioned that GameStop risks going the way of Blockbuster if it doesn't find its place online soon enough, Spieckerman said that the brand could have value for a larger retailer.

"Right now, GameStop is still a viable brand in the gaming space," Spieckerman said. "You could do something with that brand." 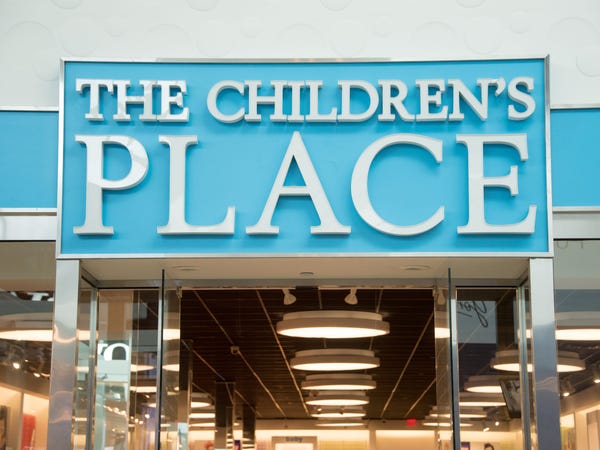 Back-to-school time has traditionally been a key selling season for The Children's Place. This year, as more kids attended school online, fewer parents needed to buy fresh outfits, leading to sales 19% lower for the quarter ending in October.

As a retailer focused narrowly on clothing for young children, the company appeals to a specific group of consumers, Spieckerman said. That makes it potentially a good fit for a buyer-focused on turnarounds, such as Retail Ecommerce Ventures, whose current portfolio includes off-price chain Stein Mart, apparel retailer Dressbarn and Modell's Sporting Goods.

"I don't see any reason why The Children's Place or some of these much more specialized players wouldn't be good targets for them, because that seems to be their strategy," she said. 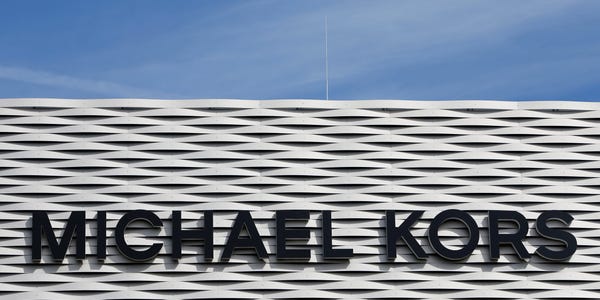 Michael Kors, Versace, and Jimmy Choo have struggled in recent months as in-person shopping and international travel has dried up.

They also have another trait in common: All are owned by London-based Capri Holdings.

Capri took its current form in 2018 when Michael Kors bought Italian label Versace and consolidated operations under the Capri name. Before that, Michael Kors acquired Jimmy Choo in 2017.

While Chinese consumers, a key group for many luxury brands, have kept buying handbags, clothes, and other luxury goods in China during the pandemic, that hasn't made up entirely for lost sales as far fewer take vacations in Europe or the Americas.

"An acquisition of one of those portfolio companies would yield access to multiple brands," Spieckerman said. "It's going to be interesting to see if some of those companies, particularly in the apparel space become acquisition targets for companies that want to get instant diversification." 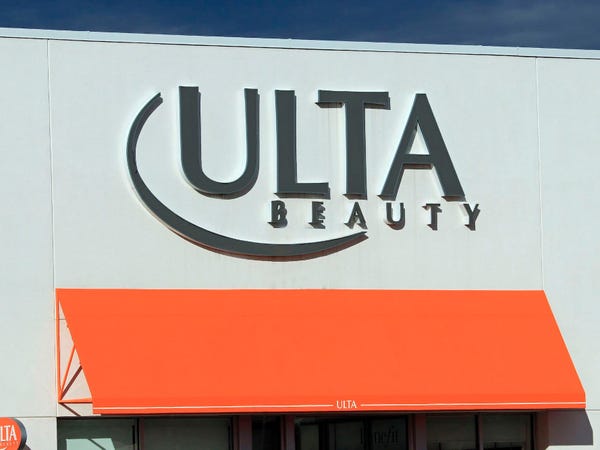 "I think Amazon has always been interested in Kohl's and, subsequently, Ulta, because they have physical spaces that are not in malls," Peterson told Business Insider.

Ulta's store network includes both locations near traditional malls as well as stores in strip centers, which have done better in recent years.

That diversification could be appealing to acquirers looking for a store footprint outside of shopping centers, though often still close to them. And Ulta is no stranger to working with other retailers: It recently agreed to open 100 beauty shops within Target stores in 2021.

Sales at Ulta fell nearly 8% during the company's third quarter. 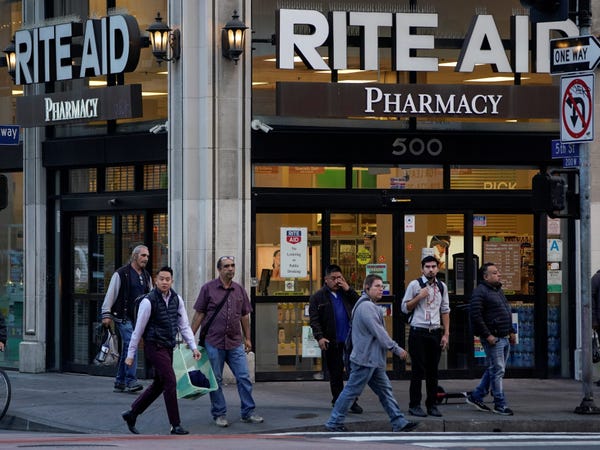 Health and wellness have long been areas where retailers are trying to do more, but the pandemic has made them even more important.

Rite Aid has done relatively well during the pandemic: Revenue was up nearly 12% for the lasted quarter ended in August as more consumers turned to its stores, which occupy a wider range of locations than most retailers, from shopping centers to residential areas.

The company could be especially open to being bought given its history. In 2015, Walgreens announced a plan to acquire the rival drug store chain in its entirety. Over the following two years, though, regulatory concerns forced the companies to scale back their ambitions, and Walgreens ended up acquiring a fraction of Rite Aid's network.

The result is a smaller Rite Aid that could be easier for a big box retailer to justify buying, especially at a time when wellness is getting a lot of attention. "Everybody's trying to get a piece of the action and stretch into it," Spieckerman said of the category. 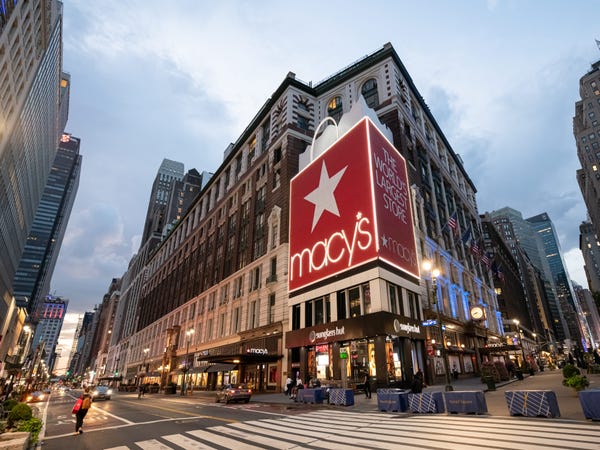 In 2020, Macy's made thousands of layoffs, and its most quarterly same-store sales declined 20% as many shoppers were reluctant to come back to stores.

A private equity deal could be in the cards for 2021, Peterson said, if a landlord doesn't come to the rescue as in the case of JC Penney earlier this year.

"The private equity hawks are going to swoop in and try to buy as much of this stuff as possible over the course of the next year," he said.