Pizza giant Domino’s has raised its full-year dividend by nearly half and flagged higher payouts in the future, saying it’s entered a “new phase of growth” in the pandemic.

Defying a downbeat retail market caused by the continued COVID lockdowns, the pizza chain on Wednesday said its total sales rose 14.6 per cent to $3.7 billion in the year ended June 30, with earnings jumping 30 per cent to $188 million. 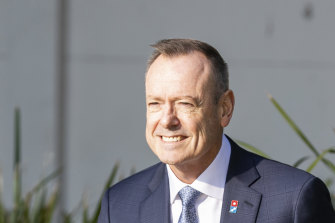 The results were largely in line with market expectations as Domino’s is seen as less affected by COVID-19 lockdowns than many of its retail peers, thanks to delivery and online being a core part of its business.

Growth continued through the company’s rapidly expanding international markets, with sales in Japan spiking 30.9 per cent and European revenue gaining 23 per cent. Australian sales, where the business has the majority of its stores, grew 6.5 per cent to $1.3 billion.

Sales for the start of the new financial year have also stayed strong, gaining 7.7 per cent across the business.

The solid result has prompted Domino’s to hike its long-term guidance, with the business now increasingly optimistic about its growth plans. Store openings over the next three to five years are now expected to increase by between 9 per cent and 12 per cent per year, up from the company’s previous 7 per cent to 9 per cent range. The company opened 285 new restaurants during the year, increasing the number of outlets by 10.7 per cent.

Net capital expenditure is predicted to be $50 million higher each year as the business ramps up its rollout.

Domino’s shareholders can also expect to receive higher dividends. The fast food operator said it would increase its payout ratio to 80 per cent, up from 70 per cent, in recognition of its “new phase of growth”.

The company will pay shareholders a final dividend of 85.1 cents per share on September 9, bringing the full payout for the year to $1.73, nearly 50 per cent higher than last year.

“Our business has the track record, cash flow and expanded debt facilities to deliver on our strategy. We intend to reinvest in long-term growth, benefiting franchisees and shareholders alike.

“We are very pleased with the results we have achieved over the past 12 months, and excited about the opportunity we have to deliver over the months and years ahead.”