New York (CNN Business)President Donald Trump has angrily complained this week about social media companies, repeatedly accusing them of censoring conservative voices and going as far as to sign an executive order Thursday seeking to limit their power.

Additionally, over the last month on Facebook, Trump has captured 91% of the total interactions on content posted by the US presidential candidates, according to CrowdTangle. Biden has captured only 9%.
CrowdTangle computes interactions by totaling the number of likes, comments, and shares a post receives.

Over the last month, the top performing news organization in the US was Fox News, a conservative network which largely echoes the Trump White House’s messaging.
Fox News captured 13% of all interactions among US news organizations with more than 29 million likes, comments, and shares, according to CrowdTangle.
The second top-performing page belonged to Breitbart, a right-wing website that is largely supportive of the President and has close ties to the White House. Its Facebook page accounted for 9% of the total US media interactions over the last month with more than 20 million likes, comments, and shares.
The third best performing US news organization was CNN, with 7% of the interactions; the fourth was ABC News with 5%; the fifth was NPR with 4%.
When sorting by US political media, the data skews largely in favor of conservative news organizations, according to CrowdTangle. Six of the top 10 US political media pages belonged to conservatives.
Ben Shapiro, the prominent conservative news personality, generated more than 25 million interactions over the past month on his page, accounting for 29% of the total share from US political media on Facebook, according to CrowdTangle.
The second top US political media page belonged to Breitbart, with 23% of total interactions.
Other conservative outlets in the top 10 for US political media over the last month: The Western Journal in fifth with 4% of the total interactions; TheBlaze in seventh with 3% of the total interactions; IJR in eight with 2% of total interactions; and the Washington Examiner in ninth with 2% of interactions.
Trump and Republican lawmakers have repeatedly accused Facebook and other social media platforms of bias, painting the companies as villains in a longstanding culture war used to excite the conservative base.
Technology platforms, such as Facebook and Twitter, have banned certain users in the past for violating hate speech policies.
In a widely covered move, Facebook, YouTube, and Apple booted right-wing conspiracy theorist Alex Jones from their platforms in 2018 for violating hate speech and harassment policies. The companies maintained that they do not discriminate against users for their political beliefs.
But the nuance has been lost on Trump, Republican leaders, and members of the conservative media.
Republicans and right-wing media outlets have been all too happy running with the narrative that social media companies are censoring conservatives, regardless of the facts. Fox News, Breitbart, and other outlets have amplified claims that conservatives are under fire on social media platforms. 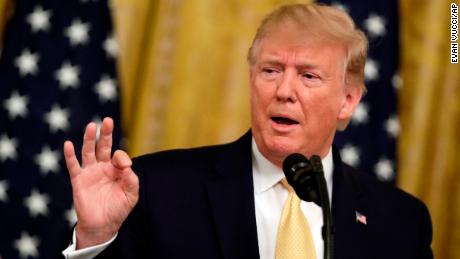 In addition to the president, House Minority Leader Kevin McCarthy, Texas Sen. Ted Cruz, and Donald Trump Jr. have been among some of the Republicans to promote this narrative.

Claims of social media bias and censorship have also made their way to Congress. Lawmakers have held hearings on the so-called practice of “social media filtering” where right-wing personalties have been asked to testify about the discrimination they’ve supposedly faced at the hands of the companies.
The narrative is unlikely to go away anytime soon. The politicians and media outlets on the right that push it do not seem moved by the facts. Instead, they seem more interested in a narrative that resonates with and whips up the conservative base.
Source: Read Full Article