‘The Next Revolution’ anchor Steve Hilton weighs in on Facebook censoring health information and the reopening process in California.

The social media company announced Thursday that the profiles purported to be those of right-leaning Americans, commenting on news articles in favor of President Trump.

The tech giant also permanently banned an Arizona-based digital communications firm it said was behind the accounts.

The actions taken were spurred by September reporting in The Washington Post that pro-Trump political action group Turning Point Action was paying teenagers to post coordinated, supportive messages. That is a violation of Facebook’s rules.

Facebook and Twitter have been regularly removing false accounts that try to insert themselves in the U.S. political discourse and interfere in the presidential election — both domestically and abroad. 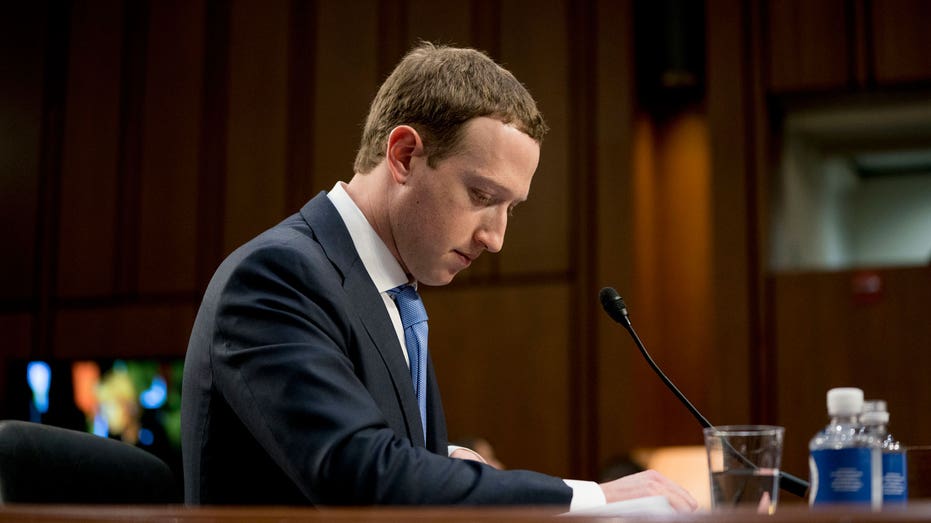 Facebook CEO Mark Zuckerberg pauses while testifying before a joint hearing of the Commerce and Judiciary Committees on Capitol Hill in Washington, Tuesday, April 10, 2018, about the use of Facebook data to target American voters in the 2016 election (AP Photo/Andrew Harnik / Associated Press)

The last network Facebook removed became active before the 2018 midterm elections and went dormant until June 2020.

The accounts then began posting criticism of Democrats and presidential candidate Joe Biden, praise for Republicans and President Trump, and more on several other topics like the COVID-19 pandemic.

One post that Facebook cited as an example blasted Democrats for being willing to "do anything to screw over Americans."

“So sick of democrats continuing to make republicans look bad! It makes me tired of politics and I just believe Republicans are much more humble when it comes to money because Democrats will do anything to screw over Americans,” it read.

The individuals posting on the accounts used stock photos for their profile pictures, which Facebook's automated detection software discovered.

Facebook concluded that the accounts were being orchestrated by Arizona-based firm Rally Forge.

According to The Associated Press, Rally Forge's work for Turning Point USA — a conservative Phoenix-based nonprofit organization — was actually performed on behalf of Turning Point Action.

In a statement, Turning Point Action said it would work with Facebook “to rectify any misunderstanding” about its content.

While most of the fake profiles were made to appear conservative, others pretended to be left-leaning in 2018.

Fox Business has reached out to Turning Point USA and has yet to receive a response.