With the coronavirus outbreak spreading across the country over the past several weeks, President Donald Trump has bragged that his daily press briefings at the White House are achieving “Bachelor finale, Monday Night Football type numbers.”

At one such briefing in mid-March, a reporter posed Trump a unique question. “Major left-wing news media, even in this room, have teamed up with Chinese Communist Party narratives, and they’re claiming you are racist for making these claims about Chinese virus,” she noted as the president chuckled.

“Is it alarming that major media players, just to oppose you, are consistently siding with foreign state propaganda, Islamic radicals, and Latin gangs and cartels? And they work right here at the White House with direct access to you and your team?”

The reporter, Chanel Rion, is not a household name, but Trump knew who she was. “OAN,” he said slowly as she began to talk, “they treat me very nicely. Go ahead.”

The White House coronavirus briefings have been a major boon for Rion and the fledgling, hard-right news network, which last year claimed to be available in around 35 million households. OAN, founded by a wealthy Republican donor, has an unmatched fervor for Trump, who has called on the network numerous times since his daily televised briefings began.

Elevating OAN in this manner has provided a president under intense scrutiny for a botched pandemic response an opportunity to find an extremely friendly interlocutor. It’s also slowly mainstreaming a conspiracy-laden media network filled with a number of ultraconservative political actors who are not really journalists in any meaningful sense. 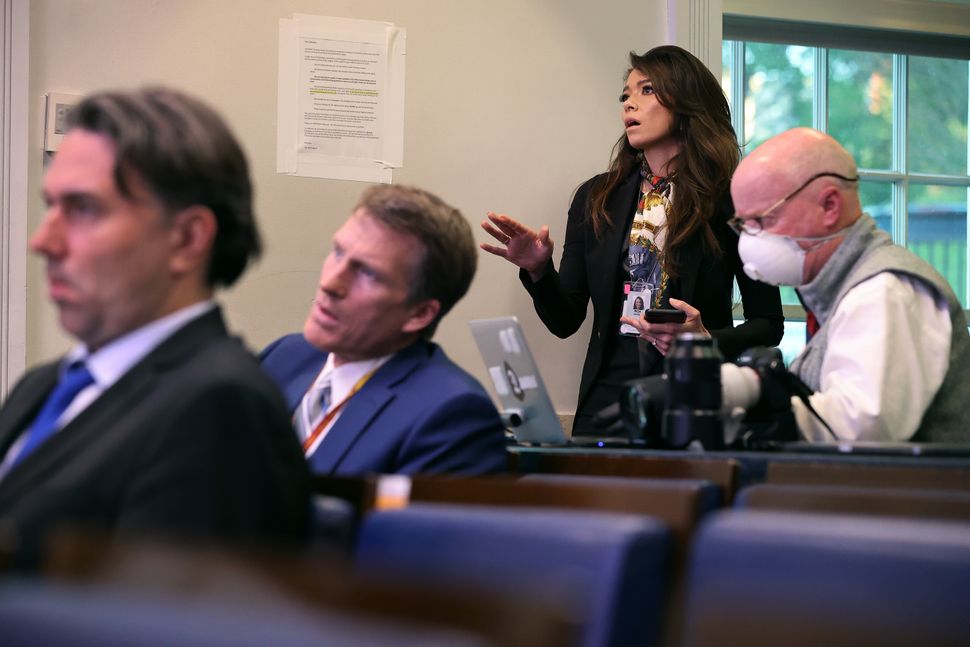 OAN was founded in 2013 by Robert Herring Sr., a San Diego-based millionaire who made a fortune in circuit boards before venturing into media in the early 2000s. His son, Charles Herring, serves as president of the channel and promoted the outlet’s launch as “opening up another front, another platform” for conservative and libertarian voices that didn’t make it onto Fox News.

Multiple providers, including DirecTV, AT&T U-Verse TV and Verizon FiOS TV, carry the channel, which reached around 15 million households in 2016 and now claims availability to 35 million as of 2019. (Verizon owns Verizon Media, which is HuffPost’s parent company.)

OAN’s breakout came during Trump’s 2016 presidential campaign when the channel began airing his rallies in full and aligned itself with his candidacy. Herring Sr. reportedly mandated that the channel not publish any polls during the campaign that didn’t show Trump in the lead, according to The Washington Post.

The Herrings describe OAN as a “hard news” outlet with “traditional values,” and in public comments downplay much of the far-right ideology and pro-Trump rhetoric that it broadcasts.

But much of OAN’s content has a conspiratorial bent that makes Fox News look like PBS. The channel employs an on-air reporter who was simultaneously working for Kremlin-funded propaganda outlet Sputnik and who falsely claimed that former Democratic presidential nominee Hillary Clinton gave antifa protesters $800,000 for weapons. Far-right media activist Jack Posobiec, who pushed the “Pizzagate” conspiracy, is another correspondent.

The outlet has suggested chemical weapons attacks and war crimes in Syria are a hoax by rescue workers ― a narrative pushed by Syrian dictator Bashar Assad and the Russian government. Last December, OAN aired an unhinged three-hour special featuring Trump’s personal lawyer Rudy Giuliani that tried to frame the impeachment scandal as a hoax targeting the president. 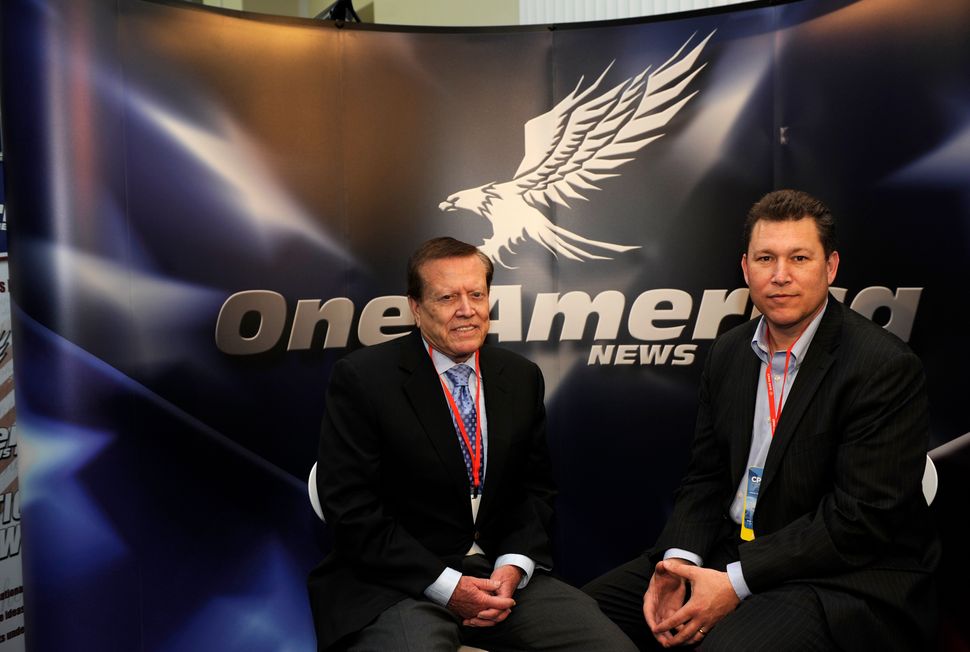 OAN has also brought its hard-right, pro-Trump viewpoint into the White House briefings, asking questions that either bash professional journalists, bolster Trump’s talking points or set him up for an easy answer, such as this one about ratings from host Jenn Pellegrino:

“Mr. President, your approval ratings have been the highest they’ve ever been, as well as the ratings on your handling of the virus, yet there are some networks that are saying they’re debating whether or not to carry these briefings live. Do you think there’s a link between the two?”

Rion, OAN’s White House correspondent, asked Trump if he thought the term “Chinese food” was racist and juxtaposed coronavirus deaths with abortions. Rion’s social media accounts are filled with photos of her interviewing and posing with members of the Trump family and the president’s close associates such as Giuliani.

One photo shows her with Trump at his Mar-a-Lago resort in Palm Beach, Florida, in early March. Rion’s personal website describes her as “President Trump’s most stalwart graphic warrior against leftism.”

Before joining OAN last May, Rion was an aspiring political illustrator who drew images of far-right bogeymen including the threat of Sharia law in the U.S. and hospital “death panels,” as well as the Seth Rich conspiracy alleging that Hillary Clinton arranged a contract killing.

Rion was a fixture on her husband Courtland Sykes’ failed Senate campaign during the 2018 midterm elections, where he ran in Missouri on a Trump-esque MAGA platform. Sykes became a subject of widespread derision during the campaign when he issued a statement condemning feminists as “she devils” with “nasty, snake-filled heads,” and by saying he wants “a home-cooked dinner at six every night, one that [Rion] fixes and one that I expect one day to have my daughters learn to fix after they become traditional homemakers and family wives.”

On air, Rion has implied that the coronavirus was created in a North Carolina laboratory and cited a conspiracy theorist who suggests the virus is a bioweapon used by the “deep state.”

OAN host Liz Wheeler ― a Trump favorite he has promoted on Twitter and whose book he has encouraged his followers to buy ― ran a segment on March 17 condemning mandated social distancing lockdowns and saying “government should not be allowed to forcibly close private businesses, hurting millions of people, even in a pandemic.”

Other OAN segments on the coronavirus in recent weeks have spread dangerous misinformation and included the chyrons “Does social distancing do more harm than good?” and “Can quarantine lockdowns kill the elderly?”

OAN’s coziness with the White House has also allowed it to continue attending Trump’s coronavirus briefings, even after the White House Correspondents’ Association decided earlier this month to remove the outlet for repeatedly violating strict social distancing guidelines by showing up on days it was not scheduled to attend. OAN has repeatedly attended the briefings since the decision, claiming it has special approval from the White House.

Over the weekend, Trump once again pointed across the room during his press conference to call on the outlet.