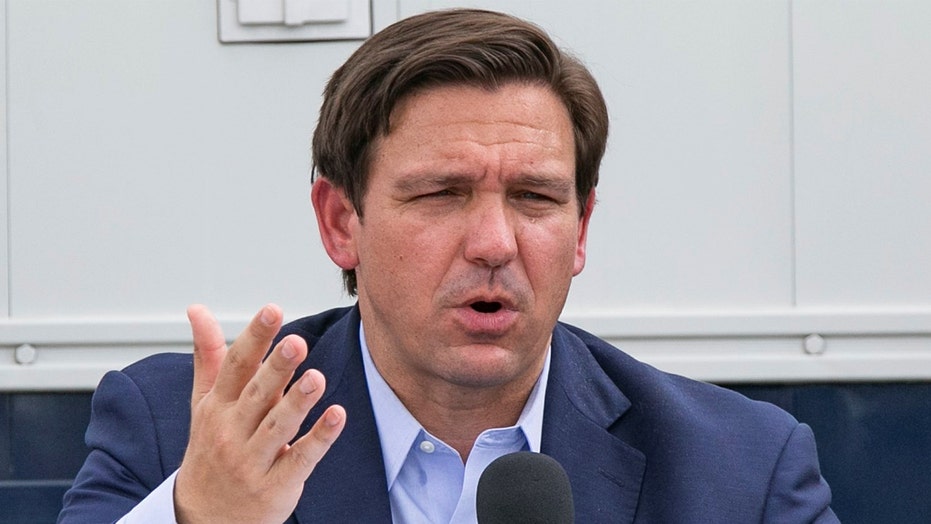 "We want to work to get this out to our senior population. We think that's very important to reducing mortality, reducing the number of people that need to be hospitalized for COVID-19," DeSantis said.

After a bitter debate, the Centers for Disease Control (CDC) guidance recommended that both seniors over 75 and frontline workers – those who work in grocery stores, food production, law enforcement or teaching — get the shot as part of "phase 1b."

DeSantis said he would eschew the recommendation for seniors over 65.

"It makes no sense for someone that’s 42 to jump ahead of somebody that’s 70," DeSantis said. "I want to make sure that if there’s one dose here in Pensacola left for this week, I want it to go to an elderly [person]."

But debate broke out among CDC recommendation panel members over who should be next to receive the limited supply: seniors, who are at much greater risk of complications from COVID-19, or frontline workers, who don’t have the option to socially distance.

"Ethical concerns" were reported among the panel, such as the fact that frontline workers are disproportionately minority and low-income. It’s often framed as a debate over whether to prioritize limiting the death toll or stopping the virus' spread.

Prior to the panel’s decision, CDC director Robert Redfield, who ultimately decides whether to approve the recommendation, urged members to prioritize the old.

Ultimately, the decision is up to state governors.

Florida has 4 million people in the over-65 category, DeSantis said, and he advised residents to be patient.

"We don't have enough vaccine to do everyone 65 and older in Florida at this moment. We have vaccine doses in the hundreds of thousands," DeSantis said.

About 70,000 shots were distributed to health care workers and seniors in long-term care facilities, according to the governor, but since some county health departments had received small amounts of the vaccine, seniors living independently would begin to be inoculated on Monday.

Other states are sure to join Florida in bucking CDC recommendations, Texas has already done so. The state announced in its "phase 1b" that those 65 and older and those who are considered high risk with certain medical conditions, such as Type 2 diabetes, heart disease, obesity or cancer.

"This approach ensures that Texans at the most severe risk from COVID-19 can be protected across races and ethnicities and regardless of where they work," Imelda Garcia, chair of Texas’ vaccine allocation panel, said, according to The Hill.

Meanwhile, Massachusetts is putting prisoners and corrections officers in its first round of vaccine recipients, along with police officers and firefighters.