New York (CNN Business)After a roller coaster 24 hours for Facebook — in which a whistleblower lodged damning claims at at the site, its stock fell 5% and the company suffered a more than five-hour outage across its most popular apps — the spotlight has shifted to Congress and what, if anything, lawmakers are willing to do to rein in the social media behemoth.

The upshot of the whistleblower’s claim: Facebook not only knows that its platform encourages angry, hateful, demonstrably false content, but it is prioritizing that content to keep readers engaged. The company is choosing “profit over safety,” according to Frances Haugen, the former Facebook product manager who worked on civic integrity issues.
Now, Haugen is bringing her case to Washington, pleading with lawmakers not to shut down Facebook or force it to break up — but simply to get serious about regulating it. The reality is that in nearly two decades, Congress has shown it’s barely capable of directing Facebook to the bathroom.

“The severity of this crisis demands that we break out of previous regulatory frames,” she said in her opening statement Tuesday.

Facebook’s leadership, she says, are the only ones who know how to make its platforms safer, but they have “put their astronomical profits before people.” They won’t do the right thing until they’re forced to.

It’s hard to overstate the shock value of Haugen’s testimony and the reams of internal documents she leaked to the Wall Street Journal. It’s one thing when outside researchers say your company is causing harm, but quite another when your own internal reports say your products are actively hurting teenagers and propagating Covid-19 vaccine lies that could kill people. 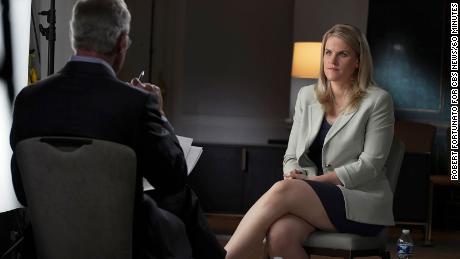 Her disclosures are important because they’re forcing the world to question how Facebook, and other tech giants for that matter, are being held accountable for their actions.
For its part, Facebook has pushed back against the Journal’s reporting, calling many of the claims “misleading” and arguing that its apps do more good than harm.

Why Facebook’s gotten a pass

Public pressure alone won’t get Facebook to change. If shame were enough, Facebook would have changed after the 2016 election. Or the Cambridge Analytica scandal. Or the 2020 election.
Even when dozens of major brands pulled their advertising over Facebook’s lax approach to regulating hate speech, the company barely felt a ding. Its stock is up 54% since that time (while the tech-heavy Nasdaq is up just over 48% in the same period).
So it’s up to Washington to fix Facebook. And that’s no easy task, even if Congress weren’t hamstrung by its own internal squabbling and the looming threat of America’s first-ever debt default.
Part of the problem with regulating Facebook is that lawmakers and regulators are feeling around in the dark for a solution to a problem society has never faced before. To borrow Haugen’s metaphor, it’s like the Transportation Department writing the rules of the road without even knowing that seat belts are an option.
And Facebook’s structure is uniquely murky, even among tech companies, according to Haugen.
“At other large tech companies like Google, any independent researcher can download from the Internet the company’s search results and write papers about what they find,” she said. “But Facebook hides behind walls that keep researchers and regulators from understanding the true dynamics of their system.”

Why this could be a turning point

But let’s put on our rose-colored glasses for a moment.
Haugen’s claims are different than past revelations about Facebook, in part because she filed a whistleblower claim with the Securities and Exchange Commission, accusing the company of misleading investors. One internal document cited by the Journal spelled it out so bluntly you have to wonder who had the audacity to put it on paper: “We are not actually doing what we say we do publicly.”
That is, needless to say, a big no-no for a publicly traded company.
The sheer scale of the documents Haugen provided to journalists and members of Congress — thousands of pages, some of them attorney-client-privileged, according to the Journal — also make her case unique. 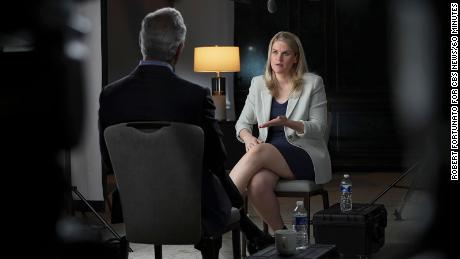 Those documents offer some of the most knock-your-hair-back evidence that Facebook is responsible for real, tangible harm, including worsening body-image issues among teens on Instagram, allowing misinformation to flourish and allowing celebrities or other public figures flout Facebook’s content regulations, according to the Journal.
It’s something of an Erin Brockovich moment — the Big Company knows it is poisoning the water, but it’s turning a blind eye. The question now: Will Congress do anything about it?
Source: Read Full Article