Ossoff, a 33-year-old media executive, won a runoff election against Perdue, the one-term senator and former Fortune 500 CEO, who at 71 is more than twice Ossoff's age. The November Election Day result failed to give either candidate a majority, forcing Tuesday's rematch.

"It is with humility that I thank the people of Georgia for electing me to serve in the Senate," Ossoff said in brief remarks delivered virtually.

He pledged to serve all Americans.

"Whether you were for me or against me, I will be for you in the U.S. Senate," he said. "I will serve all of the people in this state. I will give everything I've got."

In a statement issued shortly after 2 a.m. ET, Perdue's campaign said the race was "exceptionally close" but predicted victory.

"As we've said repeatedly over the last several weeks and as recently as this evening, this is an exceptionally close election that will require time and transparency to be certain the results are fair and accurate and the voices of Georgians are heard," the Perdue campaign said. 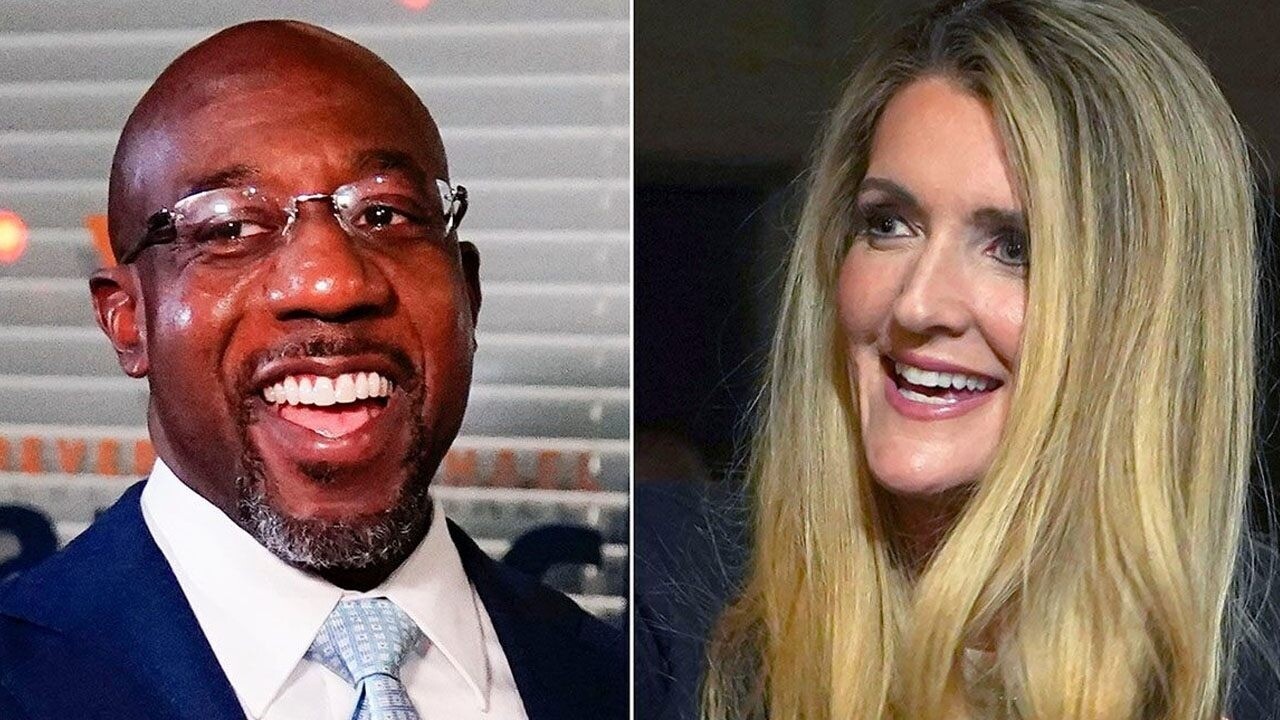 With Warnock and Ossoff’s wins, the Senate is deadlocked with 50 Democrats and 50 Republicans, with Vice President-elect Kamala Harris serving as the tie-breaking vote for Democrats. But Democrats still need to get their entire caucus on board to remove the 60-vote filibuster to end debate on most legislation, which is no sure thing.

Perdue narrowly missed defeating Ossoff in November's election, falling short of the 50% threshold needed for victory. In that race, Perdue topped by Ossoff by 88,098 votes, 49.73% to 47.95%, with Libertarian Shane Hazel pulling in 115,039 votes.

Perdue was at a disadvantage when it came to fundraising. Ossoff was the best-funded candidate of all time for a single congressional election. Through Dec. 16, the latest FEC filings available, Ossoff raised $138.3 million and Perdue raised  $89.1 million.

Perdue hit his opponent for his heavy out-of-state donations, saying that Ossoff "raised twice as much money in California as he did in the state of Georgia."

"The people in Georgia do not like people in California and New York coming down here trying to tell us how to run our state," Perdue told "Fox & Friends" on Tuesday, calling liberal-run New York and California "failed states."

The Georgia runoffs have been some of the most expensive two months of nonpresidential politics in American history. The total ad spending in the two races reached nearly $500 million.

That's about the amount of spending of an average presidential campaign.

It's rare that voters head to the polls for a congressional race knowing there are such high stakes. It’s not usually clear that such races will determine the balance of power in either chamber when they cast their votes on the same day as other states.

Ossoff promised to "take power away from Mitch McConnell" if he won, and he hit his opponent for "profiting off the pandemic."

In a viral moment during the only debate, Ossoff said, "Perhaps Sen. Perdue would have been able to respond properly to the COVID-19 pandemic if you hadn't been fending off multiple federal investigations for insider trading. It's not just that you're a crook, senator, it's that you're attacking the health of the people that you represent."

Perdue later pulled out of the final debate to campaign with President Trump. Ossoff hit his opponent as "too much of a coward" to debate him.

"Perdue is a dime-a-dozen politician, up to his neck in the corruption that taints both political parties, whose bank accounts are stacked with corporate cash. I assure you Perdue would never admit that," Ossoff wrote in an op-ed for Fox News Digital. "The point isn't Democrats against Republicans. It's The People against Crooks – crooks who are lining their pockets in office while they refuse to fight for the people."

In addition to staking out his position as a force against a "socialist takeover," Perdue repeatedly accused Ossoff of concealing financial ties to the Chinese Communist Party.

Insight TWI, the media company of which Ossoff serves as CEO, received up to $5,000 from PCCW Media Limited, a Hong-Kong based media company, to produce an ISIS war crime documentary. The Chinese government is an 18.4% shareholder in PCCW through the Chinese state-owned Assets Supervision & Administration Commission, and PCCW's chairman, Richard Li, opposes the Hong Kong pro-democracy movement.

Perdue also hit the media executive for taking thousands of dollars for his company from Al Jazeera, a controversial media company owned by Qatar.