(CNN Business)In a video clip released Friday by Fox News, “Fox News Sunday” host Chris Wallace previewed his interview with President Donald Trump, in which he fact-checked Trump in real time by questioning his assertion that Joe Biden wants to “abolish” the police. 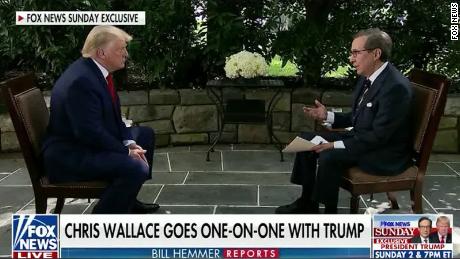 In the interview, Trump accused Democrats of running major cities “poorly,” and then went on to repeat his campaign’s lie that the former VP and presumptive Democratic Party nominee for president wants to rid the country of police.

“Sir, he does not,” Wallace shot back. 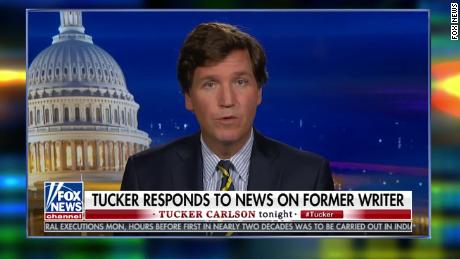 Trump doubled down, saying Biden had “signed a charter” with Sen. Bernie Sanders, a reference to a 110-page document with policy recommendations crafted by allies of the former vice president and his former rival for the presidency.
“It says nothing about defunding the police,” Wallace pointed out. Trump wasn’t having it, responding, “Oh really? It says abolish, it says. Let’s go, get me the charter, please.”

The video clip stopped there. But when Wallace previewed his Sunday interview with Fox anchor Bill Hemmer, he offered a hint as to what happened next.
Wallace said Trump “went through” the charter and “found a lot of things that he objected to that Biden has agreed to, but couldn’t find any indication — because there isn’t any — that Joe Biden has sought to defund and abolish the police.”
Source: Read Full Article