Retail giant Woolworths comprehensively failed to consider the significant negative effects of its now-axed Darwin Dan Murphy’s store would have had on the city’s Aboriginal community and put commercial benefits above all other considerations, an independent report has found.

On Wednesday, the $55 billion corporate behemoth released the 144-page independent panel review led by Gilbert + Tobin managing partner Danny Gilbert investigating the company’s decisions and level of consultation over its proposed Dan Murphy’s site, which was planned to be built within walking of three dry Aboriginal communities, including Bagot, Darwin’s biggest. 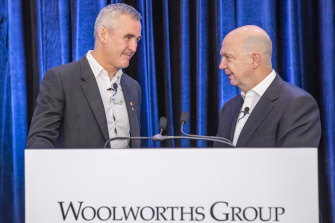 The report was finalised earlier this year and recommended Woolworths not proceed with building the site, which it announced it would do in April.

However, the full report outlines the extent of the company’s failings during its attempts to get the store built, including a dearth of meaningful consultation with Aboriginal and Torres Strait Islander communities and a “seemingly single-minded determination” to build the site regardless of local opposition.

The report says that commercial considerations trumped all others at almost all times during the process and considerations of the store’s social impact and possible damage it would inflict on Woolworths’ reputation were not contemplated until mid-2020, nearly four years after the company first kicked off plans to build the site.

“[Woolworths] failed to give sufficient reflective consideration to First Nations people of Darwin and the Northern Territory with respect to their socio-economic status, their histories and their struggles to overcome disempowerment and disadvantage,” the report reads.

Executives will commit to a number of “wide-ranging and personal” meetings with Aboriginal and Torres Strait Islander communities around Australia and the company will also appoint a group executive to oversee Woolworths’ decisions around First Nations issues.

“More fundamentally, it failed to sufficiently understand that many Aboriginal and Torres Strait Islander peoples view alcohol as nothing short of a demon that leaves destruction in its wake.”

The report notes the site, had it been built, would have been “another nail in the coffin of Aboriginal and Torres Strait Islander peoples distressed and dying from alcohol abuse” and issues a range of recommendations for Woolworths and its executives for engaging with Indigenous communities.

Executives will commit to a number of “wide-ranging and personal” meetings with Aboriginal and Torres Strait Islander communities around Australia and the company will also appoint a group executive to oversee Woolworths’ decisions around First Nations issues.

Endeavour Group, which owns Dan Murphy’s and will soon be demerged from Woolworths, will also take a number of steps, including executing assessments of all its current development proposals from a governance point of view, and “bridging the divide” between the business and public health groups.

“At the heart of our reflections today is strengthening our foundations for deeper, and more thoughtful and meaningful relationships with First Nations’ peoples,” the executives said.

“Relationships built on listening, learning and education. Relationships underpinned by equity and respect. Without those foundations it will not be possible for us to achieve our ambitions for full reconciliation.”