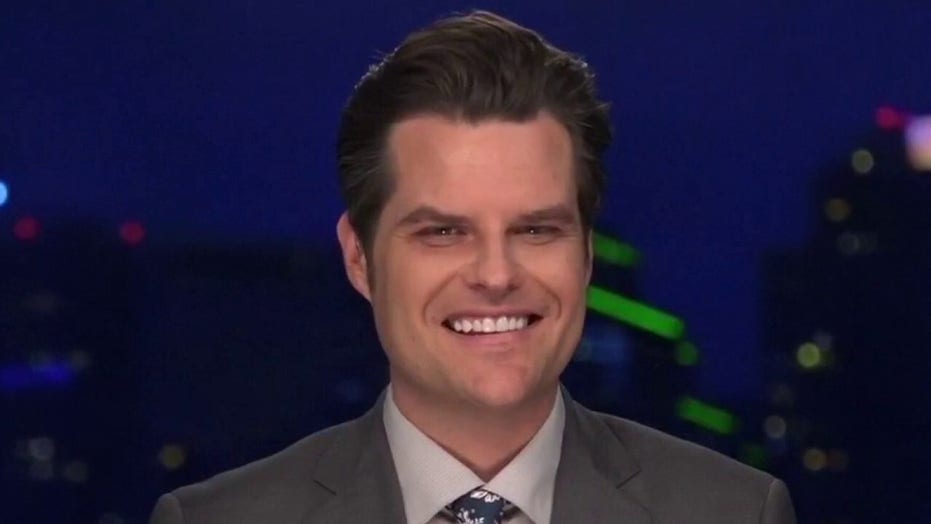 Rep. Matt Gaetz, R-Fla., mocked President Biden on “Hannity” Thursday after the 78-year-old commander-in-chief referred to his vice president as “President Harris” during remarks discussing the progress made on coronavirus vaccinations in the U.S.

Gaetz: When it comes to the Harris-Biden relationship, everyone in Washington knows that every time Kamala Harris shakes the hand of Joe Biden, she’s checking his pulse, Sean …

I believe that Russia is not the great threat that some of the establishment would portray it … China’s the real threat that faces our generation and country.

We will not defeat China in a world in which we portray weakness. Today, Joe Biden portrays that very weakness, in his stature and his inability to address problems, in his acuity, and when we get down to the elements of the Trump presidency we want to maintain on trade, on international engagement, on focusing our foreign policy against the Middle Kingdom, not the Middle East, it’s important that we continue to preserve that America First doctrine, because I think Joe Biden wants to take us back to a world in which we threat construct around Russia rather than focusing on the real threat that will drive whether or not America continues to lead another generation of global success.