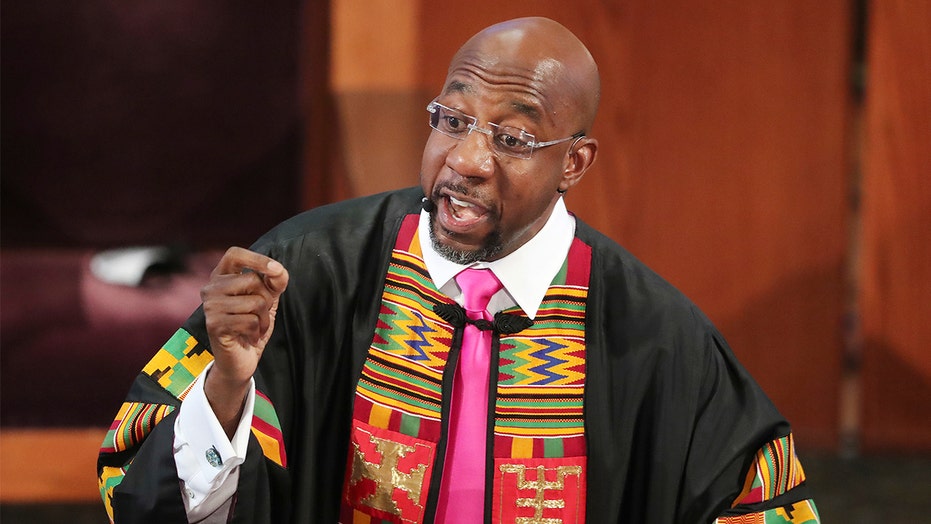 Rev. Raphael Warnock, Democratic Senate candidate in Georgia who advanced to a January runoff race, was found to have last year signed a statement comparing Israeli control of the West Bank to “previous oppressive regimes,” such as “military occupation of Namibia under apartheid South Africa.”

Warnock, who won 32.87 percent of the vote in his race, will face Sen. Kelly Loeffler in a January runoff election. Loeffler split votes with Republican challenger Rep. Doug Ducey to garner 25.97% of the vote.

The letter was written by a group of faith leaders from historically African American and South African churches, all of whom had just taken a trip to Israel in Spring 2019. Warnock was among the group who signed the letter.

The letter suggests that the group while visiting occupied territory witnessed: “The ever-present physical walls that wall in Palestinians in a political wall reminiscent of the Berlin Wall,” along with “The heavy militarization of the West Bank, reminiscent of the military occupation of Namibia by apartheid South Africa.”

During World War I, South Africa launched a military campaign and occupied the German colony of South West Africa, current day Namibia. In 1988, after decades of extreme international pressure, South Africa signed an agreement at the United Nations headquarters to relinquish Namibia.

The group said they had witnessed both Jewish and Palestinian perspectives. Still, they said they were shocked at the “unstoppable gobbling up of Palestinian lands to almost render the proposed two-state solution unworkable.”

The National Council of Churches group said they witnessed: “The laws of segregation that allow one thing for the Jewish people and another for the Palestinians; we saw evidence of forced removals; homes abandoned, olive trees uprooted or confiscated and taken over, shops and businesses bolted with doors welded to close out any commercial activities.”

Separately, the Progressive National Baptist Convention, in a resolution which listed Warnock as a delegation member, called on the U.S. to “end all military aid to Israel” and to “work in cooperation with the United Nations to demand,” among other things, that Israel: “cease the building of new, or expansion of existing, illegal Israeli settlements, checkpoints and apartheid roads in the occupied Palestinian territories.”

But Warnock’s campaign said he is opposed to ending direct military aid to Israel.

“Reverend Warnock has deep respect for the invaluable relationship the United States has with Israel and how Georgia continues to benefit from that friendship. The reservations he has expressed about settlement activity do not change his strong support for Israel and belief in its security – which is exactly why he opposes ending direct military aid to such a strong ally,” Warnock campaign spokesperson Terrence Clark said in a statement to Fox News.

“Raphael Warnock has a history of anti-Israel positions, from embracing anti-Zionist Black Lives Matter and defending anti-Semitic comments made by Rev. Jeremiah Wright, to calling Israel an 'oppressive regime' for fighting back against terrorism,” Loeffler’s campaign communications director Stephen Lawson said in a statement to Fox News.

“Kelly Loeffler is unwavering in her support of America's strongest ally, which is why hardworking Georgians back her," the statement continued, "Kelly will always stand with Israel and will always hold the line against left-wing radicals like Raphael Warnock who have a dangerous agenda that will threaten the lives and livelihoods of Jewish people both at home and abroad."