FOX Business’ Jackie DeAngelis breaks down the market’s reaction to the coronavirus.

A handful of Republican state legislators in Georgia are requesting the removal of Coca-Cola products from their offices after the Atlanta-based beverage giant criticized the state's new elections law.

The GOP legislators wrote a letter dated Saturday to Kevin Perry, president and CEO of the Georgia Beverage Association, criticizing the company for caving to "the pressure of an out of control cancel culture."

"We respectfully request all Coca-Cola products be removed from our office suite immediately," says the letter, signed by eight GOP state House members. “Should Coke choose to read the bill, share its true intentions and accept their role in the dissemination of mistruths, we would welcome a conversation to rebuild a working relationship.”

The letter comes after Coca-Cola Chairman and CEO James Quincey issued a statement last week saying the company was "disappointed in the outcome of the Georgia voting legislation."

"Voting is a foundational right in America, and we have long championed efforts to make it easier to vote," Quincey said. "We want to be crystal clear and state unambiguously that we are disappointed in the outcome of the Georgia voting legislation. Throughout Georgia’s legislative session, we provided feedback to members of both legislative chambers and political parties, opposing measures in the bills that would diminish or deter access to voting."

He added that Coca-Cola's focus "is now on supporting federal legislation that protects voting access and addresses voter suppression across the country."

The legislation places new restrictions on voting by mail, adds voter ID requirements, and limits ballot drop boxes. It also mandates two Saturdays of early voting ahead of general elections, an increase from just one, and leaves two Sundays as optional. The legislation also bans outside groups from handing out food or water to those waiting in line to vote.

In the letter, the legislators praised parts of the bill, which they said: "expands early voting opportunities, provides for a pathway to ensure shorter voting lines, secures the use of drop boxes which would otherwise be illegal, as well as several other provisions allowing all Georgians greater access to fast, secure and transparent elections.”

They also accused the company of making the "conscious decision to perpetuate a national dialogue which seeks to intentionally mislead the citizens of Georgia and deepen a divide in our great state."

“We have the responsibility to all of Georgia to not engage in those misguided intentions nor continue to support corporations who choose," they added in the letter.

The company required valid ID to be admitted to its 2020 meeting of shareholders. 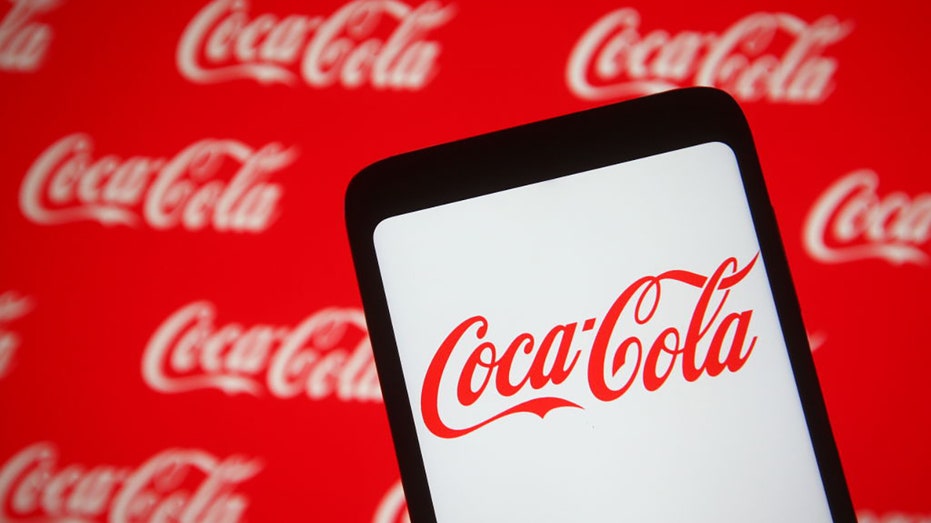 In this photo illustration, the Coca-Cola logo is seen displayed on a smartphone and a PC screen on March 23, 2021. (Getty Images)

“At the entrance to the meeting, we will verify your registration and request to see your admission ticket and a valid form of photo identification, such as a driver’s license or passport,” the company wrote in reference to its 2020 annual meeting of shareholders.

Democrats and voting rights advocates argue that the legislation would make it harder for people, particularly those of color, to vote. While Republican supporters say the law is needed to restore confidence in Georgia’s elections.

"Major League Baseball fundamentally supports voting rights for all Americans and opposes restrictions to the ballot box," league commissioner Rob Manfred said Friday, announcing the decision to pull this year’s All-Star Game out of the Peach State. He said protesting Georgia’s new GOP-backed election integrity law was "the best way to demonstrate our values as a sport." The game has since been relocated to Denver.

The House recently passed H.R. 1, the For the People Act, election reform favored by Democrats and panned by Republicans.

The legislation would create automatic voter registration across the country and ensure those who complete felony sentences have their voting rights restored. The bill will also expand early voting and enhance absentee voting by simplifying voting by mail.