Americans for Tax Reform President Grover Norquist warns the White House is ‘heading in the wrong direction’ with tax increases to make up for economic losses during the coronavirus pandemic.

If your only tool is a hammer, everything looks like a nail.

For Democrats today, the solution for every new issue is another tax increase. Name the “problem” and their “solution” is a higher tax on American families and businesses.

Every issue is an excuse to expand the size and scope of government and implement trillions in new taxes.

Even in the recent $1.9 trillion COVID "relief" spending spree legislation, Democrats put in a proviso that they believe will stop any tax reduction by Republican-led state governments for the next four years: If a state cuts taxes the Biden administration will threaten to sue to get their “bailout money” back.

DEMOCRATS USING TAXPAYERS AS ‘PAWNS’ IN COVID RELIEF BILL: NY LAWMAKER
When the Senate parliamentarian ruled that a $15 minimum wage mandate violates budget rules and cannot be included in Biden’s $1.9 trillion spending bill, Sen. Bernie Sanders and Finance Chairman Sen. Ron Wyden, D-Ore., moved to “Plan B” –  a tax on companies that do not pay a $15 minimum wage.

This is not an isolated case. New and higher taxes are a hallmark of every Democrat proposal. 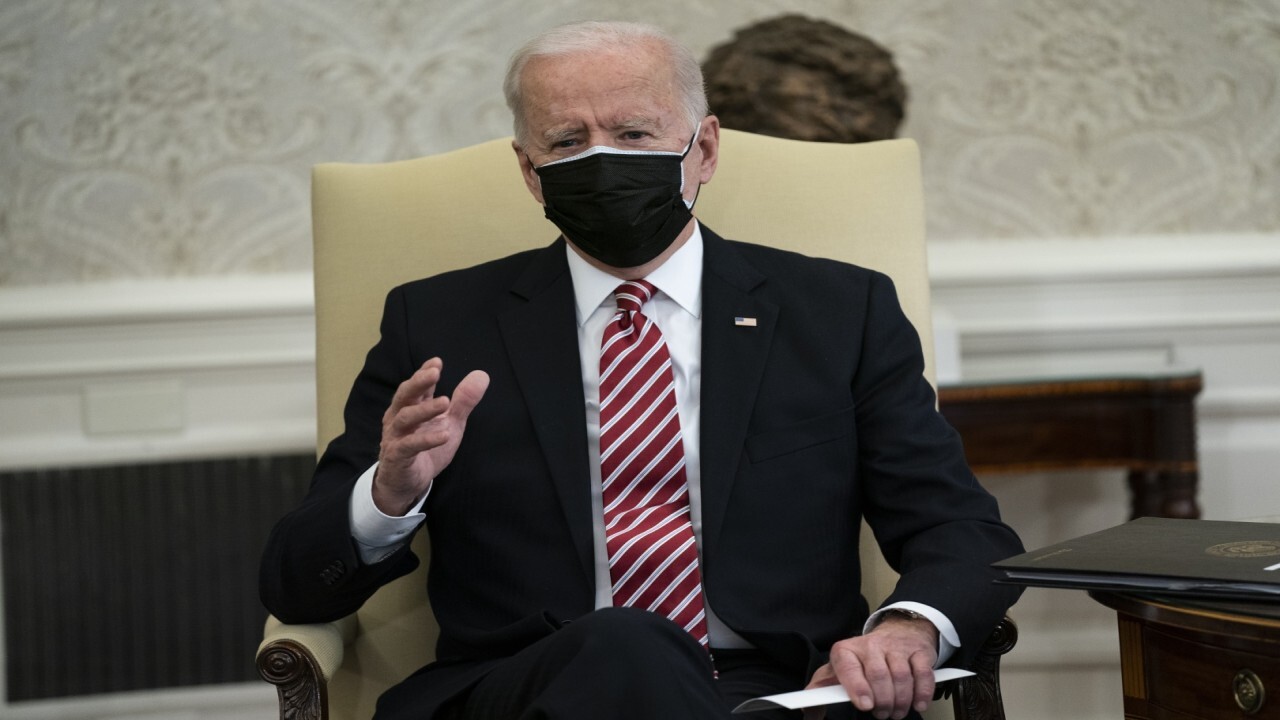 Not content to settle for the newly enacted $1.9 trillion partisan COVID spending bill, Democrats are laying the groundwork for $3 trillion in yet more spending for later this year, and the beginning of Biden’s promise/threat to hike federal taxes by $4 trillion over the next decade beginning with raising taxes on American businesses.

Why would we raise taxes on businesses coming out of an economic downturn?

According to the Democrats, the success of any American corporation comes at the expense of American workers. 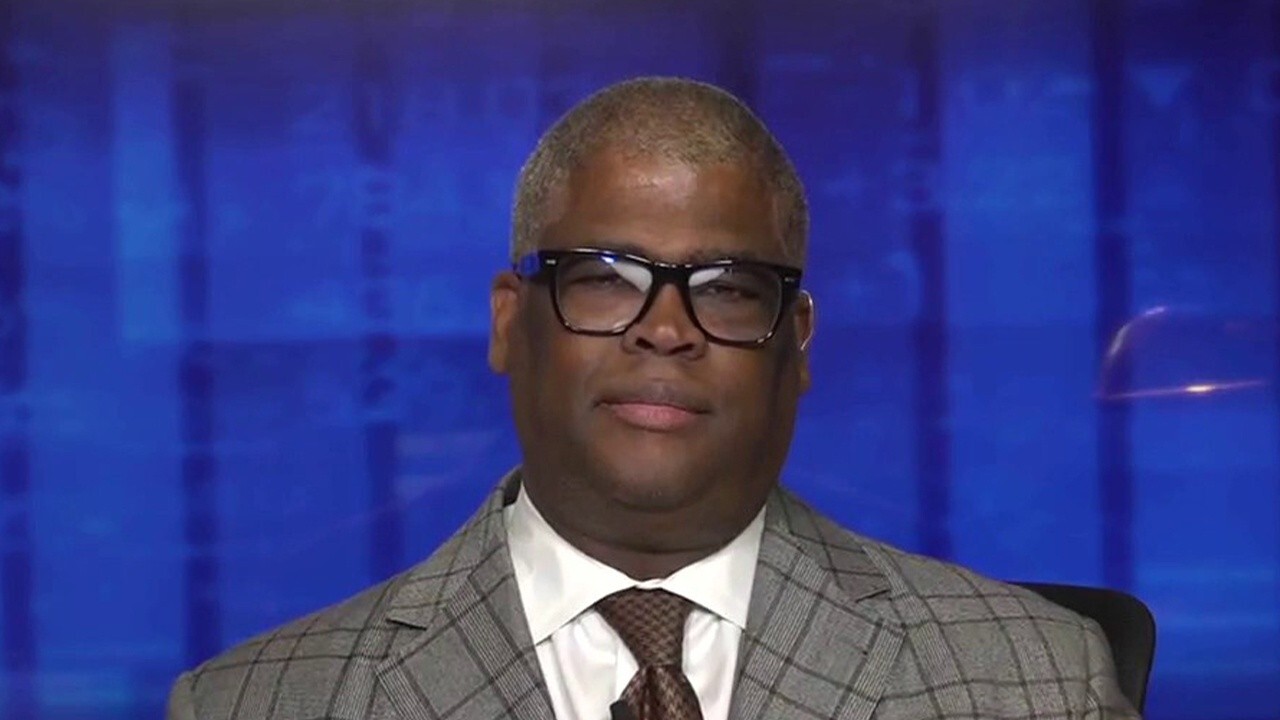 They, therefore, propose raising the corporate rate to 28 percent and imposing a set of new minimum taxes so businesses “pay their fair share.”

Ironically, raising the corporate tax will harm American workers. Many economic studies find that between 50 percent and 70 percent of corporate taxes are borne by labor so higher taxes leads directly to  fewer job opportunities and lower wages.

Thinking of tax hikes all day evidently damages one’s ability to remember things. How quickly the Democrats forgot the Obama years when his high tax rates led to “inversions” — American companies being bought by foreign companies because they were worth more headquartered in Canada or Ireland. When Republicans lowered the American corporate tax rate from 35% — the highest in the world – to 21% the Obama-era exodus of companies ended.

Before Republicans enacted tax reform in 2017, American businesses could not compete. In 2014, businesses with combined assets of $319 billion announced plans to invert, according to the Congressional Budget Office. Between 2004 and 2017, the high U.S. rate and worldwide tax system resulted in U.S. businesses losing $1.7 trillion in net assets due to mergers and acquisitions, according to a study by Ernst and Young.

Democrats also want to use taxes to address the “climate crisis.”

Key Biden officials including Treasury Secretary Janet Yellen support a $2 trillion energy tax. If implemented, this carbon tax would increase the cost of electricity and consumer goods and services for Americans across the country.

It would cause gasoline prices to increase, and increase the cost of doing business, disproportionately harming low-income households and small businesses.

When this tax was considered by Hillary Clinton in 2016, it was rejected because of concerns it would increase household energy costs by $500 per year.

Democrats have also vowed to “crackdown” on health care costs including prescription medicines. On this issue, their solution is again a tax.

This could impose a tax on hundreds of life-saving drugs including cures for cancer, hepatitis C, epilepsy, and multiple sclerosis.

The Congressional Budget Office argues that the tax is so onerous that manufacturers would be forced to accept whatever price the federal government demands or stop selling the drug in the U.S. entirely. The proposal could lead to 100 fewer new medicines over the next decade, according to a study by the Council of Economic Advisors.

The Left has seized Gamestop-Robinhood trading controversy as a reason to impose a $1 trillion financial transactions tax on trading stocks and bonds.

While Democrats, like Rep. Ilhan Omar, D-Minn., frame this tax as a punishment to Wall Street, it would actually harm American savers and investors across the country.

This tax (as well as corporate tax hikes and capital gains tax hikes) will reduce the life savings of the 80 to 100 million Americans that have a 401(k) and the 46.4 million households that have an individual retirement account. These tax hikes will also harm the 53 percent of Americans that are invested in the stock market, and half of all Gen-Zers and Millennials that have begun trading in stocks as a way to increase their life savings.

The fact is, the left has a tax for almost everything. No matter what the issue is, Democrats will use it to try and justify new taxes on American families and businesses.

They want to use taxes to punish those they dislike and use this to finance new spending for their own special interests.

Grover Norquist is President of Americans for Tax Reform.