Getswift has defended its decision to leave the ASX and re-list in North America amid its legal battle with the corporate regulator and a class action lawsuit, saying the US offered a great opportunity despite the move causing a share price plunge.

“GetSwift's decision to re-domicile to North America wasn't arbitrary; quite the opposite, the company recognised a tremendous, unmet need for last-mile logistics in the largest SaaS (software as a service) market in the world,” Getswift’s chief operating officer Robert Bardunias said in response to questions from The Age and the Sydney Morning Herald.

According to Mr Bardunias, the North American listing “will provide an unmatched opportunity to scale … the company's redomiciling is equally responsive to the market as it is to shareholders.” 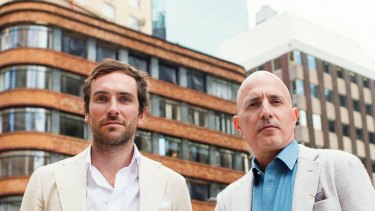 The company has been largely silent since its disastrous market plunge in February 2018 after it revealed that fewer than half the contracts it had been publicising were actually generating any revenue.

The preceding ASX announcements about its customer contracts are the subject of an Australian Securities and Investments Commission (ASIC) action against Getswift and its founders, former AFL footballer Joel Macdonald and Bane Hunter, as well as the class action. Mr Macdonald and Mr Hunter face corporate bans in Australia if the ASIC action is successful.

The company has retained the support of its major shareholders despite the legal battles, and US investor Charles Frischer was sympathetic to the company’s need to leave the ASX despite the share rout which has shed half its market value since August to a low of 38¢ last week.

“The regulator in Australia (ASIC) absolutely has to share in the blame for Getswift leaving the country. This is not a great day for Getswift or Australia,” Mr Frischer said.

"Australian shareholders are now confused about the future of the company and are now selling their shares at very low prices in my opinion because they can’t or don’t understand that they can continue to own shares of Getswift, even if they move to the NEO exchange in Canada."

The big issue for Getswift is that, despite the extraordinary revenue growth it is still burning through its cash stockpile. Losses rose to $31.1 million last year despite revenue rising ten-fold to $24.5 million from $2.14 million the prior year. Cash reserves more than halved from $68 million to $31 million as of June 30.

According to Frischer, Getswift will need another capital raising before it becomes self-sustaining and if the company stayed on the ASX it "would likely be restricted from raising money ever again from investors".

"This is lose-lose for all parties. A failure of the system," he said.

The overseas move is not just an issue for current investors.

The class action run by Phi Finney McDonald received court orders last week addressing concerns about the amount of Getswift cash finding its way overseas as well as the recent plans to relocate to Canada.

Justice Lee ordered that Getswift provide three business days notice before implementing any decision regarding the acquisition of an interest in a third party company, or an asset worth more than $1 million, or transfer any assets to a related body corporate.

The latter is a reference to the mechanism that will see Getswift relocate overseas.