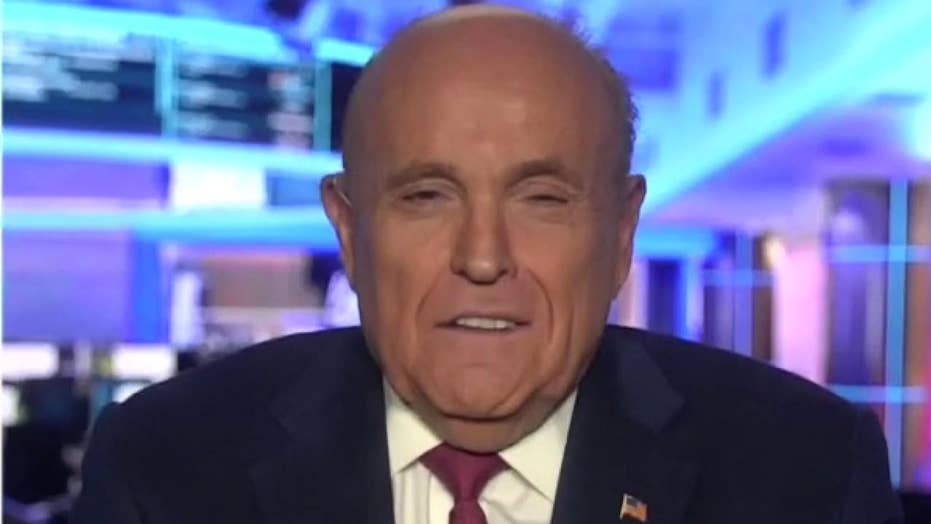 Former New York City Mayor Rudy Giuliani discusses how to bring law and order back to the city. He also provides insight into the Russia investigation.

“The man is, without doubt, a terrible mayor. He’s a danger,” Giuliani told host Maria Bartiromo. “People die as a result of his incompetence.”

Giuliani, now President Trump's personal attorney, pointed out that de Blasio is a good example of the importance of who holds public office, since people’s lives depend on the competence of elected officials.

At the peak of the coronavirus pandemic in the city this spring, President Trump sent the Navy hospital ship Comfort to care for an expected overflow of patients but de Blasio neglected to use it, Giuliani said. Instead, the mayor promoted the Black Lives Matter movement by painting a mural in front of Trump Tower.

“He has clearly been the worst mayor in the history of the city,” he said. “I can't tell you how bad he is, how many things he's done wrong.”

On Monday, the Justice Department designated New York City an “anarchist jurisdiction” following rioting over the summer. Giuliani claimed the designation was likely based on video footage that showed police officers refraining from interfering with violent protests.

“The New York City Police Department wouldn't do that unless they were ordered to do that,” he said. “And I believe if you ever held a trial, you could call police commanders who would testify that the mayor personally called them and told them to stand down. I don't even know if that makes him an accessory to robbery.”

The former mayor went on to blame de Blasio for attacks on NYPD officers and a surge in violence.

“He ran against the police department,” he said. “He demonized it. That's how he got elected."