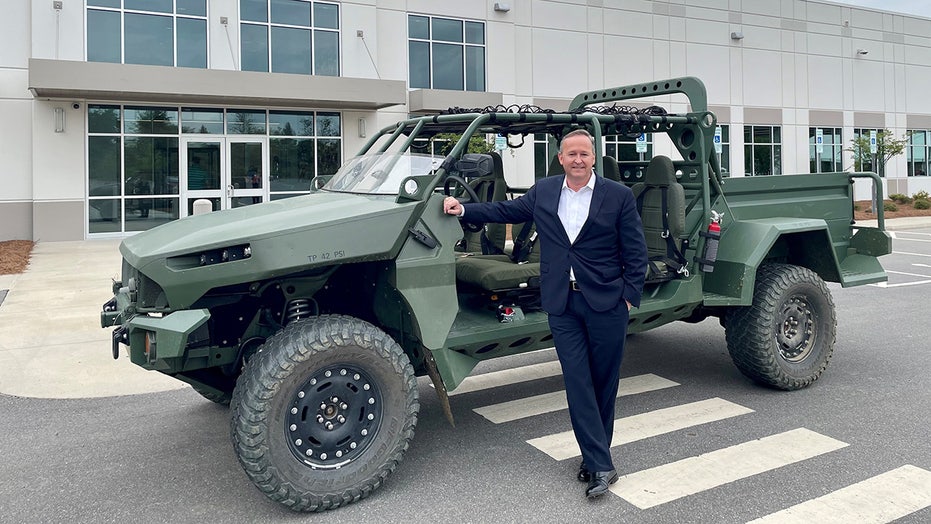 General Motors is aiming to become an all-electric brand, and that could include military vehicles one day. 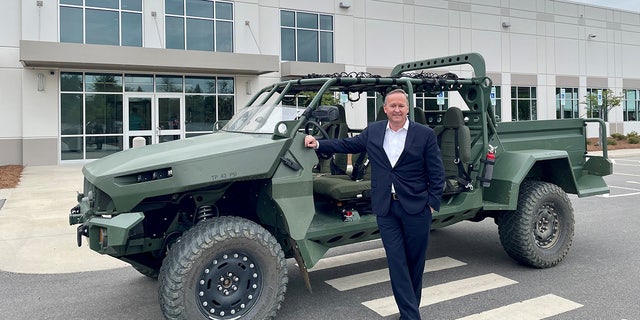 The automaker’s GM Defense unit has unveiled a prototype for an electric version of the Infantry Squad Vehicle (ISV) it is building for the U.S. Army. 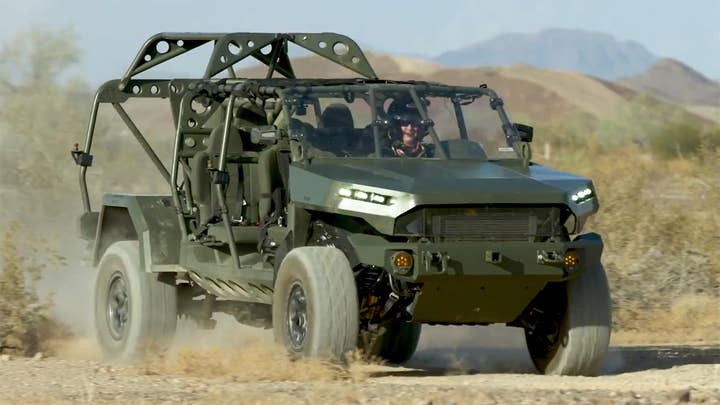 The high-performance truck is based on the Chevrolet Colorado ZR2 and normally powered by a 2.8-liter turbodiesel, but the four-cylinder engine has been replaced with the eCrate electric drivetrain conversion kit GM will soon be offering as an aftermarket product for custom car builders. 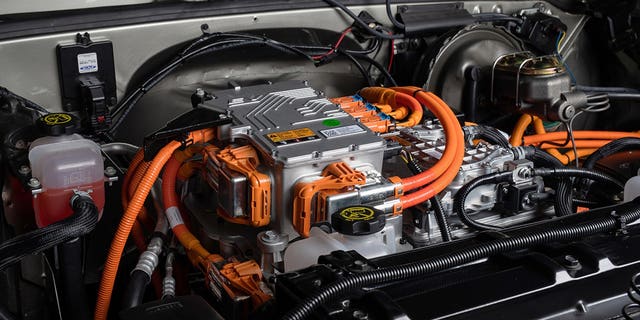 GM installed the eCrate into a 1977 K5 Blazer to demonstrate it.
(GM)

The eCrate includes the 200 hp/266 lb-ft motor from the Chevrolet Bolt EV, a 60-kilowatt-hour battery pack, power control unit, wiring harness and a liquid cooling system for the batteries.

According to GM Authority, the rearmost seats of the ISV have been replaced with a pickup bed made from the same carbon fiber material as the GMC Sierra’s CarbonPro bed, under which the battery has been installed.

Testing on the prototype has only recently started, but the vehicle has an estimated range of 70-150 miles per charge.

GM Defense is contracted to build at least 649 of the conventional ISVs, which will be manufactured at its facility in Concord, N.C.