Search giant Google took in more than $5 billion from advertisers and corporate customers in Australia for the first time in 2020, despite the first recession in nearly three decades and a sharp downturn in advertising spending caused by the coronavirus pandemic.

Financial accounts lodged on Thursday with the corporate regulator for the 2020 calendar and financial year show Google’s gross revenue in Australia grew 8 per cent to $5.2 billion in 2020, a fresh high. Advertising revenue hit $4.4 billion, up from $4.1 billion the previous year. 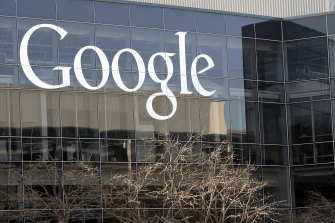 Google Australia posted gross revenue for $5.2 billion last year, which majority of the money from advertisers.Credit:AP

Google’s revenue growth contrasts with the experience of large local media companies including News Corp Australia, Nine Entertainment Co (owner of this masthead) and Seven West Media. They were forced to slash costs, and in some cases cut jobs and renegotiate debt with banks as advertising revenue fell as much as 30 per cent. Nine and Seven subsequently posted strong profits in the second-half of 2020 and have been optimistic on a recovery this year.

The search giant’s financial results have been made public as large media companies wait to finalise contracts with Google for payment of news articles under the government’s recently legislated news media bargaining code. Google fiercely opposed the legislation and initially threatened to shut down its search engine in Australia. It later backed down and the legislation eventually passed after the government made several concessions to appease the global platforms.

News Corp, Nine, Seven, Guardian Australia and youth website Junkee Media have all signed letters of understanding with Google or are in the middle of finalising contracts.