EXCLUSIVE: Texas Republican Rep. Chip Roy has caused a social media firestorm for admitting on a video that Republicans' goal is to obstruct President Biden's agenda on issues like infrastructure and beyond.

"I mean honestly right now, for the next 18 months, our job is to do everything that we can to slow all of that down to get to December of 2022, and then get in here and lead," Roy was filmed saying during a Capitol Hill event on June 29 – unbeknownst to him.

Roy, a House conservative and former GOP staffer to Sens. Ted Cruz and John Cornyn, also expressed delight over Democrats' disagreement over their infrastructure legislation, with moderates pushing for a narrow bipartisan deal and progressives demanding a multitrillion-dollar spending spree on social service and climate priorities.

"I actually say ‘Thank you, Lord – 18 more months of chaos and the inability to get stuff done,'" Roy says. "That’s what we want." 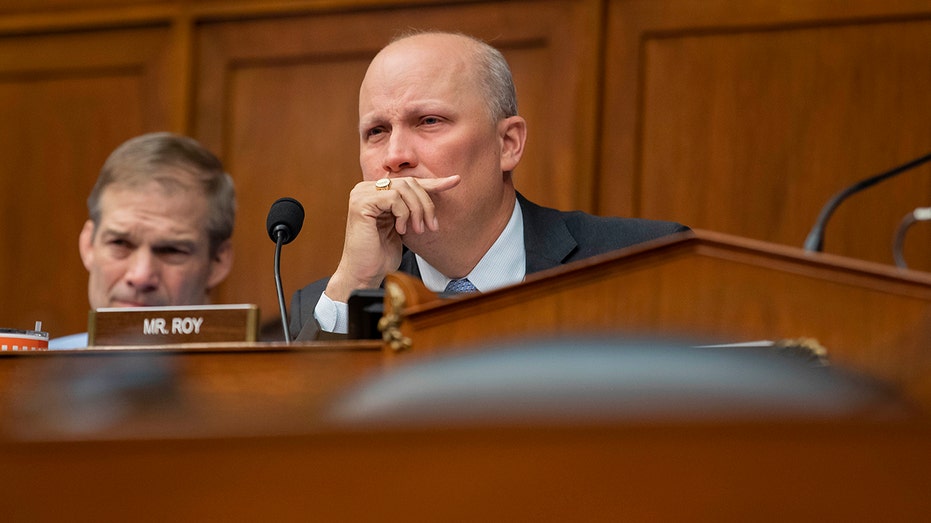 In the video, Windsor asks Roy a question about Biden's efforts to strike a bipartisan infrastructure deal, which prompted the congressman's admission that Republicans are hoping for Democrats to fail.

Roy doubled down on his comments in an exclusive statement to Fox and pledged to do everything possible to stop the "radical left" and "weak Republicans" from succeeding.

"For the next 18 months, Republicans' job is to do everything that we can to slow down and block the Democrats' radical agenda, and then win the majority and lead," Roy said in a statement Wednesday first obtained by Fox. "I am in favor of anything that slows down and halts radical leftist legislation, including chaotic negotiations like Biden’s incoherent infrastructure dialogue that left all parties confused.

"I do not apologize one bit for pushing back against the leftist mob that seeks to destroy America from within. I am proud of this country, not embarrassed by it and I will obstruct the agenda of those that are with everything I've got."

Roy also took aim at the "swamp press" and some Republicans in Washington.

HOUSE APPROVES TRANSPORTATION BILL; MOST REPUBLICANS REJECT IT DESPITE CONTRIBUTING BILLIONS IN EARMARKS

Liberals immediately pounced on the Roy video as further evidence that Biden's efforts to find bipartisanship with Republicans is a losing battle and Democrats should just move on with their priorities.

Roy responded on Twitter to Olbermann by quipping he's an "exceptional" obstructionist of leftists with a reference to a villain in the movie "Die Hard."

Roy is not the only Republican to admit his goal is stopping Biden's priorities from taking shape. Senate Minority Leader Mitch McConnell, R-Ky., said in May that "100% of my focus is standing up to this administration."

The latest video flap comes as Biden is seeking to cement a deal with Senate Republicans on a roughly $1 trillion infrastructure plan to rebuild the country's roads, bridges and more.

But he's also trying to pitch a broader so-called human infrastructure plan that will make trillions in investments in areas like education, health care and child care. Democratic leadership in the House and Senate have said both proposals are needed in tandem to secure the necessary votes of their fragile majorities.