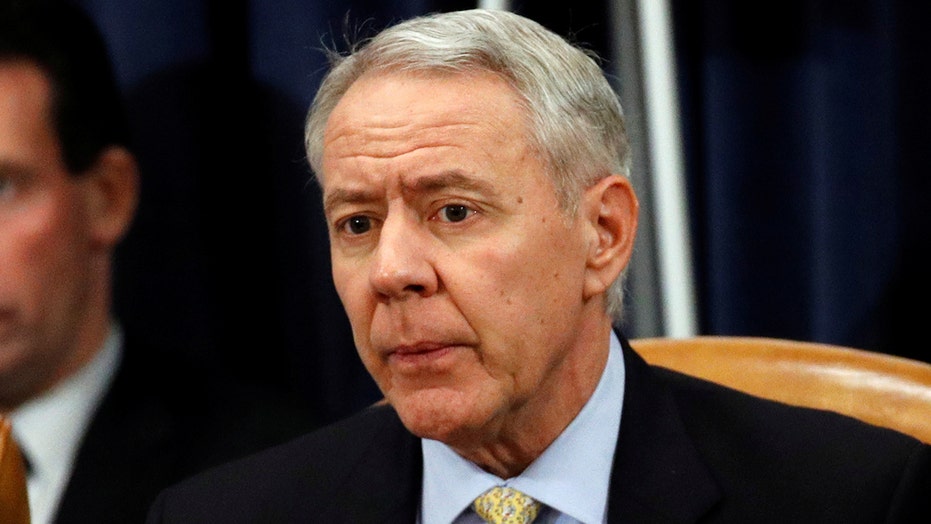 Rep. Ken Buck, R-Colo., lambasted the “hatefulness” of the “America First Caucus” and its policy platform, as reported Friday.

“The hatefulness of this statement is only surpassed by its ignorance of American history and values,” Buck said, quoting a Punchbowl News tweet that reported the platform would, among other priorities, defend “Anglo-Saxon Political traditions.”

“I didn’t think there would be a need for clarification, but I am condemning this newly formed caucus, not the Punchbowl News tweet,” Buck added.

Buck joined House Minority Leader Kevin McCarthy, R-Calif., who issued an apparent rebuke of the caucus and its platform on Friday.

“America is built on the idea that we are all created equal and success is earned through honest, hard work. It isn’t built on identity, race, or religion,” McCarthy wrote on Twitter. “The Republican Party is the party of Lincoln & the party of more opportunity for all Americans — not nativist dog whistles.”

Plans for the America First Caucus were first reported by Punchbowl News Friday.  The group is being led by Reps. Marjorie Taylor Greene, R-Ga., and Paul Gosar, R-Ariz.

Greene said Saturday she “hadn’t read” the platform that was released.

“On Friday, sick and evil POS in the media attacked me with phrases I never said or wrote,” Greene said. “They released a staff level draft proposal from an outside group that I hadn’t read. The scum and liars in the media are calling me a racist by taking something out of context.”

“I have plans to drive President Trump’s America First agenda with my Congressional colleagues but we won’t let the media or anyone else push the narrative. America First policies will save this country for all of us, our children, and ultimately the world,” she continued.

The seven-page policy outline obtained by Punchbowl and The Hill said that members of  the caucus needed to possess a “certain intellectual boldness” to follow in Trump’s footsteps and “potentially step on some toes and sacrifice sacred cows for the good of the American nation.”

Among the group’s positions is that election fraud is widespread and the electoral system needs serious reform, including an end to mail-in voting. There is no evidence of any significant fraud in the 2020 eleciton.

On immigration, the group argues that “America is a nation, with a border, and a culture, strengthened by uniquely Anglo-Saxon political traditions.”

“History has shown that societal trust and political unity are threatened when foreign citizens are imported en-masse into a country, particularly without institutional support for assimilation,” the document reads.

On infrastructure, the group promotes buildings with “architectural, engineering and aesthetic value that befits the progeny of European architecture.” On coronavirus, the group argues for ending lockdowns and social distancing requirements recommended by the health experts.

When asked about references to “Anglo-Saxon” influence, he said he “hadn’t seen that.”

“It’s not supposed to be about race at all,” Gohmert said.

Rep. Matt Gaetz, R-Fla., tweeted Friday that he will be joining the caucus.

“I’m proud to join @mtgreenee in the #AmericaFirst Caucus. We will end wars, stop illegal immigration & promote trade that is fair to American workers,” Gaetz tweeted. “This is just a hit piece from the America Last crowd in Big Media, Big Tech & Big Government.”

Gaetz is facing a federal investigation into whether he broke sex trafficking laws and had sex with a 17-year-old girl. He has denied the allegations.