All but three House Republicans Wednesday voted against a Democrat-led effort to censure Rep. Paul Gosar and strip him of his committee assignments – but some Republicans around Congress are frustrated that the controversial representative’s actions changed the narrative right when Democrats were struggling politically.

“Leadership is pissed,” one House GOP aide told Fox News. “These petty distractions are a waste of energy, childish, unnecessary.”

The aide added: “The GOP is working hard right now with a ton of ammo, the last thing they need is random one-off crap from individual members.”

The controversy around Gosar, R-Ariz., centered on an anime video Gosar’s office made and posted of him killing Rep. Alexandria Ocasio-Cortez, D-N.Y., and attacking President Biden. Democrats quickly rallied to call for Gosar’s censure last week after the video was posted, and remained united in a 223-207 vote Wednesday. 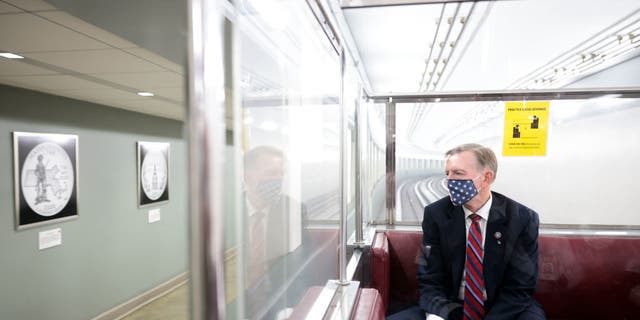 Gosar defended the video as a “symbolic cartoon” and emphasized on the House floor Wednesday that he took the video down “out of compassion” to those who saw it as a threat. And he said, “I do not espouse violence toward anyone. I never have. It was not my purpose to make anyone upset.”

And House Republicans staunchly opposed Democrats’ censure resolution against Gosar, which also included a provision to remove him from his committees – a highly unusual step in a chamber where party leaders usually get to decide their own party’s committee assignments.

House Minority Leader Kevin McCarthy, R-Calif., slammed Democrats for subscribing to the philosophy of “rules for thee and not for me” on the House floor.

But many in the party still made clear they didn’t approve of the content of the anime video.

“The video was certainly provocative and in my opinion inappropriate,” Rep. Tom Cole, R-Okla said, even as he warned that Democrats’ move to strip Gosar of his committee assignments “continues to set an extremely…. dangerous precedent for future Congresses.”

“He’s not your mainstream Republican, a lot of people think he’s kooky,” a different House GOP aide told Fox News. “He’s the type of Republican that’s far more a liability to the conference than an asset… There’s not much seriousness in his work.

“We can’t just be kicking people off committees… it’s a slippery slope,” the GOP aide also said. “No one’s defending — most of the conference is not defending what he did.”

A former aide to Gosar, meanwhile, said Gosar is “a smart person” and “a good person” who “just made some bad decisions.”

Gosar is “not a whackado,” the former aide told Fox News. “But he represents a very far-right district” and “has made the strategic decision to try to replicate Donald Trump’s bombastic style” because it’s “what the people want.” 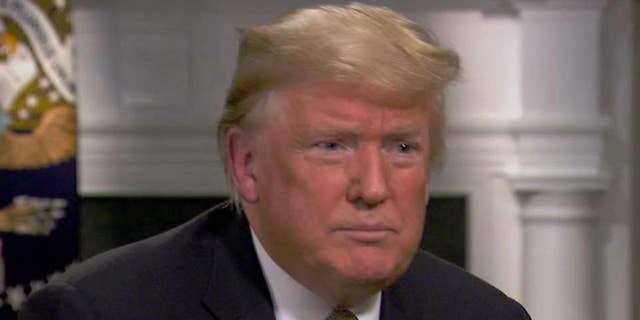 President Trump sits down for an interview with Fox News’ Laura Ingraham in the White House. Rep. Paul Gosar, R-Ariz., has a photo of Trump as his Twitter header.
(FNC)

“But attempting to replicate Donald Trump is going to get you in trouble,” the former aide added.

Gosar’s Twitter header notably is a photo of the former president.

“This is a distraction… and I think Gosar knows that and that’s why he took down the video,” the former aide also said.

The former Gosar aide also said that the congressman in previous years was “obsessed with getting legislative things done” but “sadly Trump has changed that.” The aide also compared Gosar’s recent actions to “Squad” members like Ocasio-Cortez.

“It’s just silly and sad and sad that… this is how you score political points these days,” the former aide said. “The squad has capitalized in promoting themselves, and you’re seeing that from people like Gosar now. It’s silly, it’s all silly.”

Gosar is the 24th person to ever be censured by the House. Tuesday was the first time the House has censured a member since 2010 when it censured Rep. Charlie Rangel, D-N.Y., for ethics violations relating to campaign fundraising. Before that, two members were censured for sexual misconduct with a House page in 1983.

Gosar’s office did not respond to a request for comment.