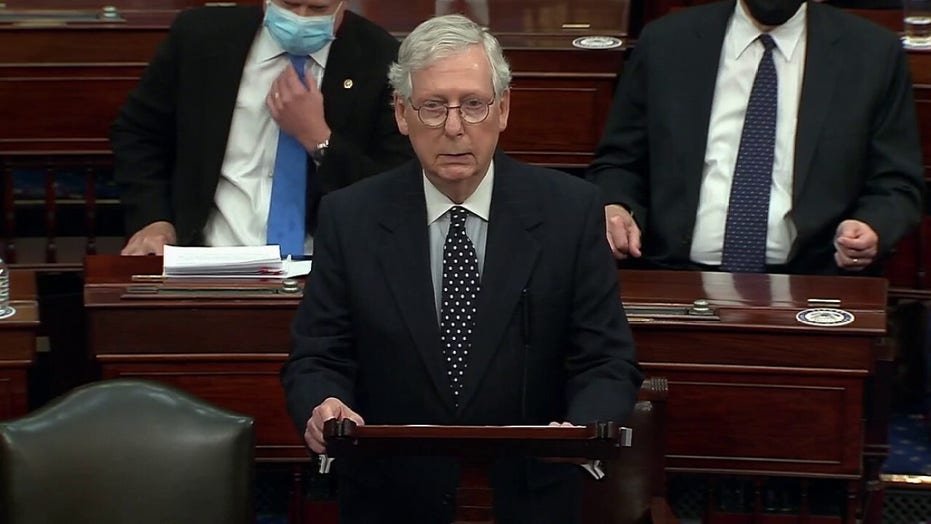 McConnell: ‘The US Senate will not be intimidated’

Graham, at times, has been a critic of President Trump but he has often been a close ally during his presidency.

The senator's remarks came as the Senate voted on certifying the Electoral College votes hours after a group of Trump supporters breached the Capitol, forcing an evacuation.

He said while he supported his colleagues' right to object to the election results, he wouldn’t support it and felt it is a "uniquely bad idea to delay this election."

Trump has been a "consequential" president, Graham said he believes, "but today…count me out. Enough is enough."

"When it’s over, it is over. It is over," he added emphatically.

He said even if he doesn’t agree, he will accept the rulings of judges in the contested battleground states and suggested that allegations of fraud in the election have been overblown. 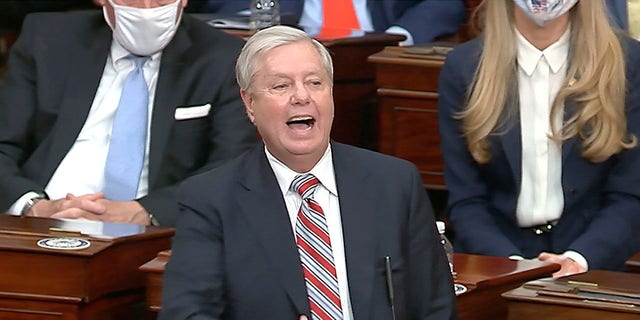 In this image from video, Sen. Lindsey Graham, R-S.C., speaks as the Senate reconvenes to debate the objection to confirm the Electoral College Vote from Arizona, after protesters stormed into the U.S. Capitol on Wednesday, Jan. 6, 2021. (Senate Television via AP)

He added that Vice President Mike Pence would do the "constitutional thing" despite Trump and some supporters claiming he has the power to overturn the election.

"As a conservative, this is the most offensive concept in the world that one person could disenfranchise 155 million people," he said. "To the conservatives who believe in the constitution now’s your chance to stand up and be counted."

He said while he hoped Biden would lose the election, "he won. He’s the legitimate president [elect] of the United States."

He added that he felt it was especially important for him to say: "Joe Biden and Kamala Harris are lawfully elected and will become president and vice president of the United States on Jan. 20."

While some noted their surprise over Graham splitting with the president over the election, some conservatives noted that he has not always been in lockstep with Trump.

"On no planet and in no universe has Lindsey Graham ever been Trump’s ‘biggest ally’ in Congress or anywhere else for that matter," Sean Davis, co-founder of The Federalist tweeted while criticizing another tweet from an ABC reporter.

In 2015, Graham, who had been an opponent of Trump's in the Republican primary, tweeted "If we nominate Trump, we will get destroyed…and we will deserve it." Graham also worked with Biden in the Senate and considers him a friend.