Sen. Josh Hawley, R-Mo., expressed strong opposition Tuesday to House Speaker Nancy Pelosi’s choice of retired Army Lt. Gen. Russel Honoré to lead the investigation into the security of the U.S. Capitol after the Jan. 6 attack by a pro-Trump mob.

Hawley told “Tucker Carlson Tonight” that the idea that Honoré would be appointed to lead the security review is “absolutely outrageous.”

“This is a guy who did what we’ve seen the liberals do time and again — he blamed the police first,” Hawley said. “He had no facts, no idea what actually went on and is out there blaming the police and saying they are complicit, that they helped the rioters. 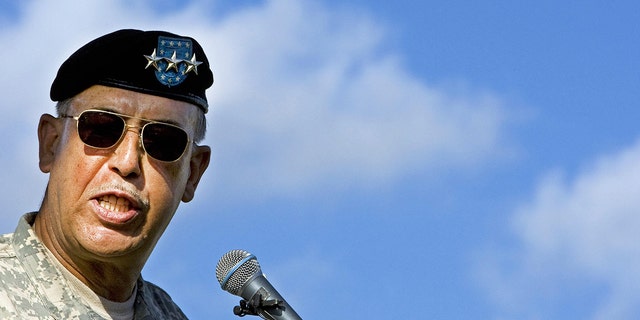 Honoré is known for his role in the response to Hurricane Katrina and more recently has made appearances on cable news that are often very critical of Republicans. This, and some of his social media commentary, has led to criticism from high-profile Republicans that Honoré may not be the best person for the job.

Honoré’s past comments, which Hawley described as “downright crazy”, were first highlighted in a previous segment on “Tucker Carlson Tonight.”

Hawley was specifically called out in a tweet from Honoré that called for him to be disbarred.

“This little piece of s— with his @Yale law degree should be run out of DC and Disbarred ASAP,” Honoré said in a post that now appears to be deleted.

Pelosi herself however had nothing but praise for Honoré when she announced last month that he would head an investigation into the security situation at the Capitol.